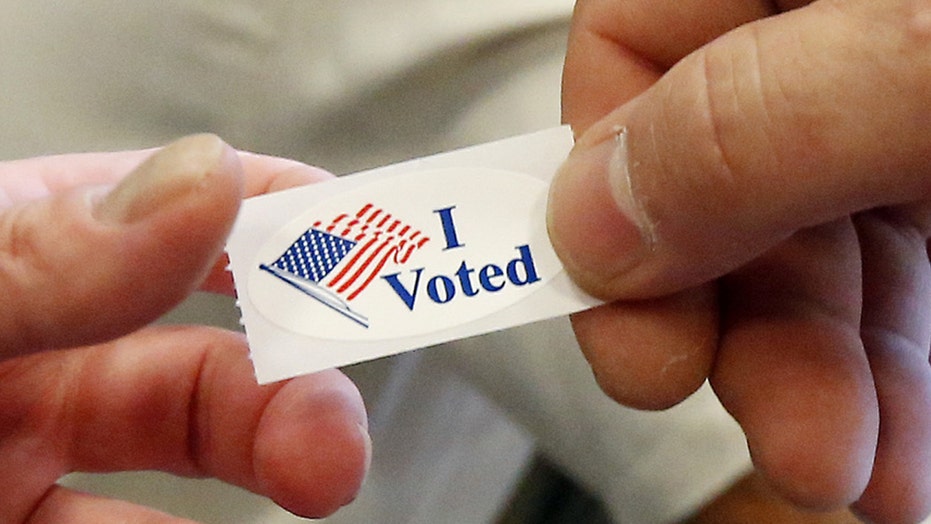 Will independent voters make all the difference in November?

Senate Republicans have taken big leads in key battleground states, according to a new poll – suggesting the presence of Donald Trump at the top of the ticket may not be as damaging for congressional candidates as some party leaders feared and complicating Democrats’ hopes of taking back control of the chamber.

Democrats are determined to pick up Senate seats this fall, and would need to gain five to win back the majority.

The Quinnipiac University Poll released Thursday, though, showed the top GOP candidates in solid position in Florida, Ohio and Pennsylvania.

While all three states have been eyed as potential Democratic pick-ups, Florida has seen the most drama lately, as former GOP presidential candidate and Sen. Marco Rubio recently reversed his vow not to seek re-election.

With him in the race, he is now leading potential opponents Rep. Patrick Murphy and Rep. Alan Grayson, 50-37 percent and 50-38 percent, respectively.

"Many talking heads have suggested that with Donald Trump at the top of the GOP ticket, Republican Senate candidates might suffer," Peter A. Brown, assistant director of the Quinnipiac University Poll, said in a statement. "But at least in these three key states, the Republican Senate candidates are running ahead of Trump and don't seem to be hurt by their shared party label."

The poll showed a particularly strong lead for Rubio, who is right at 50 percent despite only jumping back into the race last month.

Rubio had said repeatedly throughout his run for the Republican presidential nomination that he would not run for his Senate seat, but reversed course under pressure from senior party leaders. “I changed my mind,” Rubio said in announcing his decision.

He was mocked for his about-face, but it seems not to have had a significant impact on his poll numbers among Florida voters. Rubio is comfortably ahead as well with independent voters, 51-32 percent.

Republican strategists say there is reason for the party to be optimistic about holding the Senate.

“I think the odds of Republicans holding on to the Senate are pretty good," Eric Fehrnstrom a former adviser to 2012 GOP nominee Mitt Romney, told FoxNews.com. "A lot of the down ballot candidates are well-defined personalities. They are popular in their home states. They are running on their own records."

Republican strategist Ron Bonjean told FoxNews.com the Senate majority will depend, in part, on Trump’s performance.

"If Donald Trump can edge out Clinton in these states as well as others across the map, we will have a better chance at keeping the Senate. However ... should Trump lose the election [it] could have a devastating impact on the ability for Republicans to hold the Senate majority," he said.

Fehrnstrom added that candidates will have to walk a fine line with Trump, even as they keep their distance.

“I think it's important they not appear disloyal, especially as the presidential race tightens. If they're perceived as bashing Trump in a way that helps Clinton, that will hurt them with base voters,” he said.

Democrats shrugged off the Senate polls, saying it was too far out to take too much from a poll. A spokesman for the Democratic Senatorial Campaign Committee (DSCC), pointed to a Wall Street Journal/NBC poll that showed McGinty up by 3 points in Pennsylvania and Strickland tied with Toomey in Ohio.

“It’s not surprising that polls are all over the place four months from election day,” Samuel Lau, director of rapid response communications, told FoxNews.com “We are confident that come November, voters across the country will elect candidates who will fight for working families instead of the current Republican majority that isn’t doing anything unless it’s for the special interests.”

The polls come as Democrats have opened up a new front in the swing state of Indiana. Former Democratic Sen. Evan Bayh announced this week he will run for the seat to replace Republican Sen. Dan Coats -- a development that could dramatically improve the party's chances to win back the vacant seat, and Senate control along with it.

Republicans hold 54 seats in the Senate while Democrats hold 46, with 34 seats up for grabs in November.

Though Democrats need five seats to technically claim the majority, they could have de facto control of the Senate with just four if Hillary Clinton wins the White House – since the vice president breaks a tie.