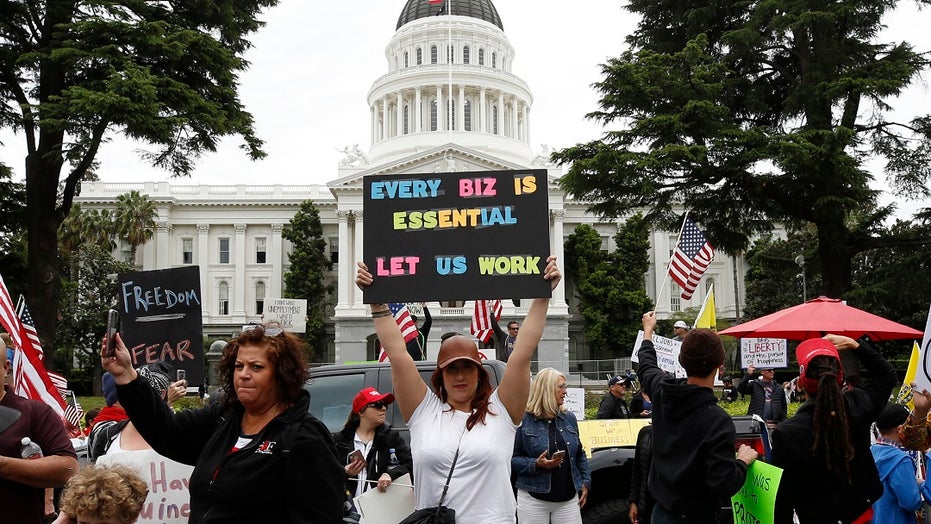 A firearms instructor and Republican congressional candidate are suing California Gov. Gavin Newsom and the California Highway Patrol over the rejection of their permit applications to hold protests at the Capitol to demand the rollback of restrictions amid the coronavirus pandemic.

The lawsuit filed Monday in the U.S. District Court for the Eastern District of California contends the permit denials violate the First Amendment, while noting the Capitol in Sacramento has hosted a variety of demonstrations. Newsom ordered CHP to temporarily stop granting permits for protests at the Capitol and other properties following an April 20 demonstration against his stay-at-home order.

Most people in attendance were not wearing masks and ignored social distancing rules. 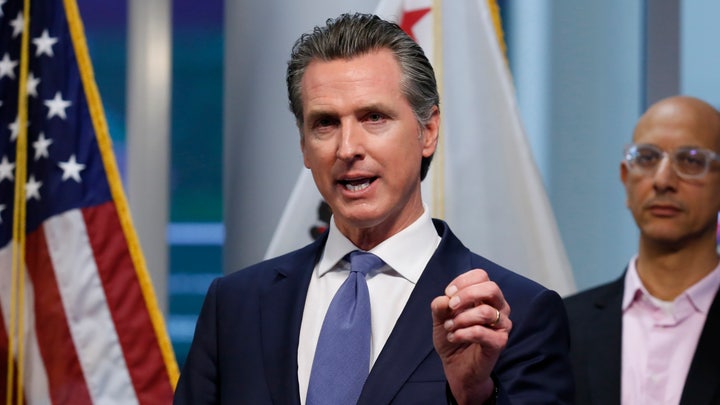 Chris Bish, a real estate agent and conservative Republican running to unseat Democratic Rep. Doris Matsui, told Fox News she had planned hold a May 2 protest at the steps of the Capitol building to demand Newsom open up California's economy.

"I felt it necessary because our constitutional rights cannot be put on hold," she said. "I attended the protest on the 20th. ... There were plenty of officers there not distancing, not wearing masks."

Ron Givens, an employee at the Sacramento Gun Club, said in the suit that he wanted to hold a protest over background check delays by the state Department of Justice for gun purchasers. The checks must be completed within 30 days, he said, according to the Sacramento Bee.

"Many of the firearm purchases by customers were motivated by a heightened need for personal safety during a pandemic and concerns that county sheriffs, such as Los Angeles County Sheriff, might shut down gun stores," the suit reads.

Newsom has given local authorities discretion deciding whether to keep gun stores open, drawing the ire of gun-rights advocates.

Givens said he submitted an application last week to hold the protest, according to the lawsuit. He said he planned to abide by Centers for Disease Control and Prevention guidelines and that he required the entirety of the Capitol to maintain social distancing.

His application was denied.

In this Monday, April 20, 2020, file photo, protesters calling for an end of Gov. Gavin Newsom's stay-at-home orders rally at the state Capitol in Sacramento, Calif. The California Highway Patrol announced on April 22 that it is temporarily banning rallies at the state Capitol and other state facilities due to the pandemic. (AP Photo/Rich Pedroncelli, File)

"By banning protests generally, and denying Givens’ permit specifically, Defendants have deprived Givens of the opportunity for airing his grievances against the government, including the State’s failure to conduct timely background checks for those wishing to purchase a gun and restrictions on speech activities,” the suit says. “Because the protest seeks to challenge Defendants’ handling of the coronavirus outbreak, it cannot be delayed until after the threat of that outbreak subsides and the State Order is lifted.

Bish said she will not hold a mass demonstration on Saturday if she isn't granted a permit.

"As an individual, I do reserve my right to protest and do what I think is right," she said. "As for me inviting other individuals or hosting an event where local enforcement wouldn't be able to maintain order, would be irresponsible on my part."

Newsom said last week that he respected the protester's rights but urged them to maintain physical distancing.

"If you're going to protest and express your right to free speech, do so in a way that protects not only your health, but the health of others," he said. "I deeply understand people's anxieties."

Newsom's office and Givens did not respond to messages from Fox News. A spokesperson for CHP told Fox News the agency doesn't comment on pending litigation.