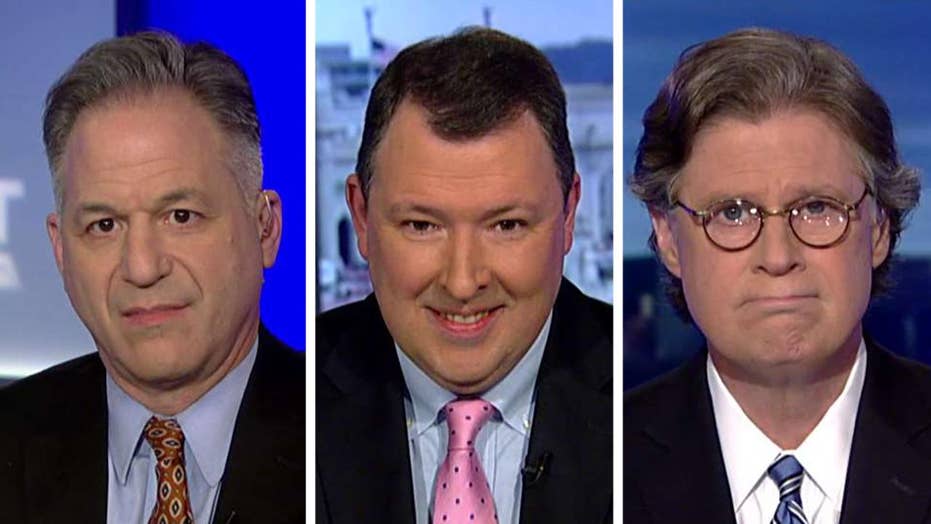 “It's set off this this firestorm of reaction. But what the attorney general said was accurate when he said, ‘I think spying did occur,’ and the question whether ...  it was adequately predicated,” York said on “Special Report.”

“And the fact is, the FBI wiretapped Carter Page, they monitored his electronic communications. You can look at the warrant application; it was all about the campaign. This is just actually a fact.”

"I think spying did occur," Barr said Wednesday during a hearing before the Senate Appropriations subcommittee. "The question is whether it was adequately predicated. …Spying on a political campaign is a big deal."

Barr later clarified: "I am not saying that improper surveillance occurred; I’m saying that I am concerned about it and looking into it, that’s all.”

Washington Post opinion writer Charles Lane said the use of the word “spying” was a mistake that Barr made that triggered everyone.

“Bill Barr is a very seasoned experienced lawyer who got into a little trouble today by not using lawyerly words. ‘Spying’ is an inflammatory term that kind of gets people triggered and if he had said a word like surveillance which is what he reverted to later we might not be having this discussion,” Lane told Bret Baier.

“So some kind of contact or surveillance or observation was going on of these people in Trump's orbit and to call it ‘spying’ I think was an indiscretion that triggered everybody.”