“Looks to me like it’s going to be SleepyCreepy Joe over Crazy Bernie [Sanders],” Trump tweeted. "Everyone else is fading fast!"

Trump's prior moniker for Biden was “Sleepy Joe,” but Trump has turned up the heat on the former veep as he dominates the polls in the race for the 2020 Democratic nomination. The new nickname appears to refer to accusations of inappropriate touching that dogged Biden before his campaign launch. Trump last month tweeted out a meme mock video of Biden touching, sniffing and groping himself.

"WELCOME BACK JOE!" he tweeted.

Trump regularly assigns nicknames to his political opponents, sometimes with devastating effectiveness. Republican primary rival Jeb Bush struggled to escape the shadow of “low-energy Jeb,” while Trump’s decision to brand election rival Hillary Clinton as “Crooked Hillary” zeroed in on the 2016 Democratic nominee’s difficulties shaking off her email scandal and other controversies. 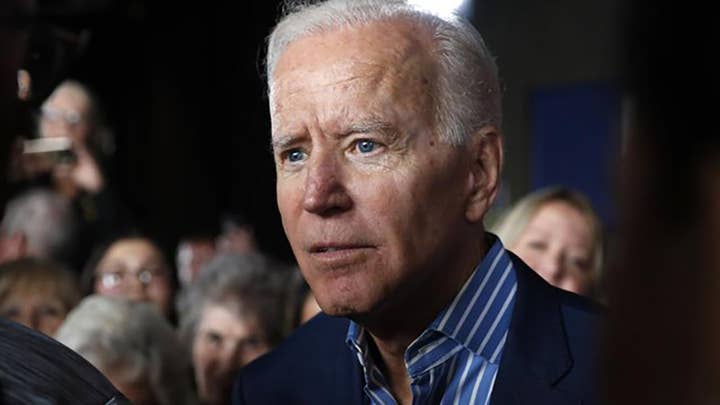 Biden was asked last week in South Carolina if he had a nickname for Trump, and said: "You can just start with clown."

Trump’s focus on Biden comes as the former vice president continues to build on a strong lead since announcing his long-awaited run last month.

A new Monmouth University poll in the vital primary state of New Hampshire shows Biden with 36 percent support among registered Democrats, with Bernie Sanders trailing him at 18 percent. All other candidates are in single digits.