Multiple Border Patrol agents are pushing back against Homeland Security Secretary Alejandro Mayorkas’ claim that the southern border is "secure" -- just as agents on the frontlines of the historic migrant crisis are struggling to cope with the overwhelming numbers facing them.

There were more than 207,000 migrant encounters in June alone, the fourth month in a row where the number of encounters breached the 200,000 mark. But Mayorkas, speaking at the Aspen Security Forum on Tuesday, dismissed claims about the border not being secure.

"Look, the border is secure," he said. "We are working to make the border more secure. That has been a historic challenge."

He then faulted lawmakers who have said they won’t commit to broad immigration legislation until the situation is addressed.

A U.S. Border Patrol agent stands on a cliff looking for migrants that crossed the border wall between the U.S. and Mexico near the city of Sasabe, Arizona, Sunday, January 23, 2022.  (Photo by Salwan Georges/The Washington Post via Getty Images)

"I have said to a number of legislators who expressed to me that we need to address the challenge at the border before they pass legislation and I take issue with the math of holding the solution hostage until the problem is resolved," he said.

"There is work to be done," he said before adding that "safe and secure are two different words."

"There are smugglers that operate on the Mexican side of the border and placing one's life in their hands is not safe," he said.

But Border Patrol agents who spoke to Fox News Digital did not share Mayorkas’ assessment.

"Hundreds of thousands crossing every month is not the definition of secure," one agent said. "They are liars and anyone who believes them are fools."

Brandon Judd, President of the National Border Patrol Council (NBPC) also disputed that the border is secure, pointing to not only the drug flows into the U.S., but also the number of migrants that get past agents.

REPS COMER, STEFANIK PUSH MAYORKAS ON FUNDING OF NGOS FOR MIGRANT RELEASES INTO US

"As bad as the apprehension numbers are, and they are beyond bad, the scariest part of border security is the gotaways and the amount of drugs that are coming into the country," Judd told Fox News Digital. "Secretary Mayorkas knows the cartels use illegal border crossers to facilitate their higher value contraband including criminal aliens and fentanyl." 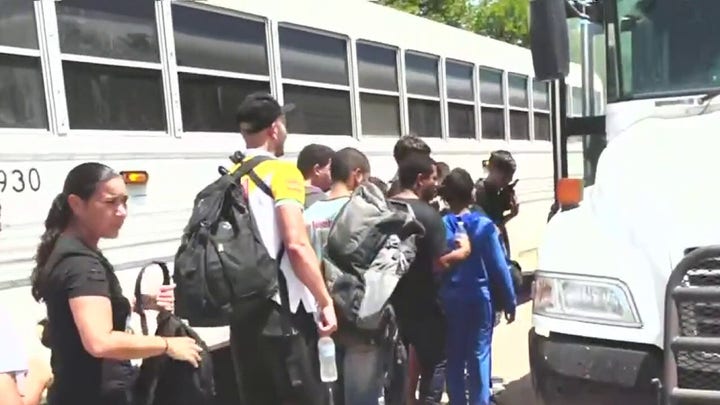 "Secretary Mayorkas knows we have the least secure border in our history as evidenced by nearly one million known gotaways and over 100,000 overdose deaths from narcotics coming across our southwest border," he said. "There are easy solutions but based upon the evidence and a refusal to implement programs to secure the border it is clear this Administration including Secretary Mayorkas clearly does not care about the American people."

"They're using issues like poverty, crime and climate change as reasons for asylum but those do not meet the legal standard of the law," they said, before saying the majority of asylum claims are "absolutely bogus."

"Mayorkas, [Border Patrol Chief Raul] Ortiz and [President] Biden are failures that do not have the support of agents and many command staff, they all have violated their ‘oath’ of office to defend the laws and Constitution and should be removed," the source said.

The Biden administration has focused its response to the crisis on targeting "root causes" of the crisis like corruption and poverty in Central America, as well as implementing what it calls "safe and legal pathways" for immigration and claiming asylum.

But Republicans and some border officials have accused the administration of exacerbating the crisis by making it easier for many migrants to be released into the U.S., narrowing interior immigration enforcement and stopping construction of the border wall.

Peter Hasson is a senior politics editor for Fox News Digital. Story tips can be sent to Peter.Hasson@Fox.com and on Twitter: @peterjhasson