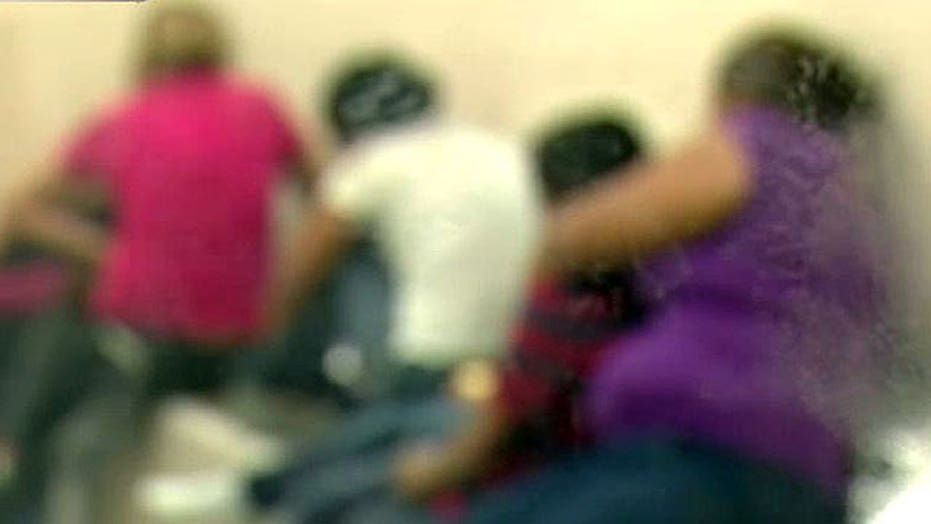 A bill to deal with the immigration surge on the U.S.-Mexico border won a temporary reprieve in the Senate Wednesday as lawmakers maneuvered to offer some response to the crisis before adjourning for the summer.

Senators voted 63-33 to advance the $3.5 billion emergency spending bill over an initial procedural hurdle. But with the GOP opposed, there was little expectation that the legislation would ultimately prevail with only days left before Congress' annual summer recess.

Republicans called the measure a blank check for President Barack Obama's failed policies and demanded policy changes opposed by Democrats to send the migrants back home more quickly. The bill also includes hundreds of millions of dollars to fight western wildfires and $225 million help Israeli self-defense, but lawmakers were making plans to deal with the money for Israel separately.

Still, Republicans and Democrats alike said the crisis of tens of thousands of unaccompanied Central American youths crossing illegally into South Texas demanded a response. Some Republicans voted in favor of moving forward Wednesday, saying they wanted to open debate on the measure in order to be able to offer amendments, though Democrats were expected to oppose such efforts.

"My constituents back home don't understand why in the world we would leave without fixing this problem, without addressing this humanitarian crisis," said Sen. John Cornyn, R-Texas. "If we don't do anything to deal with the causes or deal with a remedy for this growing humanitarian crisis, it's going to get worse."

The bill includes $2.7 billion for more immigration judges, detention facilities, enforcement measures and other steps to deal with the tens and thousands of youths who've been arriving illegally in South Texas without their parents. It does not include legal changes to permit authorities to turn unaccompanied Central American migrant youths around at the border without deportation hearings that existing law guarantees -- a GOP demand that Democrats say would send the kids back to terrible conditions.

Given that disagreement, there is no clear route to compromise.

Senate Majority Leader Harry Reid, D-Nev., said it was Republicans' fault that the Senate looked set to adjourn for August without addressing what both parties have called a humanitarian crisis on the border. Republicans "oppose everything the president wanted. Here is an example of that," he said.

House Republicans, meanwhile, were hoping they could act on their own solution, a slimmed-down, $615 million measure that leaves out the money for wildfires and Israel but includes the contentious policy changes rejected by Democrats. In addition to the legal change to send migrant youths home quickly, the House bill would dispatch National Guard troops to the border.

But there was no guarantee that House Speaker John Boehner would be able to count on enough support to pass the bill as he aimed for a vote Thursday.

Many conservatives remained skeptical, and Reid fomented those concerns by threatening to use the House bill as a vehicle to attach the Senate's comprehensive immigration overhaul bill, which the House has rejected.

"So let me be as clear as I can be with Sen. Reid: The House of Representatives will not take up the Senate immigration reform bill or accept it back from the Senate in any fashion," Boehner said in a statement.

More than 57,000 unaccompanied minors have arrived since October, mostly from El Salvador, Honduras and Guatemala. Many are fleeing vicious gangs and are trying to reunite with family members, but they also are drawn by rumors that once here, they would be allowed to stay.

The Homeland Security Department says overwhelmed border agencies will be running out of money in coming months, and President Barack Obama asked Congress to agree to provide $3.7 billion.