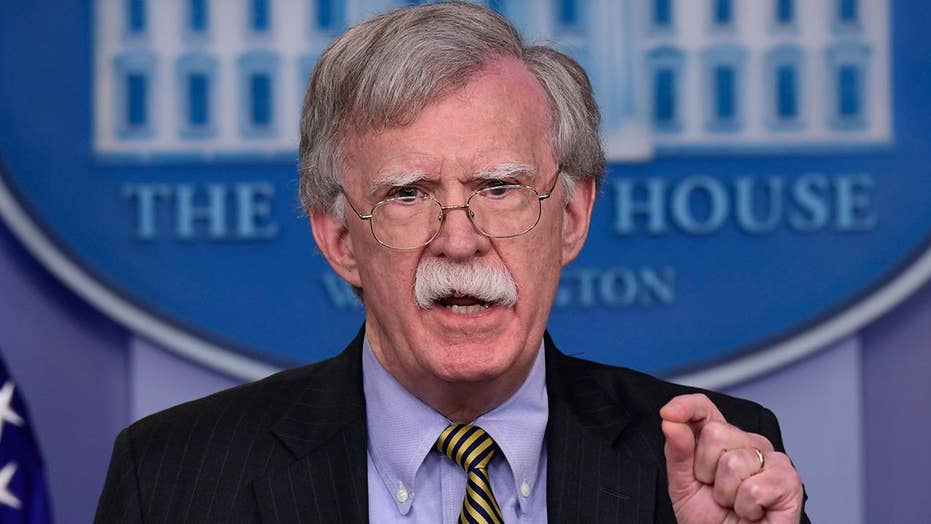 Bolton: Iran made a mockery of the Treaty of Amity

National Security Advisor John Bolton on U.S. decision to pull out of 53-year-old treaty with Iran.

National Security Adviser John Bolton asked the Pentagon last fall to develop military options for a strike against Iran following a mortar attack in Baghdad by a Tehran-backed militant group, a request one former official said "shocked" some in the meeting.

While it is unclear if the president knew of the plans, Bolton’s request worried many in the Pentagon and the State Department concerned with the more hawkish approach toward Tehran.

According to a former U.S. national security official, Pentagon participants at the meeting were “shocked and dismayed” at the request, concerned that such an escalation could lead to all-out war with Iran. Then-Defense Secretary Jim Mattis, joined by Secretary of State Mike Pompeo, “resisted” the request. While the Pentagon did provide military options to the National Security Council, Mattis “tried to manage expectations.”

Ultimately, the U.S. did not respond militarily.

“It definitely rattled people,” one former senior U.S. administration official told the Wall Street Journal, which first reported on the request. “People were shocked. It was mind-boggling how cavalier they were about hitting Iran.”

Col. Rob Manning, a Pentagon spokesman, said in response to the report: “The Department of Defense is a planning organization and provides the President military options for a variety of threats; routinely reviewing and updating plans and activities to deal with a host of threats, including those posed by Iran, to deter and, if necessary, to respond to aggression.”

Garrett Marquis, a spokesman for the National Security Council, similarly told the Journal that the council “coordinates policy and provides the president with options to anticipate and respond to a variety of threats.”

“We continue to review the status of our personnel following attempted attacks on our embassy in Baghdad and our Basra consulate, and we will consider a full range of options to preserve their safety and our interests,” he said.

The mortar attack targeted Baghdad’s diplomatic quarter, which is home to the U.S. Embassy. The three mortars, however, landed in an open lot and nobody was harmed in the attack.

Bolton, a hawk who previously served as ambassador to the United Nations under President George W. Bush, has been vocal about his support for a regime change in Tehran and the report of the military options against Iran highlight the more confrontational approach toward the Islamic Republic the administration has taken since he took the post at the NSC in April. 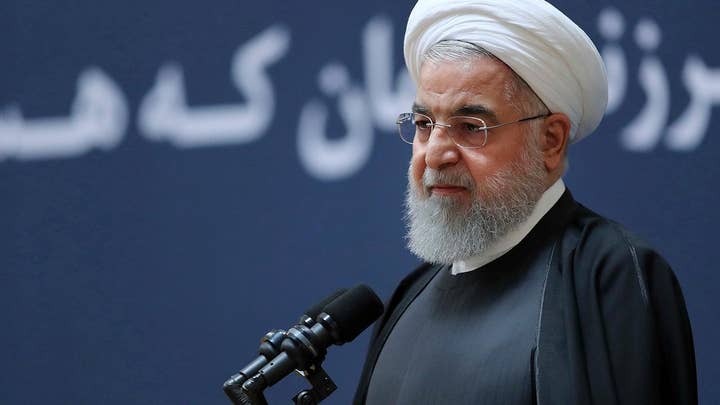 While Bolton’s approach has seen him butt heads with a number of people in Trump’s Cabinet – most notably Mattis – he has found an ally in Pompeo.

Last year, Bolton quickly pulled the U.S. out of the nuclear-containment deal brokered during the Obama administration and tightened economic sanctions against Iran – moves that were championed on the campaign trail in 2016 by then-candidate Trump.

In speech in September, Bolton sent a stark warning to Tehran that there would be “hell to pay” if the country threatened America or its allies.