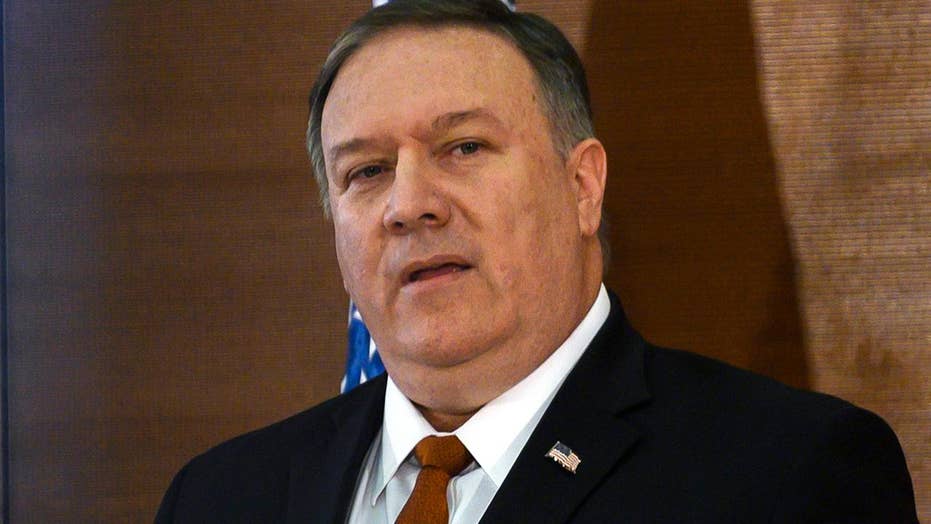 Secretary of State Pompeo announces international summit on Iran, will other countries join the US in sanctioning them?

The Islamic Republic of Iran unleashed yet another crackdown on the country’s struggling Christian minority before and after Christmas, prompting international calls for help - and for much tougher action against the repressive regime.

The Iranian group Alliance for Rights of All Minorities reported on December 30 that “nine Christians were arrested in Karaj, Iran on alleged charges of affiliation with Christian Zionists and recruitment of Muslims to home churches. The arrests are also based on fears that this group intends to harm Iran and insult Iran.”

Just weeks earlier, Iran’s regime had carried out a crackdown on practicing Christians that resulted in the incarceration of more than 100 people, according to Open Doors UK, a Christian human rights group, and other Christian media outlets. The mass arrests were meant to intimidate Christians into not spreading their faith during the Christmas period.

POMPEO, AT SITE OF OBAMA'S ADDRESS TO MUSLIM WORLD, REBUKES HIS LEGACY: 'AGE OF SELF-INFLICTED AMERICAN SHAME IS OVER

“The Iranian regime has long persecuted Christians, Baha’is and other religious minorities. The recent uptick in repression, specifically targeting Christians and Christian converts, is alarming and unacceptable," Sen. Marco Rubio, R-Fla., who has spoken up for persecuted Christians, told Fox News. "The U.S. must continue to raise the cases of individual political prisoners and pressure the Iranian regime to end its gross human rights and religious freedom violations.”

Sen. Ted Cruz, R-Tx., told FoxNews.com: “The Ayatollahs persecute Christians, and anyone else who refuses to accept their theocratic vision, because they fear freedom of conscience. Iran’s repeated and worsening persecution of Christians is unacceptable and must stop. It is imperative that we support religious liberty around the world, and work to end the persecution of Christians and people of all faiths.”

The spike of persecution by Iran prompted calls for tougher international action against the regime. Alireza Nader, the CEO of New Iran, a research and advocacy organization based in Washington, D.C., told Fox News: “Europe should find new ways of improving human rights, including actively supporting the real democratic opposition forces, and not fake reformists.”

He added: “Christianity may be the fastest growing religion in Iran, a fact which worries a regime fanatical about its ability to enforce a rigid conformity. The fact that so many Iranians are turning away from Islam and to Christianity means its efforts to create an ideal Islamic society has failed.

"U.S. and European leaders should publicize the plight of Christians as much as possible. The Europeans are lagging in this regard as they assume that the state of instability in Iran may somehow still be resolved by preserving JCPOA [the Iran nuclear deal] and counting on so-called Iranian reformists, who in reality are totally powerless.”

The 2015 Joint Comprehensive Plan of Action - better known to some as the Iran nuclear deal - aims to curtail Iran’s nuclear weapons ambitions for a limited period, in exchange for sanctions relief. The Trump administration withdrew from the JCPOA in May 2018 because the agreement failed to stop Iran’s drive to secure nuclear weapons or to halt its aggression and ballistic missie program in the Middle East, according to President Donald Trump.

Iranians walk past Christmas decorations in a street in the capital Tehran on December 24, 2017, on Christmas eve. (ATTA KENARE/AFP/Getty Images)

The persecution of Christians has continued during the presidency of the so-called moderate Hassan Rouhani. An Islamic cleric, Rouhani has claimed that “Christians have the same rights as other do,” despite international reports detailing the violent repression of Iranian Christians. In a late December sermon in Tehran that was translated by The Middle East Media Research Institute, Ayatollah Ahmad Khatami, a senior member of the Assembly of Experts, declared that “Christians should honor Jesus and chant ‘Death to America.’”

There are believed to be roughly 350,000 Christians in Iran, a number that is rising as more Muslims convert to Christianity.

Nasrin Amirsedghi, a leading Iranian dissident in Germany, has written and lectured on human rights violations in the Islamic Republic. She told Fox News: “This regime belongs in the dustbin in history like Nazism. Forty years! These are four lost generations, including a destroyed culture. A rich culture, author of the first human rights declaration, centuries before Christ.”

The Islamic Revolution that broke out in 1979 created a regime determined to export its brand of militant Shi’ite Islamism. Amirsedghi, who fled her country to escape persecution, said the way to “save Iran, its people, its minorities and how to pacify the Middle East is only through the formation of an ‘alliance of the willing’ who would be willing to do everything in their power not only to support the democratic calls, [but also] calls for justice, prosperity and peace of the Iranians, if necessary militarily.”

“The mullahs have to go,” she said.

Saba Farzan, the German-Iranian executive director of Foreign Policy Circle, a strategy think tank in Berlin, told Fox News, “The continued systematic persecution of Christians in Iran requires a tough response by the U.S. and its allies. Hard economic sanctions should be backed by a very visible campaign of naming and shaming the Iranian Islamic tyranny for denying its own citizens an absolute basic human right: freedom of religion. Especially the U.S. with its rich history of religious freedom and tolerance is seen by so many Iranians from all walks of life as a shining example. To back Iranian Christians is an important step to achieve freedom for all Iranians.

Iran’s foreign ministry in Tehran did not immediately respond to a Fox News request for comment. Iran’s government wrote that a press request “will be sent to the relevant section and reviewed.”