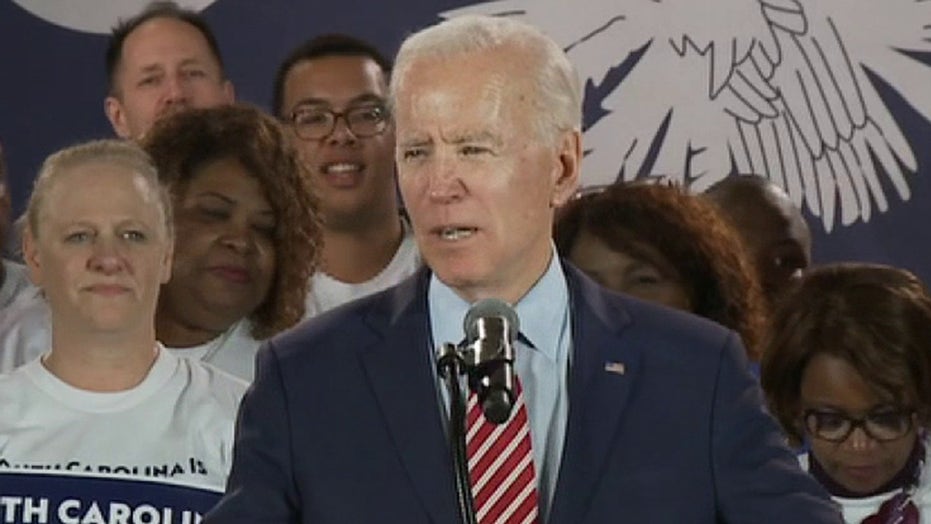 Former Vice President Joe Biden vowed a comeback Tuesday as he hosted a kick-off rally for what could be the make-or-break leg of his campaign in South Carolina, after a distant finish in New Hampshire’s first-in-the-nation primary.

Biden abruptly announced Tuesday morning that he wouldn’t spend primary night in New Hampshire as planned and would instead host the event in South Carolina -- the state he’s long considered his campaign firewall.

But even after early New Hampshire results posted -- showing him badly trailing the leaderboard of Sen. Bernie Sanders, I-Vt., former South Bend Mayor Pete Buttigieg and Sen. Amy Klobuchar, D-Minn. -- the former vice president still confidently asserted Tuesday night that he would be able to pull out a win.

“It is important that Iowa and New Hampshire have spoken, but we need to hear from Nevada and South Carolina and Super Tuesday and beyond,” he said. “We haven’t heard from the most committed constituents in the Democratic Party -- the African American community -- or the fastest-growing segment of the party -- the Latino Americans.”

“You all know you own my heart,” he said. “You shouldn’t be able to win the presidency without support from black and brown voters.”

He added: “It ain’t over man. We’re just getting started.”

Minutes before, Biden and his wife, Dr. Jill Biden, spoke via video message to voters in New Hampshire, and Joe Biden said he’d be back.

He added: “Don’t go away. We’re coming back. We love you. We’ll see you in the General.”

Neither Biden nor Sen. Elizabeth Warren, D-Mass., was positioned to finish in the top three positions in New Hampshire, according to an early Fox News Voter Analysis.