How a Biden presidency would impact immigration

Democratic nominee Joe Biden will reverse a number of President Trump’s policies on immigration if elected to the White House -- something that supporters believe will lead to a more humane approach, but that officials at the border and in the White House are warning will lead to chaos.

While the issue has not been as central to the 2020 race as it was in 2016, the two candidates differ significantly on how to handle both legal and illegal immigration, with Biden promising to halt or reverse many of Trump’s policies.

On Thursday, the Trump administration marked nearly 400 miles of border wall built at the southern border since 2017, but it’s something Biden would stop.

“There will not be another foot of wall constructed under my administration,” Biden has promised.

The wall was a very controversial policy proposal, and led to a number of battles for funding for the project as it faced significant Democratic opposition. But officials at the border are warning that those miles are necessary to help stop flows of illegal immigration, and without it, it makes their job a lot harder.

“We don’t necessarily need this physical wall in every physical location but in a lot of places up to about 738 miles that are currently funded, we believe we do,” Border Patrol Chief Rodney Scott told Fox News.

It’s not the only thing Biden would stop. He has also promised to place a 100 day moratorium on deportation, significantly increase the refugee cap, and scrap a number of policies the administration has put in place to stop the flow of migrants. 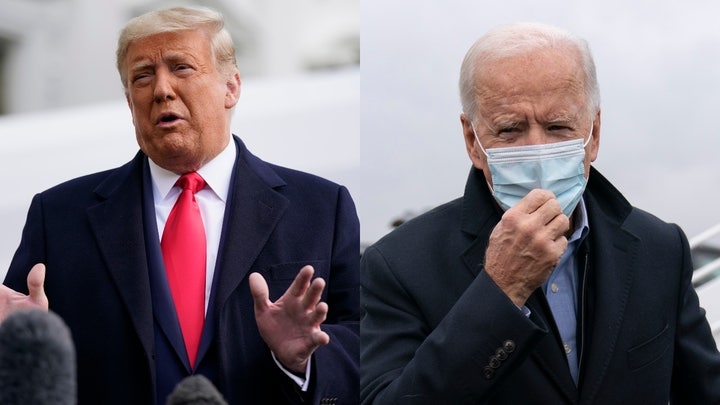 Particularly, Biden has pledged to end the Migrant Protection Protocols (MPP), which keeps migrants in Mexico as their hearings play out. Known as the “Remain-in-Mexico” policy, opponents have claimed it puts migrants in danger, but Trump officials say it has been key in ending “catch-and-release” by which migrants were released into the U.S. instead.

Border officials warn that ending such policies, including the 100 day moratorium on deportations, could lead to a surge across the border.

“When that happens we’ll quickly overrun our capacity to hold those people and we’ll be back in the situation where we have to release people if the laws don’t change,” Tony Porvaznik, Border Patrol Chief of Yuma Sector, told Fox.

It’s something the Trump campaign and White House officials have sought to highlight in recent days. White House advisor Stephen Miller has warned of “nationwide catch-and-release” if Biden is elected, and has promised that a second term of Trump will take his current policies to the next level.

Biden’s campaign meanwhile has taken aim at what it describes as Trump’s “anti-immigrant agenda.”

“All they have to offer is four more years of hateful rhetoric and division and policies that will end America’s historic role as a symbol of freedom and prosperity, and as a beacon of hope for those fleeing violence and oppression anywhere in the world,” Biden said in a statement on Friday.

“We have to vote out Donald Trump in 4 days to make sure we can undo his cruel, anti-American agenda, and ensure the United States is once more the global leader standing for  freedom, prosperity, and liberty for all,” he said.