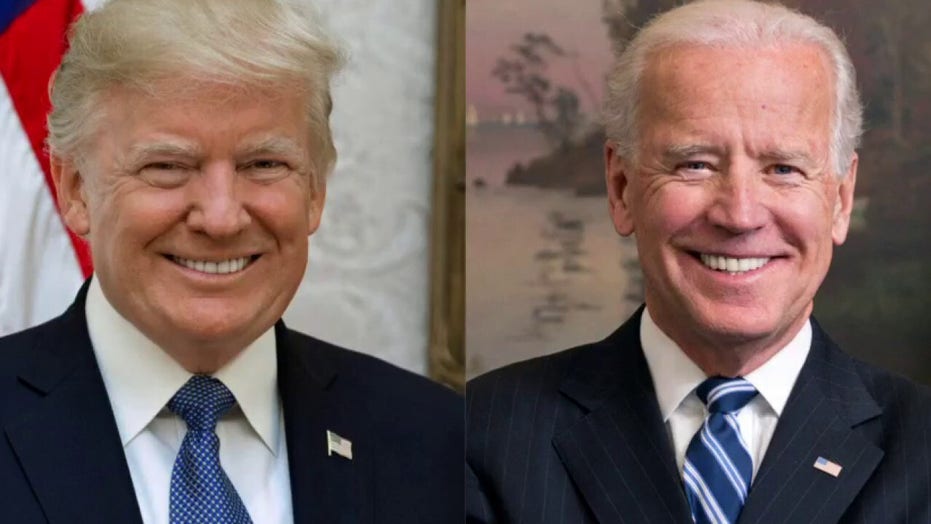 The 2020 battle between President Trump and Joe Biden heats up against backdrop of violent nationwide protests; reaction on 'The Five.'

It’s been nearly half a century since a Democratic presidential candidate carried Texas. You have to go all the way back to Jimmy Carter in 1976.

But a new poll in the Lone Star State suggests that Texans are split right now between President Trump and Democrat challenger Joe Biden, with five months to go until the November general election.

BIDEN HAS EDGE OVER TRUMP ON HANDLING RACE RELATIONS: POLL

According to a Quinnipiac University survey released Wednesday, 44 percent of registered voters in Texas say they’d vote for the GOP incumbent if the election were held today, with 43 percent saying they’d support the former vice president and presumptive Democratic nominee. Seven percent say they’re unsure or don’t know, and 3 percent indicate they’d back a different candidate.

The president’s 1-point edge over Biden is well within the poll’s margin of error.

“Too tight to tell in Texas. As the country confronts chaos and COVID-19, perhaps one of the most important states of all is a toss-up,” Quinnipiac University polling analyst Tim Malloy said.

Trump won the longtime red state by 9 points in the 2016 election, down from Republican nominee Mitt Romney’s 16-point win over then-President Barack Obama in Texas in 2012.

Republicans questioned in the survey overwhelmingly back the president, with Democrats overwhelming supporting Biden. Independents back the former vice president by a 45-36 percent margin, according to the poll. There’s a vast gender divide, with women supporting Biden by 22 points and men backing Trump by the same margin.

The president’s job approval in Texas stands at 45 percent approval and 50 percent disapproval, unchanged from September 2019.

Nearly 6 in 10 questioned in the survey say Texas voters should be allowed to cast a ballot by mail due to health concerns over the coronavirus pandemic, with 4 in 10 disagreeing. But there’s an expected wide partisan gap, with 91 percent of Democrats and 61 percent of Independents supporting mail-in voting and 68 percent of Republicans opposing it.

The Quinnipiac University poll was conducted May 28 through June 1, with 1,166 self-identified registered voters in Texas questioned by live telephone operators. The survey’s overall sampling error is plus or minus 2.9 percentage points.