The outcome of the 2020 presidential election remains unclear the morning after Election Day, with several battleground states still too close to call and both campaigns ready to push forward with litigation over ballot counts.

President Trump said early Wednesday his legal team will be "going to the U.S. Supreme Court," and that "we want all voting to stop."

"We don’t want them to find any ballots at 4:00 in the morning and add them to the list," he said, with Georgia, Michigan, Nevada, North Carolina, Pennsylvania and Wisconsin still undeclared.

Democratic nominee Joe Biden's campaign fired back, calling the comments "outrageous, unprecedented, and incorrect" and "a naked effort to take away the democratic rights of American citizens."

"If the president makes good on his threat to go to court to try to prevent the proper tabulation of votes, we have legal teams standing by ready to deploy to resist that effort," said Biden campaign manager Jen O'Malley Dillon. "And they will prevail."

All of the states yet to be declared Wednesday morning have seen lawsuits over proposed deadline extensions that would have allowed mail-in ballots to be counted if received after Election Day.

Pennsylvania, which had been predicted to be a potential key state, could remain undeclared for days, if not longer. Too many mail-in ballots remain uncounted with several counties waiting until Wednesday to tally them. At daybreak, President Trump held a substantial lead over Joe Biden, but Democratic officials were confident that would change.

“When all the votes are counted Vice President Joe Biden is going to win Pennsylvania and be well on his way to necessary electoral votes to win the Presidency,” Sen. Bob Casey, D-Pa., tweeted early Wednesday. “It's going to take time and we all need to exercise patience.”

Trump's personal attorney Rudy Giuliani disputed this in an early morning tweet, pointing to how Trump was leading Biden by roughly 700,000 votes at the time.

"It is a lie that it is too close to call," Giuliani said.

Pennsylvania's votes will likely not be tallied for several days, as predicted by Pennsylvania Secretary of State Kathy Boockvar. While most states began processing early votes in advance, Pennsylvania does not begin the counting process until Election Day itself. The state is currently allowing mailed ballots postmarked by Election Day (and those without postmarks) to be counted until Friday, but ballots received after Tuesday will be segregated until the Supreme Court determines how they should be handled.

Republicans are in the process of challenging a Pennsylvania Supreme Court decision that granted the three-day extension for mail-in ballots. They also filed lawsuits Tuesday over whether voters whose mail-in ballots were disqualified should have been permitted to submit a provisional ballot, and whether officials in Montgomery County acted improperly by letting voters fix problems with their mail-in ballots before Tuesday.

It remains possible that none of these lawsuits will matter, depending on the results of the total vote count. The difference between Trump and Biden could end up being greater than the number of ballots in dispute.

But Pennsylvania is just one state that hangs in the balance where legal battles are either expected or already underway. The Trump and Biden campaigns have assembled armies of attorneys to wage war in cases.

Trump’s campaign has formed what it has called “Lawyers for Trump,” a coalition to “protect the integrity” of the election.

The Biden campaign, meanwhile, built a massive "election protection program," including former Attorney General Eric Holder and hundreds of other lawyers in preparation for a legal battle in the event of a contested election.

A national team for special litigation features former Solicitors General Donald Verrilli and Walter Dellinger, and a team at the law firm Perkins Coie, which is headed by Marc Elias. Perkins Coie played a key role in Hillary Clinton’s 2016 campaign, and it was Elias who Fusion GPS, the firm that conducted opposition research that ultimately included Christopher Steele’s dossier.

The Biden team's lawyers will focus state-by-state on protecting voter access to the polls and a “fair and accurate vote count.” 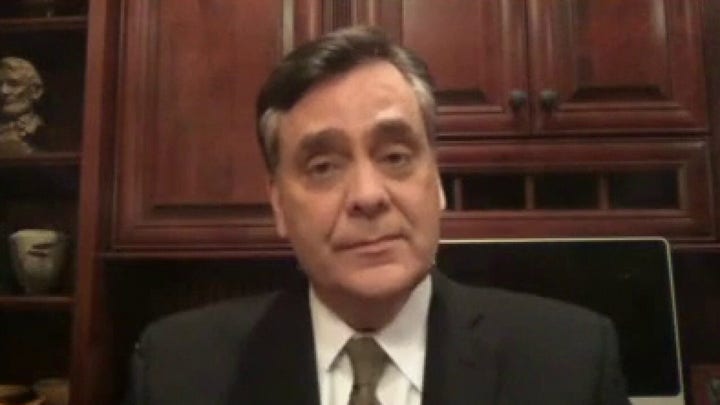 In North Carolina, which was also too close to call early Wednesday, a deadline extension for mail-ballots allowed votes to be counted if they are received by November 12. Nevada, also still up in the air Wednesday morning, allows ballots to be received until November 10.

Michigan, Wisconsin, Georgia and Maine — which all remained undeclared Tuesday night — kept Election Day deadlines for accepting mail-in votes, but not without legal challenges that sought extensions. Minnesota also segregated late ballots during a battle over a seven-day extension, but the Fox News Decision Desk projects Biden to win that state.

Biden attorney Bob Bauer said Tuesday that many lawsuits from Republicans the around the country were only meant to get attention and to arouse suspicion, lacking any legal basis.

"They're designed to generate the appearance of a cloud over the election," he said, according to The Associated Press. 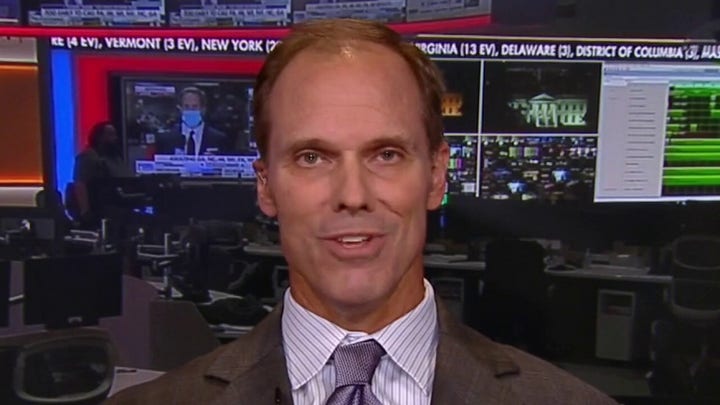 Court documents and a number of judicial rulings would suggest otherwise, however. One argument that has often been raised in opposing deadline extensions is what is known as the Purcell principle — the idea put forth in the Supreme Court’s 2006 decision in Purcell v. Gonzalez that courts should not change election rules close to an election, out of fear it could confuse voters.

Given that Election Day has come and gone and votes have been cast, the GOP would likely have to rely on other legal theories. In Pennsylvania and North Carolina, those arguments have involved whether the bodies that granted the extensions had the authority to do so. Typically, it is up to state legislatures to set election rules. Pennsylvania’s deadline extension was granted via court order after a request from Democrats. In North Carolina, a state election board made the change without the legislature.

These battles and others could mean the country may not learn the ultimate outcome of the election for weeks. Trump appeared to grow impatient early Wednesday.

The Biden campaign pushed back in a statement of their own.