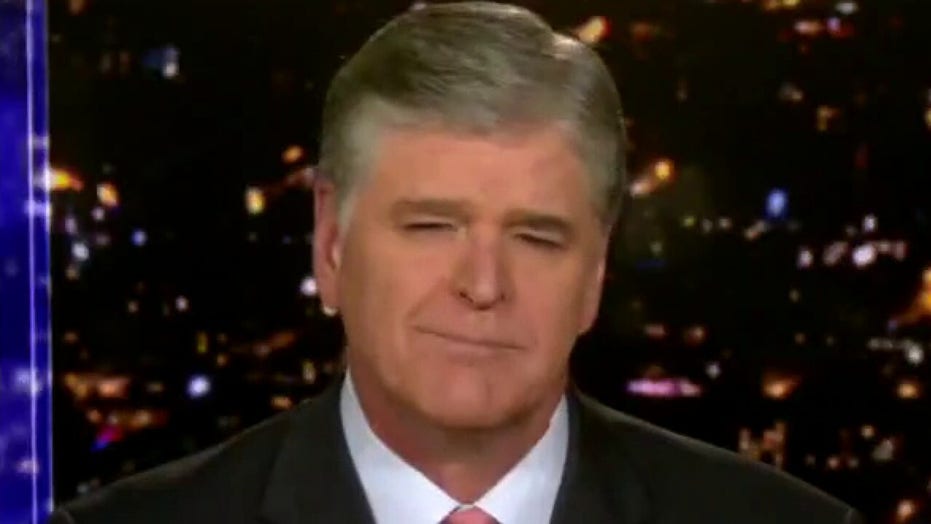 What did Biden do to end racism during his six terms in the U.S. Senate and two terms as vice president?

Joe Biden is set to attend a high-roller fundraiser Thursday evening headlined by anti-police activist John Legend, who has openly promised that he'll try to push the former vice president towards totally defunding law enforcement and adopting other far-left positions.

Legend has argued, for example, that President Trump's base consists of white supremacist terrorists -- a line of attack reminiscent of Biden's assertions that 10 to 15 percent of Americans are "just not very good people," and that many Trump supporters believe "Mexicans are rapists and all Muslims are bad."

“There is no chance that Joe Biden will be able to stand up to the ‘Defund the Police’ movement engulfing the Democrat Party and a growing number of his most visible supporters, now including John Legend," Trump campaign communications director Tim Murtaugh told Fox News.

"Disbanding police departments nationwide would send the country spiraling into chaos," Murtaugh added. "The ‘Defund the Police’ train has already left the Democrat station and Joe Biden is a hapless passenger, whether he knows it or not.”

Rolling Stone reported last week that Legend was one of several celebrities to sign an open letter calling for police to be defunded. The letter concludes: “Vote no on all increases to police budgets. Vote yes to decrease police spending and budgets. Vote yes to increase spending on Health care, Education, and Community programs that keep us safe.”

Legend has tweeted that "we spend far too much on policing," and remarked on June 7: "I'm almost 100% sure Biden won't be tweeting #DefundThePolice. It's the job of activists to push these politicians toward meaningful change."

At the same time, the singer has also condemned private gun rights, claiming falsely that the Second Amendment was intended to preserve slavery. Biden has vowed to put Beto O'Rourke in charge of gun-control efforts; O'Rourke, in turn, has unequivocally said he would confiscate Americans' rifles at the first opportunity.

Legend's wife, Chrissy Teigen, has pledged $100,000 (and later doubled that amount) to "bail out" protesters "across the country." That move drew criticism, given that many protesters damaged property and attacked police officers.

And, as President Trump moved to designate Antifa a terrorist organization earlier this month, Legend dismissed the group as a "minuscule group with almost no influence or impact."

"Meanwhile actual white supremacist terrorism has been a persistent part of American life for centuries," Legend said. "Trump will never name them a terror group though. They're his base."

Despite his strong advocacy for the vice president now, Legend's support for Biden in 2020 was not a given. In 2019, he remarked, "Republicans play to win. Biden plays to impress a panel on Meet the Press and Morning Joe."

He also charged: “Bernie was more successful at running for Dem nomination in 2016 than Biden was in his two previous attempts. Both have won small state US Senate races multiple times. VP doesn’t count because no one was voting for Biden. They were voting for Obama.”

Calls for defunding or even disbanding police departments have gained momentum among left-wing activists in the aftermath of George Floyd's May 25 death in Minneapolis. That city's councilmembers have since indicated that they have enough votes to disband their police department.

On Monday, Minneapolis City Council President Lisa Bender told CNN that people worried about having no one to call during a home invasion were speaking from a "place of privilege." Those comments drew widespread backlash.

However, several key Democratic have come out against defunding police. Sen. Cory Booker, D-N.J., said Sunday that it is "not a slogan I will use." On Monday, Biden's campaign released a statement saying Biden “does not believe that police should be defunded.”

"Let me be clear: We can't leave this moment and once again turn away and do nothing. We need justice. We need action. We need reform," Biden wrote on Twitter.

Donald Trump Jr. immediately responded: "It makes me wonder why you didn’t do any of these things in the first 50 years of your Washington DC career… Give me a break!!!"

Some Democrats have also come out against Biden appearing in public. Top Biden surrogate Terry McAuliffe told a videoconference meeting of Virginia Democrats over the weekend that the former vice president should remain in his basement -- where he has famously campaigned remotely during the coronavirus pandemic -- and that Democratic officials are broadly "preferring" that Biden stay out of the limelight.

Fox News has exclusively obtained a video of McAuliffe's Norfolk comments, which came after Biden has made a series of gaffes in his already-limited public appearances as he social distanced from home -- including by declaring that African-Americans who support President Trump "ain’t black."

"He's doing a lot of local," McAuliffe added. "He's talking to two, three governors a day. He's doing roundtables, Zoom calls. A lot of it's being done in those six battleground states that we have going forward."

Trump has hammered Biden repeatedly for remaining in his basement and has openly questioned whether Biden remains mentally competent.

Also on Thursday, Trump will reportedly head to Dallas to hold his own fundraiser, which is slated to net a whopping $10 million. The event will be the first of its kind for the president since the coronavirus pandemic began.