President Biden said that he supports Congress ending the filibuster to pass legislation protecting a national right to abortion on Thursday.

Biden made the announcement during a press conference at a NATO summit in Spain. Biden originally supported keeping the Senate filibuster when he entered office.

Reporters pressed Biden on what executive action he may take to secure abortion access nationally following the Supreme Court's decision to overturn Roe v. Wade last week. Biden responded that the only solution is to codify Roe in Congress.

"The foremost thing we should do is make it clear how outrageous this decision was," Biden said. "I believe we have to codify Roe v. Wade in the law, and the way to do that is to make sure that Congress votes to do that." 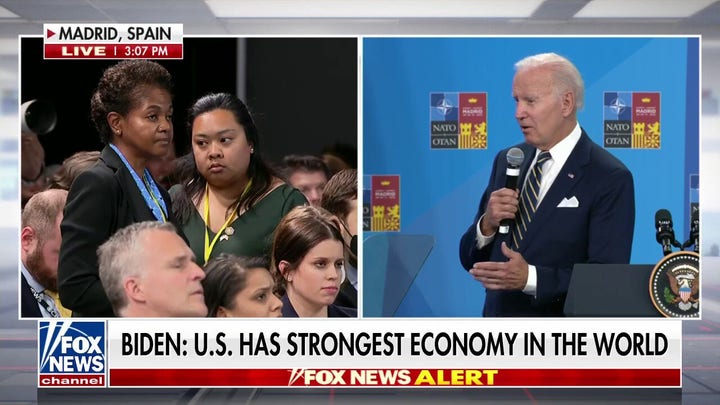 President Biden speaks during a media conference at the end of a NATO summit in Madrid, Spain on Thursday, June 30, 2022.  (AP Photo/Bernat Armangue)

The filibuster allows the minority party in the senate to require a 60-vote majority to pass any legislation through the body. The Senate is currently split 50-50 between Republicans and Democrats.

Democratic Sens. Joe Manchin of West Virginia and Kyrsten Sinema of Arizona have opposed efforts to throw out the filibuster throughout Biden's administration. Manchin has reiterated his support for the rule even after the end of Roe.