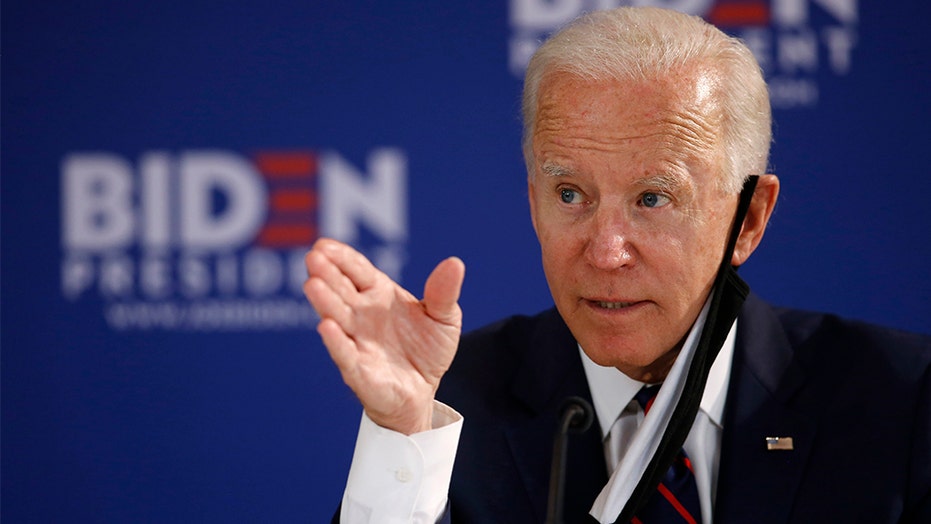 Presidential candidate Joe Biden on Monday sounded off against “race-neutral” policies, calling them “not a sufficient response to race-based disparities.”

“We need to tackle systemic racism head-on and ensure everyone has a fair shot at the American dream,” the Democrat added, as he promoted his plan from early May to help black America.

Biden’s plan claimed that 90 percent of black-owned businesses would be shut out of coronavirus relief programs due to “preexisting, systemic disparities in lending.”

Biden’s slamming of “race-neutral” policies came amid weeks of unrest following the death of George Floyd in Minneapolis police custody. Biden has edged ahead of Trump by as much as 9 points in a Fox News poll, as the former vice president has sought to position himself as the candidate who will ease racial tensions.

BIDEN AND WARREN JOIN FORCES TO HAUL IN CAMPAIGN CASH

Trump shot back that he’s done more in less than four years than Biden has done in his entire career in Washington, “including for Black America.”

“I’ve done more in less than 4 years than Biden’s done in more than 40 years, including for Black America,” Trump tweeted early Monday morning. “Biden has been a part of every failed decision for decades. Bad Trade Deals, Endless Wars, you name it, he has shown a complete lack of leadership.”