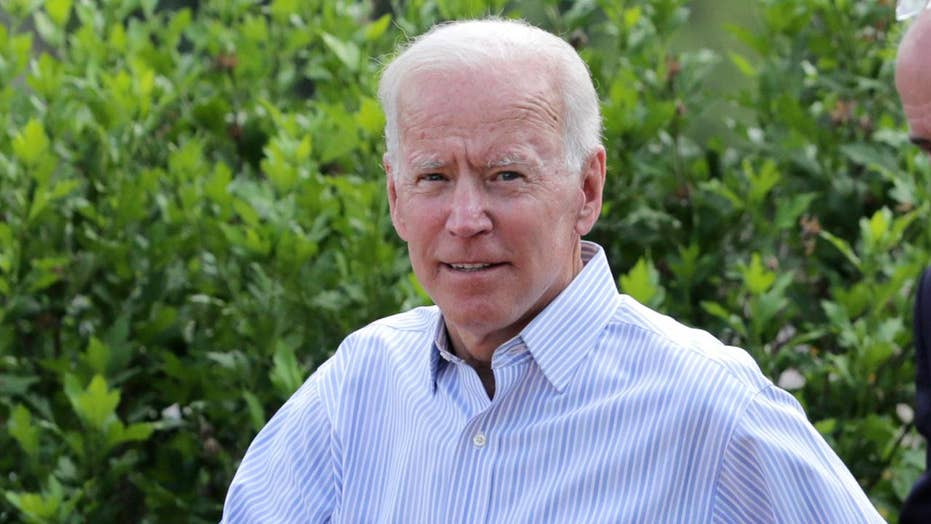 Joe Biden, in a bid to protect ObamaCare amid calls from his party's left flank to replace it with "Medicare-for-all," announced a plan Monday to add a “public option” to the 2010 health care law.

“The Affordable Care Act was an historic achievement for President Obama and if I’m elected president, I’m going to do everything in my power protect it and build on it,” Biden vowed in a video accompanying the release of his proposal.

Biden said that to build on the law and save it from both Republicans and the far left of his own party, he’s proposing “adding a public option to ObamaCare as the best way to lower costs and cover everyone.” It would be paid for, he says, with new taxes on the wealthy.

The proposal would effectively make available a government-sponsored health care plan, something debated but ultimately not included in the original 2010 law. Such a plan would be optional and offered alongside private plans. The Biden campaign said that Americans could buy into that “Medicare-like” plan through the exchanges set up under the current law -- striking a contrast with those calling for a system that would essentially eliminate the private insurance industry.

In doing so, Biden targeted the Medicare-for-all single-payer health care system that’s backed by most of his top rivals for the Democratic presidential nomination.

“I understand the appeal to Medicare for All. But folks supporting it should be clear that it means getting rid of Obamacare. And I’m not for that,” he said. “I was very proud the day I stood there with Barack Obama and he signed that legislation.”

The former vice president emphasized “I know how hard it was to get that passed. I watched it. Starting over makes no sense to me at all. I knew Republicans would do everything in their power to repeal ObamaCare. They still are.”

Taking aim at some of his nomination rivals, Biden emphasized, “I’m surprised that so many Democrats are running on getting rid of it.”

The candidate started turning up the volume against his rivals over Medicare-for-all during a campaign swing Friday and Saturday through New Hampshire, the state that holds the first primary in the race for the White House.

Biden is the only one of the top contenders for the Democratic nomination who opposes the plan, in which all Americans would obtain their health insurance from a government-operated program like Medicare.

The former vice president spotlighted that he has some “pretty profound differences” with his rivals.

Biden’s positioning of himself as the chief defender of ObamaCare may help him politically as he battles for the Democratic nomination. It highlights how he worked closely for eight years in the White House with Obama, who remains very popular with Democratic voters. And it emphasizes Biden’s position as a more centrist candidate, compared to many of his more progressive rivals.