The unrest over the death of George Floyd in police custody has not only amplified the debate over police brutality and racial injustice in the United States, but has also spilled over to the presidential campaign trail as both presumptive Democratic nominee Joe Biden and President Trump battle to demonstrate leadership -- and a record -- on these issues.

In recent weeks, Biden has emerged from his Delaware home following isolation due to the coronavirus pandemic to cast himself as a champion of civil rights even as his campaign still faces questions about his record that were raised during the primaries.

"Nothing about the fights we're facing will be easy. Racism has been a fixture in our society for hundreds of years. But I’m ready to get to work on day one. We can’t accept anything less from an American president," he tweeted Wednesday.

For his part, Trump has sought to project a "law and order" image in response to riots -- and faced considerable controversy -- while also hammering the message that his presidency has benefited black voters.

On Monday, Biden met personally with Floyd's family members. Derek Chauvin, the now-fired officer who put his knee on the handcuffed Floyd’s throat for nearly nine minutes, has been charged with second-degree murder and had his first court appearance that same day.

Civil rights attorney and Floyd family lawyer Benjamin Crump described the meeting in Houston, noting that Biden spent much of the meeting listening.

“Listening to one another is what will begin to heal America. That's just what VP @JoeBiden did with the family of #GeorgeFloyd – for more than an hour. He listened, heard their pain, and shared in their woe. That compassion meant the world to this grieving family," Crump said in a tweet.

Biden did not attend Floyd’s memorial in Texas on Tuesday – saying he didn’t want his Secret Service protection to disrupt the service – but did deliver a video message in which he directly addressed Floyd’s 6-year-old daughter, Gianna. 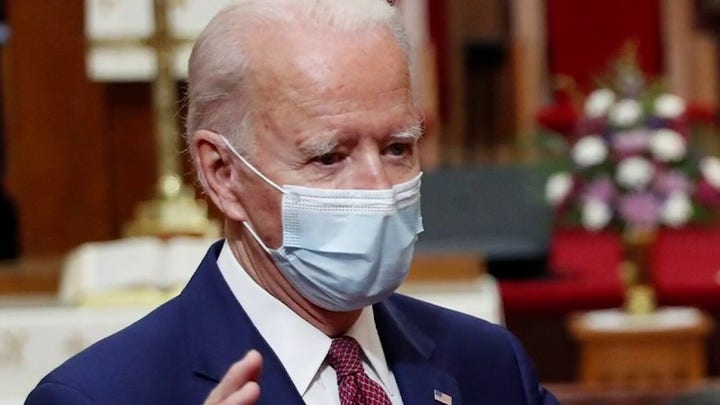 “I know you have a lot of questions that no child should have to ask, questions that too many black children have had to ask for generations,” Biden said. “Why? Why is Daddy gone? In looking through your eyes, we should all be asking ourselves why the answer is often too cruel and painful.”

Biden has a mixed record on criminal justice and racial issues when it comes to his time in office.

During his long tenure in the Senate, Biden sponsored the Fair Housing Act, the Equal Credit Opportunity Act and played a role in securing the extension of the Voting Rights Act. His work on civil rights – both as a senator and as the vice president to the country’s first African-American president – earned him both the National Civil Rights Museum’s Freedom Award and the National Action Network’s Lifetime of Excellence in Public Service Award.

BIDEN MEETS WITH FLOYD'S FAMILY AHEAD OF FUNERAL

"Vice President Biden has spent his entire career working to advance civil rights and ensure that all Americans are treated with dignity, respect, and justice under the law and in their lives,” Michael Gwin, the deputy rapid response director for Biden’s campaign, told Fox News.

Gwin added: “While President Trump has callously used the killing of George Floyd to inflame racial tensions and try to score political points, Joe Biden has worked to unite Americans to address the deep wound Floyd's death has re-opened and has laid out specific reforms that will help our country combat systemic racism and live up to its highest ideals."

The former vice president, however, has taken heat both from Trump’s campaign and from fellow Democrats for other stances. 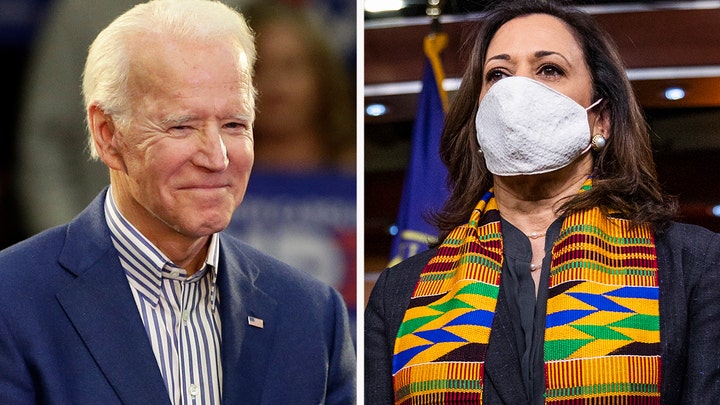 During a Democratic presidential primary debate last June, Sen. Kamala Harris, D-Calif., trained her attention on Biden – calling his past comments about working with segregationist senators “very hurtful” – and went on to slam Biden for opposing desegregation busing in the 1970s.

“There was a little girl in California who was a part of the second class to integrate her public schools and she was bused to school every day,” she memorably said. “And that little girl was me.”

Biden defended himself, saying her comments about his record were a “mischaracterization of my position across the board,” and that he “did not praise racists.” (He maintained he only opposed a federal mandate on busing.)

Harris, who has since endorsed Biden’s White House run and is being eyed as a possible running mate, wasn’t the only Democrat to question Biden over his past.

New Jersey Sen. Cory Booker, who has also endorsed Biden, slammed the former vice president last year for his past work in the Senate on crime bills that led to mass incarcerations among African-Americans. Booker was also among the first candidates to criticize Biden’s remarks about working with segregationists in the Senate.

"Mr. Vice President has said that since the 1970s, every crime bill, major and minor, has had his name on it,” Booker said during a debate last July. “And, sir, those are your words, not mine, and this is one of those instances where the house was set on fire and you claimed responsibility for those laws. And you can’t just now come out with a plan to put out that fire." 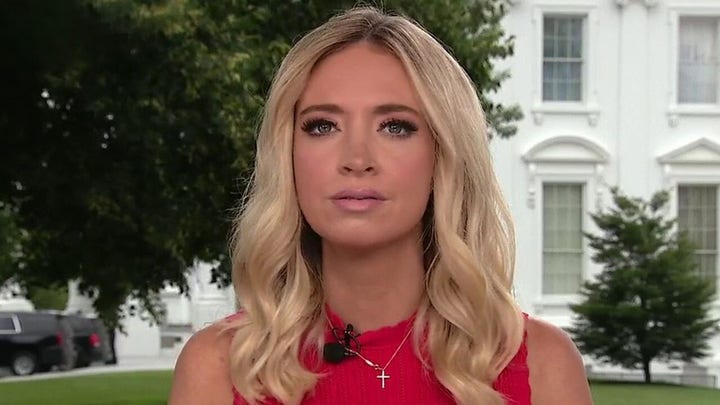 Biden’s role in crafting and passing the controversial 1994 Violent Crime Control and Law Enforcement Act, which among other things led to the incarceration of a large number of African-Americans for a range of crimes, has also become a bullet point in the Trump campaign’s efforts to attract black voters away from Democrats.

“Sleepy Joe Biden’s 1994 Crime Bill was a total disaster,” Trump tweeted earlier this month. “It was mass incarceration for Black people, many of them innocent. I did Criminal Justice Reform, something Obama & Biden didn’t even try to do - & couldn’t do even if they did try. Biden can never escape his Crime Bill.”

Speaking during a virtual NAACP forum on Wednesday, Biden responded to questions that the moderator said were from young voters concerned about his role in writing the bill when he was a senator from Delaware.

He acknowledged that “it’s a legitimate concern, they should be skeptical.” But he also said that while he’s been “told all along” that young people oppose his past stances on criminal justice issues, “there is no polling evidence to sustain that. Nor is there voting evidence thus far to sustain that.”

As a Republican, Trump already faces an uphill battle in winning the African-American vote – a demographic firmly aligned with the Democratic Party – and the recent unrest over racial justice and Trump’s own checkered history with the black community are major roadblocks he will need to clear to win over African-American voters.

Even before the recent protests, Biden held an enormous lead in the polls when it comes to black voters, with a Quinnipiac poll in late May showing 81 percent of registered African-American voters supported Biden compared with just 3 percent who backed Trump.

The Trump campaign’s strategy to win over black voters appears to mix boasting of the gains his administration has made for the African-American community – the president frequently touts that black unemployment pre-pandemic was at its lowest rate ever – with a healthy dose of criticism for Biden. 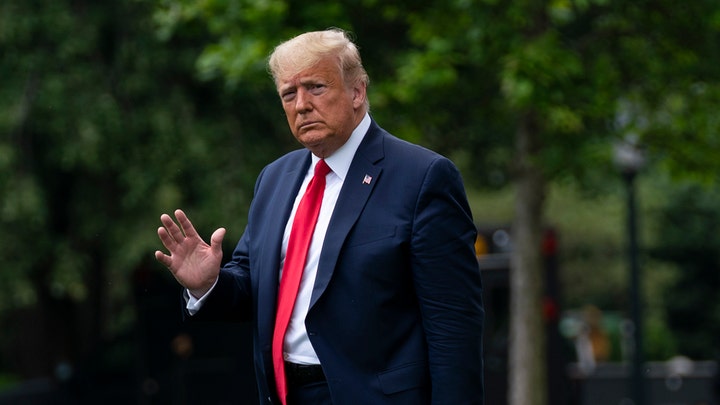 Most recently, Trump’s campaign created a new website as part of efforts to capitalize on controversy after the former vice president said that black Americans who have a hard time “figuring out” whether to support him or Trump “ain’t black.”

Trump, however, will have to contend with his own past when it comes to wooing black voters.

In the 1970s, Trump’s real estate empire was sued by the Justice Department for allegedly discriminating against African-Americans applying to rent apartments in their buildings and in the 1980s he was harshly critical of the Central Park Five – a group of black and Latino teens who were wrongly accused of raping a white woman in Central Park on April 19, 1989.

The president has also been criticized for saying that “many sides” and “both sides” were to blame for the violence and chaos that ensued after white supremacist protests in Charlottesville, Va., in 2017. Trump has also repeatedly attacked NFL players who kneel during the national anthem as a protest against racial injustice.