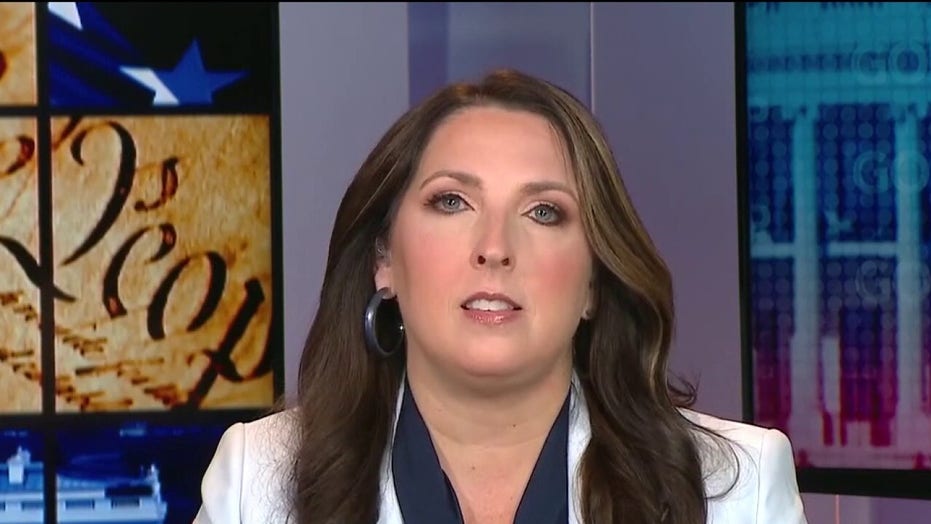 We have less than five months to go before the November election, with plenty of unknowns about what events could determine whether President Trump will be reelected or former Vice President Joe Biden will move into the White House.

Will the coronavirus pandemic grow worse or lessen? Will the economic recovery and unemployment drop, or will the expiration of federal stimulus money and state budgets cuts cause more hardship? How long will the protests sparked by the killing of George Floyd last and will race relations improve or worsen? How will Trump and Biden perform as they resume campaigning and face off in three scheduled presidential candidate debates?

And, of course, what surprise developments will upend all our assumptions? We don’t know what surprises await, but there very likely will be some.

CHRIS STIREWALT: TRUMP CAMPAIGN IS 'DEMONSTRABLY WORSE OFF' THAN IN 2016

Yet, none of that may have much impact on the results of the 2020 presidential election. Data from our Fox News polls indicates that voters have been remarkably set in their views about President Trump since soon after he took office in January 2017.

Our polling shows that after the briefest of honeymoons, Trump hit a 43 percent approval rating in March 2017. Since then, his approval rating has been within four points of that mark in all but three of the polls we have taken.

In March 2017, 44 percent of registered voters had a favorable impression of Trump. In the most recent poll, that number had moved only one point – to 43 percent, which is within the margin of error.

If you want President Trump to win reelection this November, these numbers are bad news

Again, there is little variation across time. The Fox News poll has asked the favorability question about President Trump 20 times since his inauguration, and only once has it been more than four points away from his initial 44 percent rating.

We can see something similar in the head-to-head matchup between Trump and Biden. When the Fox News poll first asked about this general election matchup in March 2019, Biden led 47 percent to 40 percent.

In May this year, Biden led 48 percent to 40 percent – just a one point difference. In the 14 surveys where the general election matchup was tested, Trump’s vote share has changed little. His high was 42 percent and his low was 38 percent.

One may find it hard to believe that that public opinion regarding President Trump has changed so little during his time in office.

The three big news stories of the past 12 months have been massive and historic: Trump’s impeachment by the House and acquittal by the Senate; the coronavirus pandemic that has taken the lives of more than 112,000 Americans, confined millions of us to our homes and cratered our economy; and most recently the Memorial Day killing of George Floyd that set of massive protests and rioting around the nation.

Yet, opinion about the President has remained stable. I have two explanations for this.

The first is polarization. Over the past two political generations, the ideological divide between Democrats and Republicans has grown wider.

But over the past 50 years the Democrats became more liberal and the Republicans became more conservative – a trend that accelerated over time. As a result, it is now easier for voters to identify which party supports policies they favor and stick with that party. One can see this in approval ratings for President Barack Obama, which also did not have large fluctuations.

The second reason public opinion regarding President Trump has been so stable is the divisive nature of the way he governs.  Trump is unpopular among Democrats because they dislike his strongly conservative policy stands and his confrontational personal style. And he is popular among Republicans for exactly the same reasons.

Trump has done little to court swing voters. His focus on culture war issues and constant conflict with the media helps keep his base motivated, but does little to appeal to swing voters who have jumbles of liberal and conservative views on different issues.

This level of intensity of opinion is rare. For example, 62 percent of voters had strong opinions about President Obama according to the 2012 exit poll (29 percent strongly approved; 33 percent strongly disapproved).

In 2004, voters had even more intense opinions about President George W. Bush. Exit polls show that 67 percent had a strong opinion (33 percent strongly approved; 34 percent strongly disapproved). And it is worth noting that those numbers were recorded at the end of an intense reelection campaign. President Trump’s numbers are recorded at the early stages of his reelection campaign.

Of course, President Trump’s numbers have always been marked by intense opinions. In each of the 36 Fox News polls taken during his presidency, the percentage of voters with strong opinions about him has matched or exceeded the 67 percent number for George W. Bush. And in two-thirds of those polls, the combination of strong approval and strong disapproval was over 70 percent.

Voters seem to have made up their minds about President Trump early, and are fixed in their opinions about him. The fact that his numbers have moved so little across his presidency shows that voters know what they think about the president.

If you want President Trump to win reelection this November, these numbers are bad news. When presidents run for reelection, the campaign is often seen as a referendum on their leadership.

For each of these measures above, a majority of Americans have a negative opinion of President Trump. In all, 54 percent disapprove of the job he is doing as president, 55 percent have an unfavorable impression of him, and 52 percent say they will vote for another candidate.

Of course, there is still plenty of time for Trump and his supporters to make their case to the nation about why he should be reelected. Trump won in 2016 by driving down public approval of his opponent through caustic attacks on her character and integrity; he’s likely to do the same in the next few months.

But for Trump to get another four years in office, he must convince voters to change their minds about him. He has failed to do so for more than three years, and now faces a challenging task doing so in the midst of a pandemic and racial strife.

Brian Arbour is an associate professor of political science at John Jay College, CUNY. He is also a member of the Decision Desk at Fox News.