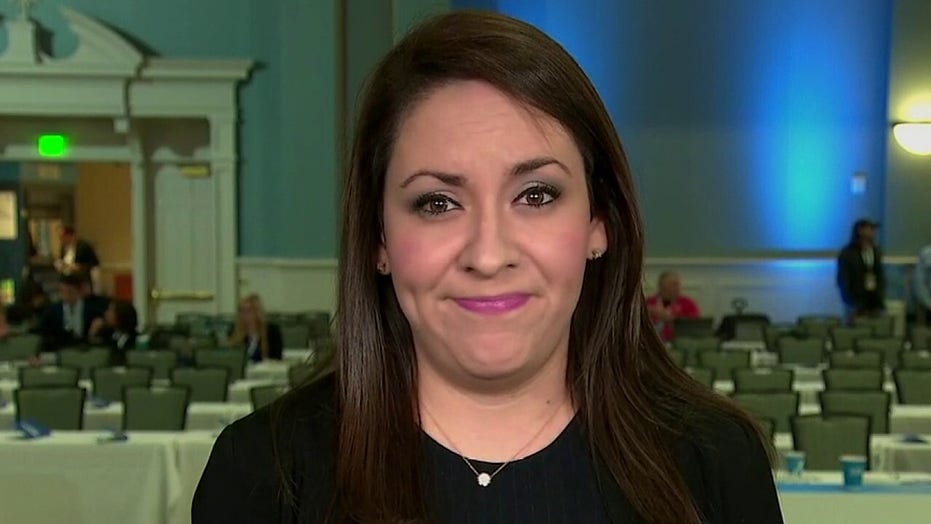 DNC spokeswoman: Expect 2020 Democrats to explain their vision for America during debate

DNC spokesperson Xochitl Hinojosa breaks down her predictions for the Democratic debate ahead of the South Carolina primary.

A top backer for Joe Biden claimed Tuesday that Russians and Republicans are both trying to help Bernie Sanders to spell trouble for the former vice president in must-win South Carolina.

Sen. Tom Carper, D-Del., said he’s “concerned” that Republicans in South Carolina are plotting to turn up at the Democratic primary Saturday to cast votes for Sanders, whom they perceive to be a weaker opponent for President Trump.

Carper also quipped that the goal of the South Carolina GOP may be the same as the Russians -- to help make Sanders the Democratic primary nominee.

“I'm concerned about this collusion whether it's intentional or unintentional between the Russians and the South Carolina Republicans to support Senator Sanders,” Carper said. “That is something I never expected to see.”

When pressed on whether he really believes the Russians are colluding with the South Carolina GOP to turn out Republicans to the polls on Saturday, Carper said he doesn't know if there's direct involvement.

“But... they appear to share the same goal. And that is to reelect Donald Trump, and they see one of the best ways to do that, at least according to our intelligence agencies, is for the Democrats to nominate Senator Sanders,” Carper said.

South Carolina has an open primary, meaning that any registered voter can participate -- including Republicans. Carper said he was recently in South Carolina for Biden and learned of an apparent organized effort to convince Republicans to turn out on primary day for Sanders.

“I talked to Republicans in South Carolina that plan to vote in the primary and to vote in the Democratic primary, and they're going to vote for Bernie,” Carper said.

“... It’s kind of a crazy situation where it looks like there may be a sort of [collusion] between the Republicans in South Carolina and the Russians to nominate the Democratic candidate for president,” Carper said with a laugh. “And, and for them to work together... It’s a crazy situation.”

Biden, once considered the front-runner, has failed to win any primary election yet and has staked his comeback on a win in South Carolina and his support among African-American voters. Carper acknowledged the need for Biden to win Saturday and then offered up his concerns about potential GOP mischief, perhaps laying the groundwork of an explanation if Sanders comes away with a win.

Carper cited information from the intelligence agencies that Russia was meddling in the 2020 election with the purpose of helping reelect Trump, an assertion that Trump and his allies have pushed back on. And recently Sanders got word that the Russians were trying to help him win the primary.

Sanders has responded to the reports by telling Russia to stay out.

“I don't care, frankly, who [Russian President Vladimir] Putin wants to be president,” Sanders has said in a statement. “My message to Putin is clear: stay out of American elections, and as president I will make sure that you do.”