The Biden administration is releasing Cubans, Venezuelans, Nicaraguans and some Colombians into the United States via a humanitarian parole pathway, Fox News has learned, just as authorities are facing increasing migrant numbers that are overwhelming agents and overcrowding facilities.

A DHS source in Rio Grande Valley (RGV) Sector told Fox News that the federal government has started releasing nationals from the four countries – with the exception of Colombian single adults – into the U.S. after an email went out that said agents were authorized to give humanitarian parole to those nationalities.

Federal law says parole authority is to be used on a case-by-case basis for "urgent humanitarian purposes" and "significant public benefit." Typically, only a handful of parole cases are granted by officials, but the Biden administration has been using it more broadly to release tens of thousands of migrants into the interior as it looks to deal with a crisis that has seen monthly encounter numbers at more than 150,000-a-month for nearly a year.

Colombian single adults are being returned under Title 42, a public health order used since the Trump administration to expel migrants at the border due to the COVID-19 pandemic. The Biden administration has kept it in place, returning more than half of all migrants encountered at the border in February, but is believed to be considering allowing the order to expire at the end of the month.

CBP said in a statement that those migrants who cannot be expelled under Title 42 and do not have a legal basis to stay in the U.S. are placed in removal proceedings.

"Although some facilities have reached capacity, CBP continues to safely, efficiently and effectively process individuals encountered in the Del Rio Sector," a spokesperson said, adding that migrants go thorough background checks in order to continue to keep public safety threats in custody. 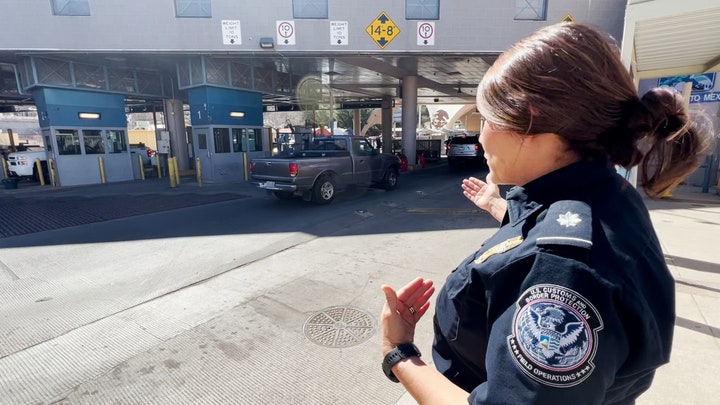 The new releases come amid reports that the Biden administration is bracing for a dramatic surge in migrants at the border that could eclipse last year’s overwhelming surge -- particularly if the administration ends Title 42.

There were 164,973 encounters in February, compared to 101,099 encounters in February last year, a month that preceded a massive surge in numbers in the spring and summer months. The Washington Post reported this week that preliminary Customs and Border Protection (CBP) data indicates that authorities are on track to have encountered more than 200,000 in March, compared to 173,277 in March last year.

Meanwhile, a top Pentagon official on Thursday told lawmakers DHS had requested additional support from the Pentaton to help deal with a potential increase in migrants, while  DHS officials have put out a call to staff to volunteer at the border as the agency says it "continues to encounter large numbers of individuals at the Southwest Border."

The Post reported that internal emails show concern over a "mass migration event," after Axios recently reported that DHS is preparing a "war room" to deal with the influx. Meanwhile, photographs have emerged showing the release of migrants due to overcrowded facilities in Texas.

One Border Patrol agent in Del Rio told Fox News that "we are overrun."

"We are now doing paroles. I want to be p---ed about it, but at this point we are simply overrun."