The Biden administration is reportedly setting up a "war room" in order to prepare for a looming migrant surge in the coming months, as it considers ending one of the most significant border restrictions still in place.

According to a report in Axios, officials are preparing for a surge of more than 170,000 migrants if the administration ends Title 42 -- a public health order put in place by the Trump administration at the start of the COVID-19 pandemic which allows for the rapid expulsion of migrants at the border.

Part of those preparations include a new Southwest Border Coordination Center, which Axios describes as a "war room" to coordinate the response to the brewing crisis that officials are fearing could be a "mass migration event."

The response could include a surge of additional personnel, aircraft from the U.S. Marshals Service to transport migrants to other parts of the border, buses from the Bureau of Prisons and new soft-sided facilities to hold thousands of migrants, the outlet reported.

In response to a query on the Axios report, White House spokesperson Vedant Patel told Fox News: "Of course the Administration is doing our due diligence to prepare for potential changes at the border. That is good government in action."

"As always is the case this Administration is working every day to restore order, fairness, and humanity to our immigration system and bring it into the 21st century," he said.

But top Democrats, including Senate Majority Leader Chuck Schumer, and liberal immigration activists have demanded the Biden administration end the policy despite the continued high traffic at the border during the winter months.

"Using the pandemic as an excuse to keep implementing the Trump Title 42 policy -- that has prevented millions of asylum seekers from refuge -- must end," Congressional Hispanic Caucus Chair Raul Ruiz, D-Calif., said in a statement last week.

The administration has said for months it is open to ending Title 42. A White House official told Fox News on Thursday that it continues to defer to the Centers for Disease Control (CDC) on the use of the order and how long it might remain. The official stressed that Title 42 is still in effect and anyone who crosses the border illegally can be subject to border restrictions -- including expulsion. 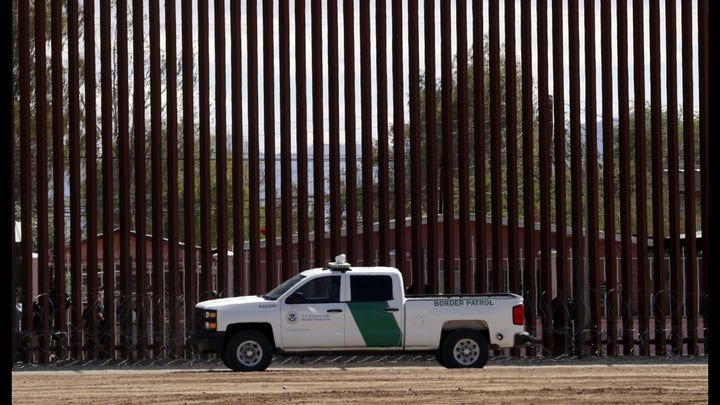 The numbers show that 55% of all migrants encountered were expelled via Title 42 public health protections that were implemented during the Trump administration -- 66% of single adults and just 29% of all family units were removed.

The ending of Title 42 would likely mean a significantly higher number of migrants being released into the U.S., and could provide a "pull factor" that brings more migrants north. Axios reports that DHS intelligence estimates that 25,000 migrants are already waiting in Mexico ahead of a potential Title 42 announcement.

BuzzFeed News reported on Thursday that the Biden administration is planning to tell Mexico that it may soon end Title 42 and that officials are worried about "historically and unseasonably high" numbers of migrants coming to the border that could "seriously strain" border resources.

Republicans have been urging the administration to keep Title 42 in place, sharing the concerns of a new migrant surge at the border that could outpace last year’s.

"Instead of working with Republicans to secure the border, crack down on violent cartels, end the epidemic of human trafficking, and stop the flow of deadly fentanyl into our communities, the Biden administration is considering eliminating an essential tool in border security, Title 42, which would only exacerbate this unprecedented crisis," House Republican Leader Kevin McCarthy told Fox News this week.

"Biden must remove the incentives for illegal immigration and take steps to secure our southern border immediately," he added.