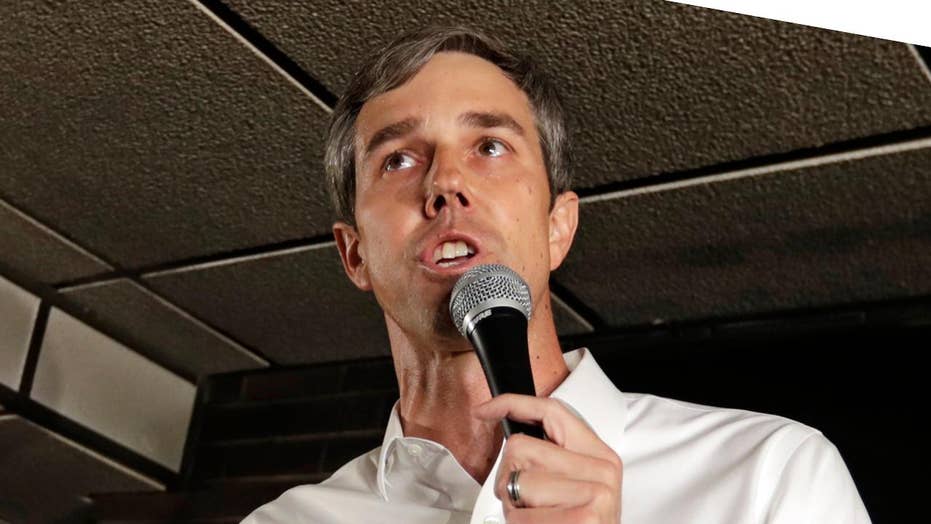 Democratic presidential candidate Beto O'Rourke attempted to play a practical joke on his wife by telling her that a turd he plucked from one of their children's diapers was an avocado, a friend of the couple told The Washington Post.

A gauzy profile of the couple that was published Tuesday and titled "Are Amy and Beto O'Rourke the future of politics?" described the former congressman as an "impulsive and puckish" character who proposed to his future wife on April Fool's Day.

OPINION: IS BETO O'ROURKE THE SELFIE-POLITICIAN AND METAPHOR FOR OUR TIMES?

Neither Beto nor Amy O'Rourke would confirm the baby poop story, though neither denied it and The Post reported that O'Rourke told the paper it sounded like something he would do. The O'Rourkes have three children: Ulysses, Molly, and Henry. It was not clear which child supplied the raw material for the reported prank.

The Post report also said that O'Rourke deployed a remote-controlled cockroach in the family kitchen and attempted to scare his wife in the shower, a la Anthony Perkins in the 1960 Alfred Hitchcock classic, "Psycho."

O'Rourke, who nearly unseated U.S. Sen Ted Cruz in last year's midterm elections, became the latest Democrat to enter the presidential race last week. Almost immediately after O'Rourke threw his hat into the ring, he was criticized for saying that his wife has raised their three children "sometimes with my help" at multiple campaign stops in Iowa.

O'Rourke said the criticism of his "ham-handed" attempt to highlight his wife's work in their marriage was "right on."

"Not only will I not say that again, but I will be much more thoughtful in the ways that I talk about my marriage," he said.

The controversy did not appear to lessen enthusiasm among his supporters. On Monday, O'Rourke's campaign announced that it had raised more than $6 million online with a day of his announcement, the most reported by any 2020 candidate.

O'Rourke raised $80 million in grassroots donations in his race against Cruz last year, all while largely avoiding money from PACs.