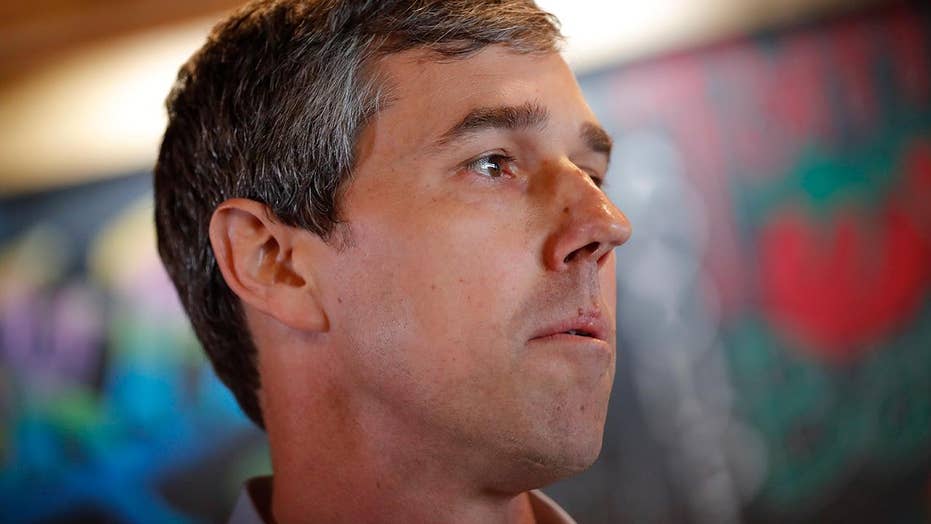 What do Democrats see in Beto O'Rourke?

The Democrat candidate's campaign raises $6.1M in its first 24 hours. The 'Outnumbered' panel reacts to Beto-mania.

Self-acclaimed Beto O’Rourke is running for president. Almost devoid of actual accomplishments, O’Rourke represents the selfie generation of America today to a tee. So why wouldn’t he run for president?

Beto, as he calls himself, is a sad metaphor for our times – the self-absorbed, empty Internet start-up age. If you recall, many an Internet start-up company has been flush with cash without producing any real products – let alone returns on investment. Absent appreciable results, many shuttered their doors after taking millions from investors.

We now have a political version of a vacuous start-up: Beto O’Rourke.

Beto has a made-up name – just like a start-up company. Who cares that Robert O’Rourke’s taking of Latin-sounding name qualifies for cultural-appropriation? This is a can’t miss start-up for which we must overlook certain glaring things, such as . . .

During his life, Beto has no real accomplishments worthy of the presidency. Has he been a successful business of great note? Perhaps so learned that he demonstrates wisdom? How about selflessly leading others in some great cause?

No, he is none of those things. 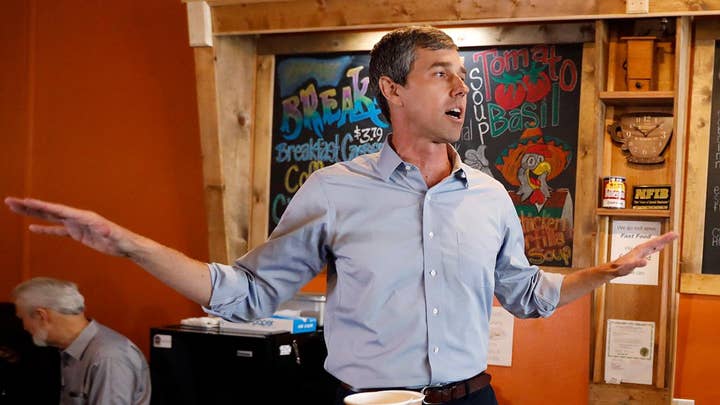 To the contrary, we now know that O’Rourke was involved in a group with some rather shady dealings like hacking and “stealing credit card numbers to pay for long-distance telephone service, violating copyright laws and hacking into computers.” He also fantasized, in writing, about running over children with his car and wrote a poem about a cow and Beto’s private parts. How very noble of him.

He did get elected to Congress, if you consider getting elected to be a serious accomplishment. Once in Congress, however, O’Rourke produced nothing. No signed legislation or other signature accomplishments. He participated and now wants a prize for that participation.

Like many a start-up, O’Rourke took in lots of money.

He raised over $85 million to run for Senate against Texas Senator Ted Cruz. Beto’s rise, appropriately, was fueled by the internet. He lost the race, however – once again not able to produce results.

O’Rourke has self-proclaimed that he was born to be “in it” – to run for president that is. As he stands on tables looking down on voters, it turns out, Beto was the one we were waiting for – not Obama.

Really though: How incredibly self-absorbed is that? How very millennial-entitled is that? What need of accomplishment is there or proof of merit? And how very far from George Washington’s ideal of reluctant and humble service to our Nation.

O’Rourke’s prospects should end there but not yet. Not before he reveals even more of his character.

Showing that he is a man of the times, Beto recently said that capitalism is racist. How about that for insta-thinking? I wonder where the non-successful businessman got that?

Dear Beto: Capitalism doesn’t have a mind or body. It has no thoughts at all. Indeed, it is only individuals acting on their own, without government or doing the best they can to get around government. Capitalism has but an “invisible hand” or so Adam Smith would have schooled Beto if only schools taught such things.

Forgetting all of that, this paragon of success has taken the stage to tell the country where it has gone wrong. He wants us to change. Here we go again. It is we who need to change.

Before we get to November of 2020, let’s hope we learned our lesson on that score before Beto runs over us.