New details are being released about Texas Senate Democratic nominee Beto O’Rourke’s arrest 20 years ago for drunken driving, including how a witness at the time reportedly said O’Rourke attempted to flee the scene after crashing his car.

The Houston Chronicle published police reports from O’Rourke’s September 1998 DWI arrest in Texas near the New Mexico border. The records, according to the paper, indicate the incident was a “more serious threat to public safety than has previously been reported.”

The arrest has long been public knowledge, but the details in the police reports had not.

The police reports published by the paper state that a witness said O’Rourke was driving drunk at a “high rate of speed” in a 75 mph zone on the interstate when he lost control and hit a truck. O’Rourke’s car crossed the center median and into oncoming lanes, the police report says, though no one was injured.

According to the paper, a witness stopped at the scene and said O’Rourke tried to drive away.

“The driver attempted to leave the accident but was stopped by the [witness],” a police officer wrote, according to the police report.

CRUZ, O'ROURKE IN TALKS FOR DEBATES 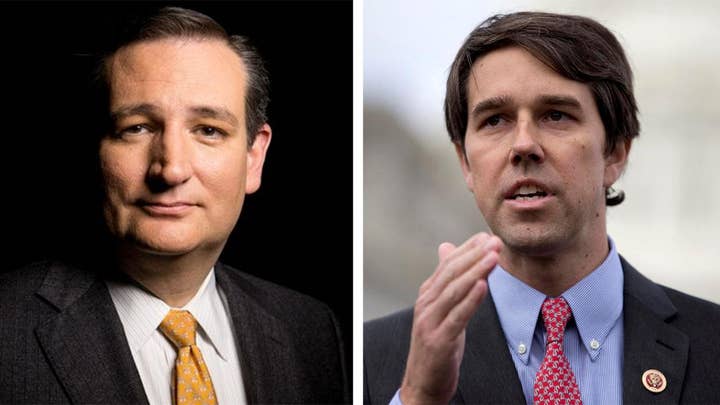 O’Rourke recorded 0.136 and 0.134 blood alcohol levels on Breathalyzers, the records said. The state legal limit at the time was 0.10.

O’Rourke was arrested, but had the charges dismissed after completing a court-approved diversion program, the paper said.

O’Rourke, in a statement released by his campaign, said Friday, “I drove drunk and was arrested for a DWI in 1998. As I've publicly discussed over the last 20 years, I made a serious mistake for which there is no excuse." His campaign said the arrest is something O'Rourke has long addressed.

In a recent op-ed, O’Rourke referenced his past brushes with the law.

“Twenty-three years ago I was arrested for attempted forcible entry after jumping a fence at the University of Texas at El Paso,” O’Rourke said. “I spent a night in the El Paso County Jail, was able to make bail the next day, and was released. Three years later, I was arrested for drunk driving,” also describing it then as “a far more serious mistake for which there is no excuse.”

Added O’Rourke: “But those mistakes did not ultimately define me or stop me from what I wanted to do in my life or how I wanted to contribute to the success of my family and my community — as a father, small business owner, city council member, and congressman.”

O’Rourke, a Democratic congressman, has surged in the polls in his race against incumbent Texas Republican Sen. Ted Cruz. The Cruz campaign declined to comment.

But Texas Republicans accused O’Rourke of misleading voters about the past incident.

“While Beto touts his honesty on his DWI arrest, we now know he has been misleading Texas voters about it all,” Republican Party of Texas chairman James Dickey said.

Dickey added: “He has been misleading Texas voters about the costs and damages of the policies he’s promoting in his campaign, and also about true scope of this arrest. Texas voters deserve better.”

Meanwhile, President Trump on Friday said he planned to campaign for Cruz, his former rival during the 2016 presidential race.

“I will be doing a major rally for Senator Ted Cruz in October,” Trump tweeted. “I’m picking the biggest stadium in Texas we can find. As you know, Ted has my complete and total Endorsement. His opponent is a disaster for Texas - weak on Second Amendment, Crime, Borders, Military, and Vets!”

While recent polls indicate that O’Rourke is closing the gap on Cruz, the Real Clear Politics polling average of the race shows Cruz with a lead of 5.5 points.