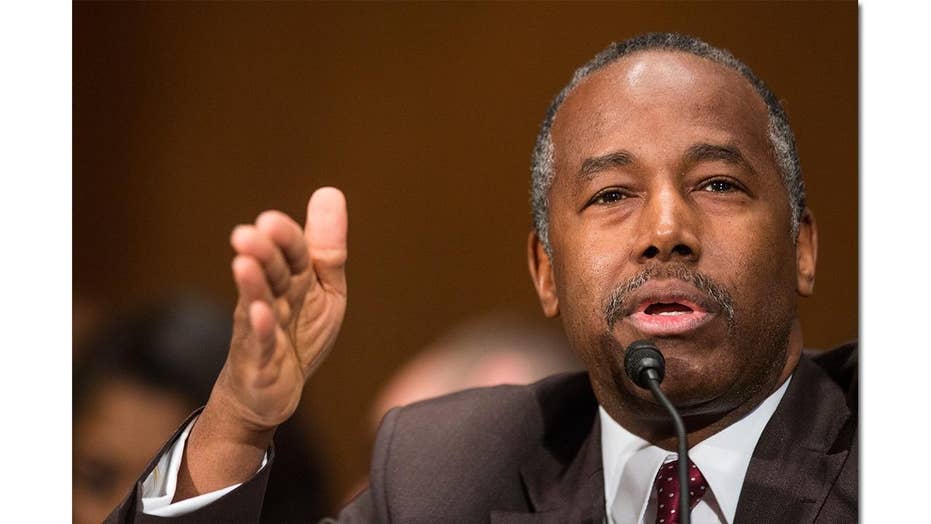 NATIONAL HARBOR, Md. – Ben Carson, in an interview with Fox News on the sidelines of the Conservative Political Action Conference, warned Thursday that the "morality of our society" is at stake in the abortion debate that has surged back onto the floors of state legislatures and Congress.

Speaking to Fox News moments after addressing the conservative gathering, the secretary of Housing and Urban Development said the issue should be at the forefront as the 2020 presidential race starts to take shape.

“I think it’s a critical issue because we are talking about the morality of our society,” Dr. Carson told Fox News.

“Are we going off the deep-end here or are we still loving and compassionate people?”

Asked what he would tell Democrats who voted to block a Republican bill that threatened prison time for doctors who don't try saving the life of infants born alive during failed abortions, Carson said: “I would say please stop and spend a little time educating yourself about what life is all about, and about when babies can feel and when they can respond to external stimulation.”

'We are talking about the morality of our society.'

Carson’s comments come after the Born-Alive Abortion Survivors Protection Act stalled amid Democratic opposition in Congress. It would have required that "any health care practitioner present" at the time of a birth "exercise the same degree of professional skill, care, and diligence to preserve the life and health of the child as a reasonably diligent and conscientious health care practitioner would render to any other child born alive at the same gestational age."

The bill, which would exempt the mother from prosecution, also would have required practitioners to "ensure that the child born alive is immediately transported and admitted to a hospital." It prescribed a possible term of imprisonment of up to five years for violations, not including penalties for first-degree murder that could have applied.

All Democratic 2020 presidential candidates in the Senate opposed the measure, including Bernie Sanders of Vermont, Kamala Harris of California, Cory Booker of New Jersey, Kirsten Gillibrand of New York, Amy Klobuchar of Minnesota and Elizabeth Warren of Massachusetts.

Opponents called the bill unnecessary, considering it's already a crime to kill a newborn, and described it as an "attack" on women's health.

In response, President Trump tweeted: "This will be remembered as one of the most shocking votes in the history of Congress."

The vote came in the wake of New York easing restrictions on late-term abortions, as several other states including Illinois consider similar measures.