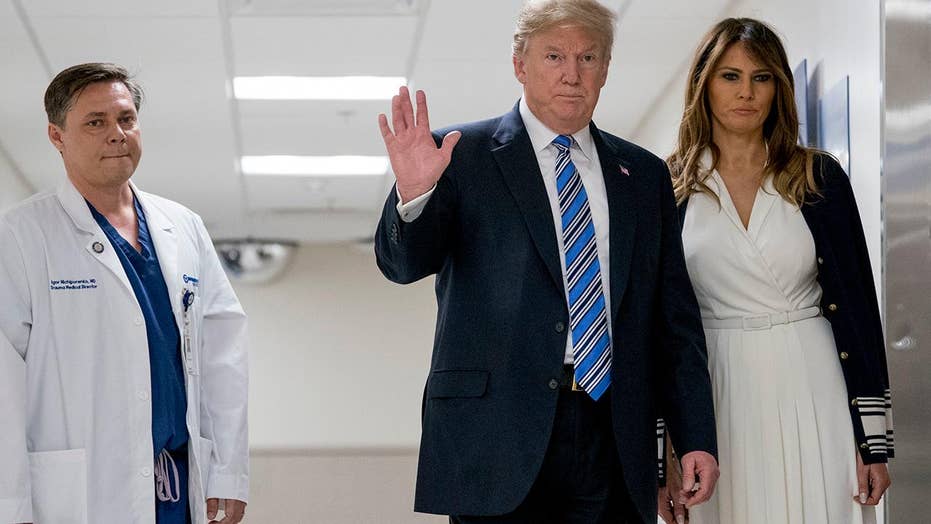 The president and first lady flew from Washington to Florida on Friday afternoon. "Incredible recovery," Trump said while at the hospital. "Incredible. And first responders. Everybody. The job they've done is incredible."

"It's very sad something like that can happen," Trump said after being asked if he'd met with victims. "But the job the doctors did, the nurses, the hospital, first responders, law enforcement -- really incredible. The speed that they got the victims over to the hospital is record speed. In one case, 20 minutes. In one case, 19 minutes, from the time they were shot. It's an incredible thing."

The White House didn’t release the president’s schedule ahead of the visit, but Trump tweeted earlier in the day that he planned to meet “with some of the bravest people on earth,” whose lives “have been totally shattered.”

After visiting the hospital, the president and first lady met with law enforcement at the Broward County Sheriff's office.

The president made the trip to the hospital shortly after Air Force One arrived in West Palm Beach. Trump plans to spend the weekend at his Palm Beach estate, about 40 miles from Parkland.