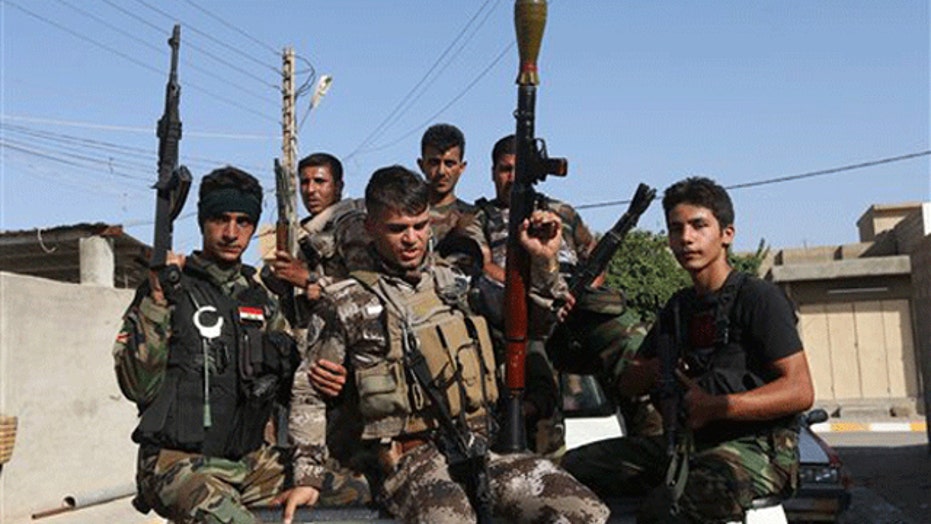 US enters 'phase of total confusion' in Middle East

Arab League nations called Monday for combating Islamic State extremists, acting to join forces against the terror threat as President Obama continues to forge his own coalition for battling the extremist group.

It's not clear to what extent the Arab League and western allies are coordinating.

Obama, though, is seeking an international coalition to challenge the Islamic State group and has urged nations in the region to get involved.

Secretary of State John Kerry is due to travel to the Middle East this month in an effort to secure the backing of Arab states for an anti-ISIS campaign, while Secretary of Defense Chuck Hagel was due to arrive in Turkey on Monday to press that country's leadership for support.

Obama is expected to outline his plan Wednesday to the American people.

The Arab League resolution calls for immediate measures to combat the group on the political, defense, security and legal levels.

The resolution backed the United Nations resolution issued last month that imposed sanctions on a number of the group's fighters and called on countries to adopt measures to combat terrorism. The council resolution was adopted under Chapter 7 of the U.N. Charter, meaning it can be militarily enforced.

The move comes after the head of the 22-member Arab League urged the group's members to make a "clear and firm decision for a comprehensive confrontation" with "cancerous and terrorist" groups. Nabil Elaraby called ISIS a threat to the existence of Iraq and its neighbors and "one of the examples of the challenges that are violently shaking the Arab world, and one the Arab League, regrettably, has not been able to confront."

Iraq faces an unprecedented crisis after the Islamic State group's offensive, which included militants committing beheadings and mass killings while targeting minorities in the country.

In an attack on Monday, a bomber drove an explosives-laden Humvee, apparently seized from the Iraqi military, into the gathering of a major Sunni tribe, the Jabour, and security forces in Duluiyah, some 45 miles north of Baghdad, a police officer said.

The explosion killed 16 and wounded at least 55 people, the officer said. A health official confirmed the casualties.

Meanwhile, the Obama administration reportedly is preparing a campaign to destroy the Islamic State militant group that could outlast the president's remaining time in office, according to The New York Times.

The first phase, airstrikes against Islamic State, also known as ISIS, is already under way in Iraq, where U.S. aircraft have launched 143 attacks since August 8. The second phase involves an intensified effort to train, advise, and equip the Iraqi Army, Kurdish Peshmerga fighters, and any Sunni tribesmen willing to fight their ISIS co-religionists. The Times reports that this second phase will begin sometime after Iraq forms a new government, which could happen this week.

Obama was scheduled to outline his plan in a meeting Tuesday with House and Senate leaders before addressing the nation in a speech Wednesday, the eve of the 13th anniversary of the September 11, 2001, terror attacks.