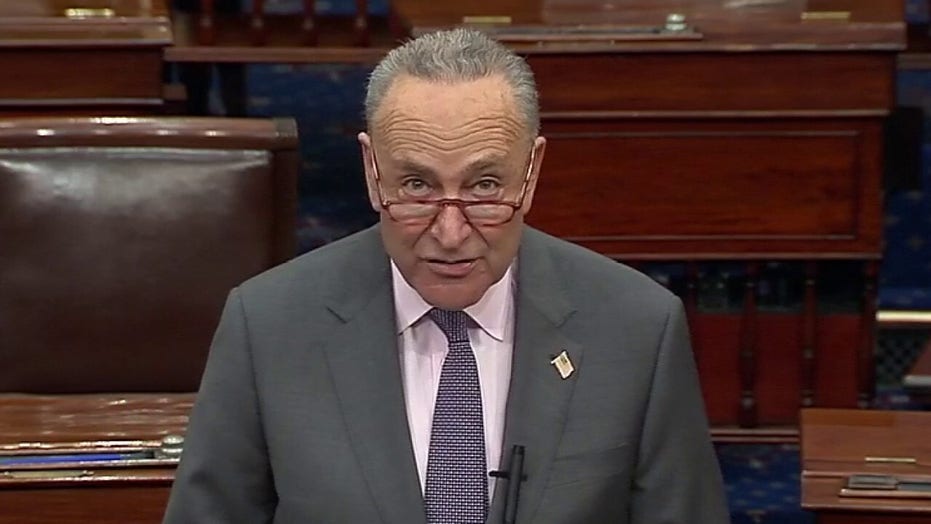 Green New Deal activists released their long list of priorities for a coronavirus economic relief, pitching a $2,000 a month payment to Americans and a break from bills during the crisis.

The former chief of staff to Rep. Alexandria Ocasio-Cortez tweeted out the list of federal actions progressives will push for as Washington is moving swiftly on the third round of legislation to respond to the global pandemic.

The ask list, authored by the New Consensus activists behind the Green New Deal, also calls for direct support for small businesses, investment in building stockpiles of medical goods, foods and fuels, temporary suspension of certain tariffs and other trade impediments.

But perhaps the most immediate relief to workers would be $1,000 biweekly payments for at least six months. The current proposals of $1,000 per month don't go far enough, they argue, and at least $2,000 monthly is needed for everyone.

Consumers should also get a break from all their debt payments for six months, including credit card debt, student debt, mortgage and lease payments. There should also be a nationwide moratorium on mortgage foreclosures, the activists said.

The progressive groups are aligned with Ocasio-Cortez and Sen. Bernie Sanders, I-Vt. Some of the ideas have already gotten support from the politicians in a position to vote on such measures and influence policy.

Sanders backed the $ 2,000-a-month proposal Tuesday night as he suffered another round of election losses in his bid for the White House.

"We need to provide a direct emergency $2,000 cash payment to every household in American every month for the duration of the crisis," Sanders said.

He also backed a hold on student loan payments, a moratorium on evictions and foreclosures, and expanding the eligibility for unemployment benefits to gig workers and freelancers and upping the maximum benefit checks to $75,000 a year.

"What people are dealing with is a liquidity issue," Ocasio-Cortez told 1010 WINS on Wednesday. "While cutting checks is an important part of an equation, I don't think it's going to help if it's the only action that taken. We need to take a look at mortgage, rent and student loan payment suspension to give people that buffer time."

Ocasio-Cortez wants priority on public transit funds over airline relief and has pushed for free subway rides. She's blasted the airlines for using their profits to buy up stock rather than raising wages or making other investments. She's demanded a ban on stock buybacks if any federal bailout happens for corporate industries.

"I personally think that it's much more worthwhile for us to bail out our public transportation than the airline industry," Ocasio-Cortez told the radio station. "...That investment in public infrastructure hasn't happened. I support federal funds to MTA  (Metropolitan Transportation Authority) and I personally would like to see the MTA be free or extraordinarily reduced."

Some Republicans, including Treasury Secretary Steven Mnuchin and Sen. Mitt Romney, have backed direct cash payments. The administration is pushing a massive stimulus package that includes two rounds of payments worth $500 billion total. But progressives are leery the GOP plan doesn't go far enough in terms of the length of payments, amount of money and scope of eligibility.

Meanwhile, Sen. Chuck Schumer, the top Democrat in the Senate, is pushing his own $750 billion stimulus that boosts public health capacity, expands unemployment benefits, provides low-interest loans to small businesses, cancels student loan payments and gives priority to workers in any targeted bailout of industries. It doesn't include direct payments to Americans.

Schumer, on the Senate floor Wednesday, called the pandemic worse than the Sept. 11 terrorist attacks and 2008 financial crisis.

"There is something much worse about this crisis that we face. I have never sensed a greater sense of uncertainty, a greater fear of the future [and] of the unknown," Schumer, D-N.Y., said. "We don't know how long this crisis will last."