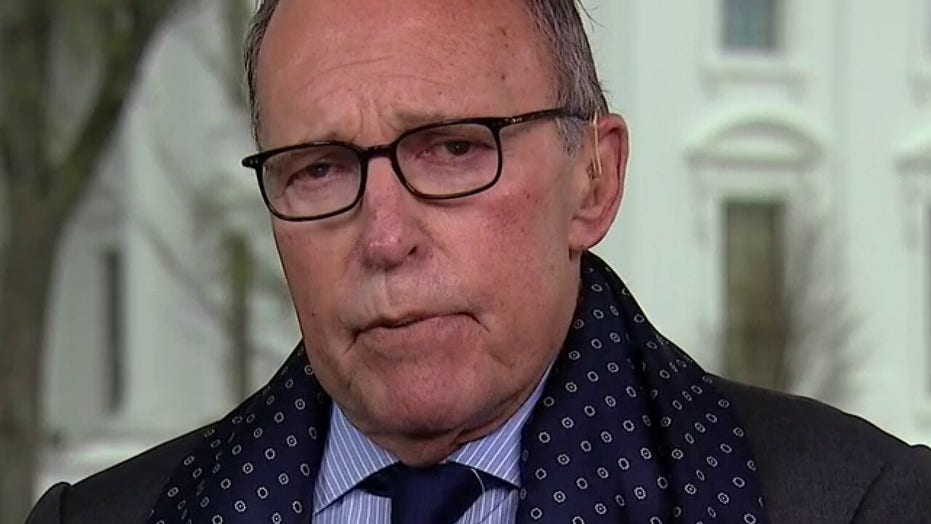 Kudlow: We have enormous resources to deal with distressed industries

White House economic adviser Larry Kudlow breaks down the coronavirus stimulus package and whats being done to help individuals and the economy during the outbreak.

The White House is moving forward with a proposed $1 trillion coronavirus package that would infuse Americans' bank accounts with two rounds of direct cash payments.

The Trump administration is seeking $250 billion in payments to Americans starting April 6, followed by another $250 billion cash payment round beginning May 18, according to the working draft of the plan obtained by Fox Business Network.

The two payments to taxpayers would be identical and the amounts would vary by family income and size, according to the Treasury Department document on the "Stage Three" coronavirus proposal.

The draft of the plan outlines a major economic infusion that goes well beyond the stimulus and bailout plans during the last financial crisis and designed to prop up an economy that has ground to a halt as stores and restaurants and schools are shuttering nationwide and families are isolating at home.

The Trump administration’s stimulus package is bigger than the 2008 bank bailout, and the 2009 American Recovery and Reinvestment Act, which was passed and signed under former President Barack Obama and totaled $787 billion to help stabilize the economy about 14 months after the last recession began.

Congress and President Trump already approved an $8.3 billion package to prop up the health care system to respond to the pandemic. The Senate Wednesday sent another bill to Trump's desk to give 14 paid sick days to workers, boost unemployment insurance, make coronavirus testing free and increase food assistance during the crisis; Trump signed it into law hours later.

But, all sides have agreed that the government needed to pass a third round of stimulus as soon as possible to help small businesses stay afloat, aid workers who have lost jobs and give the economy a jolt as American consumers nationwide have been stuck home.

The administration's working plan amounts to $1 trillion on paper. It would provide $50 billion for lending to the airline industry, which has drastically reduced flights due to travel bans and social distancing. The proposal would require "limits on increases in executive pay" until the loans are repaid.

The proposal calls for $150 billion to "other severely distressed sectors of the U.S. economy" through secured lending or loan guarantees.

Trump signaled Wednesday that airlines, cruise ships and hotel industries are all "prime candidates" for support.

The Trump administration also wants $300 billion to help small businesses, which have suffered under social isolation and various cities banning dine-in services at bars and restaurants in an effort to prevent the spread of COVID-19.

The administration would create a "small business interruption loan program" targeted at businesses with fewer than 500 employees that would cover six weeks of payroll. The amount for each employee's wages would be capped at $1,540 per week, or about $80,000 a year.

Treasury Secretary Steven Mnuchin has taken the lead on negotiations with Congress on the coronavirus response. He worked closely with House Speaker Nancy Pelosi on developing the paid sick days and emergency leave program. Now the third round of legislation is being developed with GOP senators.

The negotiations are ongoing, and Trump administration officials cautioned the plan is fast-moving and in flux.

Senate Majority Leader Mitch McConnell has said the Senate won't recess until a third-round proposal is passed. Then it would head to the House for approval.