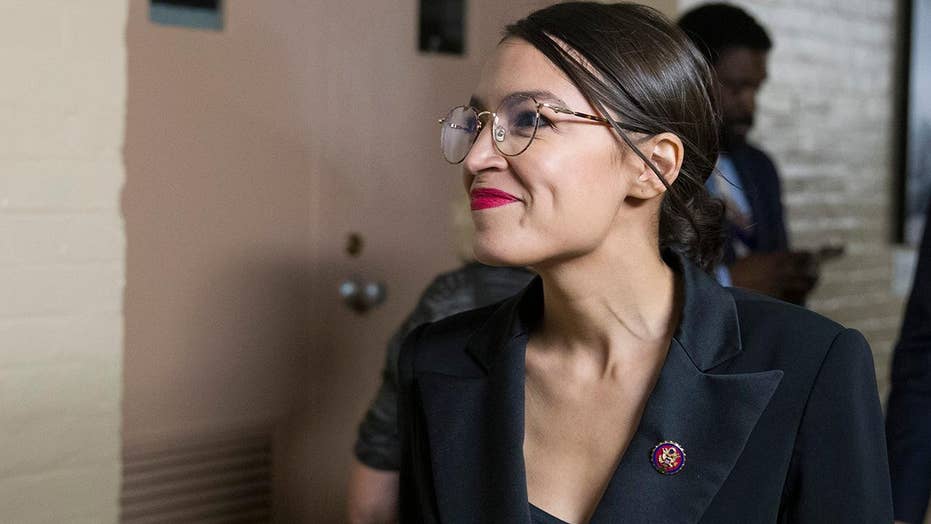 When a group of Republicans stormed into a Democrat-led closed-door deposition Wednesday afternoon, claiming a lack of transparency in the Trump impeachment inquiry process, Rep. Alexandria Ocasio-Cortez was apparently not impressed.

In a Twitter message Thursday, the New York Democrat specifically said she objected to reports that some Republicans had asked to be arrested as part of their demonstration.

“There have been many aspects of the GOP’s little flash mob that have relied on mountains of entitlement and privilege, but them *asking* the police to be arrested is just… ” she wrote, without finishing the sentence.

Fox News’ Chad Pergram had reported Wednesday that some members of the GOP were hoping to be “frog-marched” out of the Capitol as a result of their action, thinking the images of them being taken into custody “would help w/GOP narrative of Dem process abuse.”

But Ocasio-Cortez found that idea difficult to fathom.

“Well, let’s just say my community would find it hard to understand why *anyone* would ask to be arrested,” she wrote.

Entitlement and privilege seem to be on Ocasio-Cortez’s mind lately. In a tweet earlier this month, the congresswoman appeared to sympathize with Meghan Markle, who confessed in a recent documentary that she was struggling with some aspects of life as a duchess.

“Sudden prominence is a very dehumanizing experience,” Ocasio-Cortez agreed. “There’s a part of your life that you lose, & it later dawns on you that you’ll never get it back.”

The duchess of Sussex, meanwhile, was later criticized by her half-sister Samantha.

"I think it’s really ludicrous that someone who’s escorted around the world by millions of dollars’ worth of security on private jets, as a millionaire, could ever complain about anything," she said.