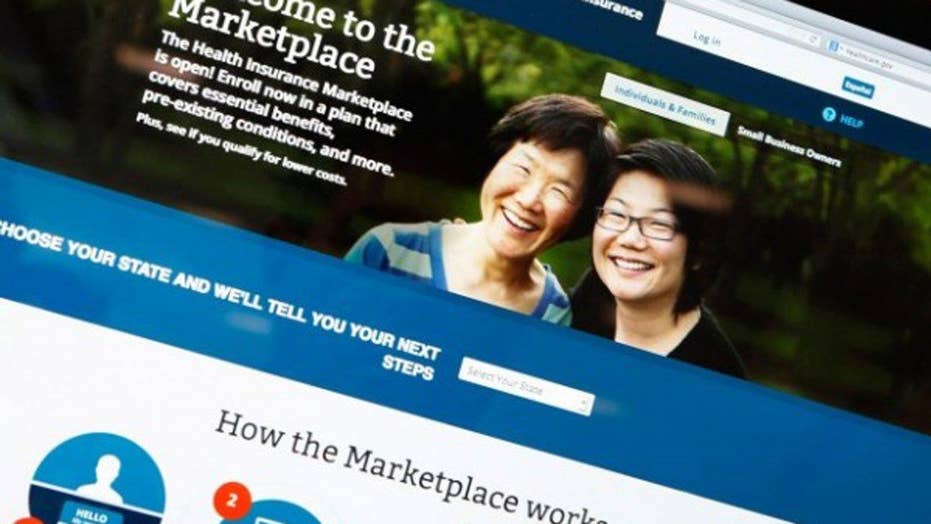 Many insurance companies have stopped offering health plans as a result of low enrollment and massive losses; Kevin Corke explains on 'Special Report'

Health Republic Insurance of New Jersey is folding after the state’s insurance commissioner put the Obamacare co-op in “rehabilitation” due to its hazardous financial condition.

The co-op had a liability of $46.3 million under the Affordable Care Act’s risk adjustment program, according to the New Jersey Department of Banking and Insurance. That program was designed to transfer money between insurers in case one insurer had more costly enrollees

“Despite our hard work and growing customer base, the unfortunate necessity for complying with the [Affordable Care Act’s] risk adjustment mandate has put the company under considerable financial strain,” said Tom Dwyer, the co-op’s CEO.

The New Jersey co-op is the 17th Obamacare co-op to collapse, joining other co-ops that have failed including two in Oregon, one each in Illinois, Connecticut, Arizona, Colorado, Kentucky, Michigan, Nevada, New York, Ohio, South Carolina, Tennessee, Louisiana and Utah, as well as a co-op that served both Iowa and Nebraska.

This leaves only six co-ops in existence of the 23 that were originally created under Obamacare.