“If you become VERY proficient at English, someday you will understand the meaning of the word ‘WALL,’” Coulter tweeted at the president.

Trump’s planned overhaul would move the United States from a merit-based system to one based on points. Highly skilled workers would be favored, but age, education, English proficiency and whether they have a well-paid job offer would also be factored in.

"If adopted, our plan will transform America's immigration system into the pride of our nation and the envy of the modern world," Trump said from the Rose Garden. 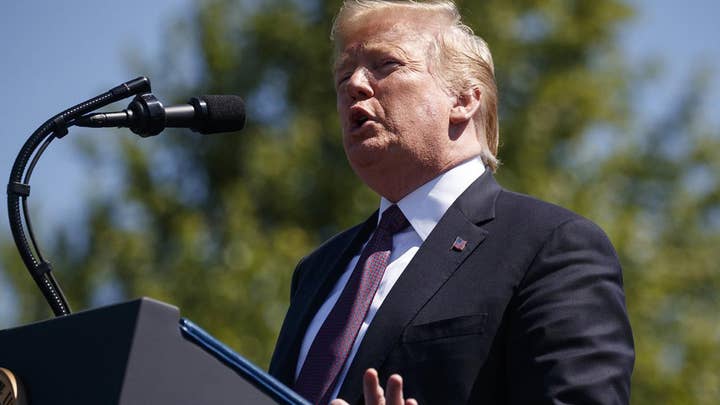 Only around 12 percent of immigrants are admitted into the U.S. based on employment skills, while 66 percent are admitted because they have a relative living in the country. Under the plan, those numbers would reverse to 57 percent and 33 percent, respectively, according to the Trump administration.

Coulter was one of Trump’s earliest supporters but has disparaged him in recent months over his lack of progress in constructing his long-promised wall on the U.S.-Mexico border. In January, she lashed out at him for accepting a temporary funding bill to reopen the government without money for the border wall.

“Good news for George Herbert Walker Bush: As of today, he is no longer the biggest wimp ever to serve as President of the United States,” she tweeted at the time.

In March, Trump fired back, dubbing Coulter a “Wacky Nut Job” and insisting that he was “winning” on the border despite pushback from Democrats.

“Wacky Nut Job @AnnCoulter, who still hasn’t figured out that, despite all odds and an entire Democrat Party of Far Left Radicals against me (not to mention certain Republicans who are sadly unwilling to fight), I am winning on the Border. Major sections of Wall are being built ...” Trump tweeted.