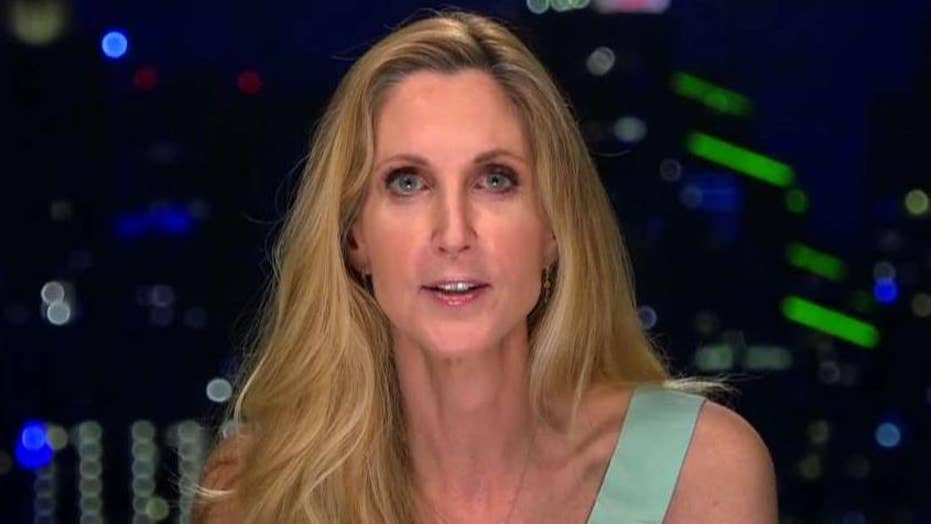 Coulter urges Trump to follow through on tough border talk

President Trump lashed out at conservative pundit Ann Coulter on Saturday, labeling her a “Wacky Nut Job” and insisting he was “winning on the Border” despite opposition from a hostile Democratic Party.

Coulter, one of Trump’s earliest supporters, has evolved into a persistent critic the president in recent months over his struggles to secure funding from Congress for his long-promised wall along the U.S.-Mexico border.

“Wacky Nut Job @AnnCoulter, who still hasn’t figured out that, despite all odds and an entire Democrat Party of Far Left Radicals against me (not to mention certain Republicans who are sadly unwilling to fight), I am winning on the Border. Major sections of Wall are being built...,” Trump tweeted.

....and renovated, with MUCH MORE to follow shortly. Tens of thousands of illegals are being apprehended (captured) at the Border and NOT allowed into our Country. With another President, millions would be pouring in. I am stopping an invasion as the Wall gets built. #MAGA,” he continued.

Coulter, whose books include “In Trump We Trust,” and "Resistance is Futile," did not reply to the president via Twitter on Saturday, but has been relentless in her criticism. In January, after lawmakers reached an agreement to end the 35-day partial government shutdown, she called Trump the "the biggest wimp ever to serve as President of the United States."

During an appearance on “Real Time With Bill Maher,” she said Trump backed down on his demands for the wall in order to reopen the government without securing funding from House Democrats.

“I promise you the country would be run much better if I had a veto over what Donald Trump is doing. It’s crazy that I expect a president to keep the promise he made every day for 18 months,” Coulter told Maher over Trump's border wall promise.

During Trump’s State of the Union address to Congress in February, Coulter labeled the speech as “the lamest, sappiest, most intentionally tear-jerking SOTU ever.”

Coulter is scheduled to speak Monday at the Forum Club of the Palm Beaches in Florida, not far from Trump's Mar-a-Lago resort, the Palm Beach Post reported.