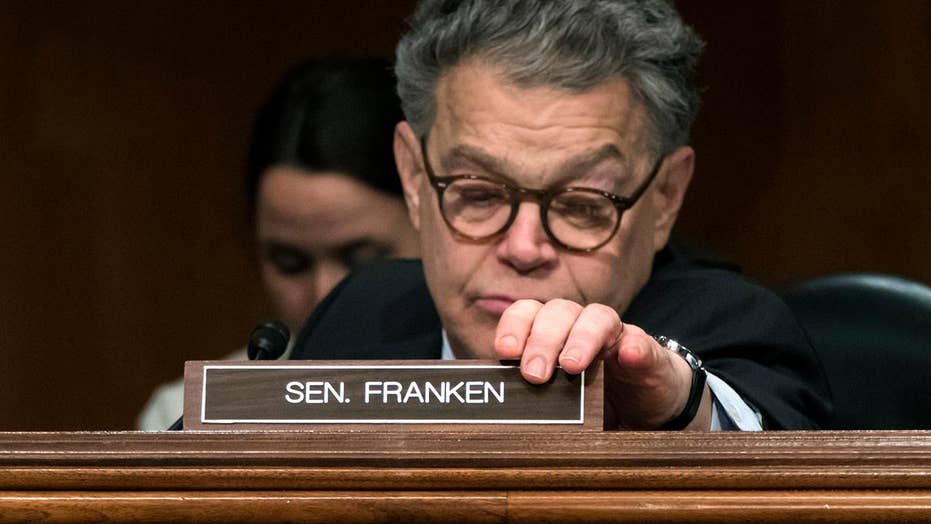 Minnesota lawmaker is stepping down amid sexual misconduct allegations.

Sen. Al Franken has finally set a date for his departure from Congress.

Fox News has learned that Franken’s last day will be Jan. 2. Officials with his office say that Franken, D-Minn., plans to make official his resigation at that time. His appointed successor, Lt. Gov. Tina Smith, will be sworn in the next day.

The resignation is set to come nearly a month after Franken announced his plan to leave the Senate. Others in the Senate had called on him to bow out following a flurry of sexual misconduct allegations against him.

In his Dec. 7 resignation speech, Franken said only that he would be leaving in the “coming weeks.”

The two-term senator, first elected in 2008, initially intended to let a Senate ethics committee investigate the allegations against him. Then  came a seventh claim against him, on Dec. 6, from a woman claiming that Franken tried to forcibly kiss her in 2006. And a chorus of female Democratic senators -- including New York’s Kirsten Gillibrand and California’s Kamala Harris -- calling for his resignation, effectively forcing his departure.

Franken, in his speech, noted his original plan regarding an ethics investigation, which he thought would help. And he argued that “some of the allegations against me are simply not true. Others, I remember very differently.”

Franken also suggested there was something "ironic" about his leaving the Senate while President Donald Trump, "a man who has bragged on tape about his history of sexual assault," remains in office. The president has denied misconduct allegations.

Such statements by Franken fueled speculation that the senator, a former comedian, had been having second thoughts about his next steps, or that he was at least in no hurry to be run out of Washington, especially after members of both political parties have raised similar arguments.

When asked after his resignation speech what his post-resignation plans were, Frank simply replied, “I’ll be coming home.”