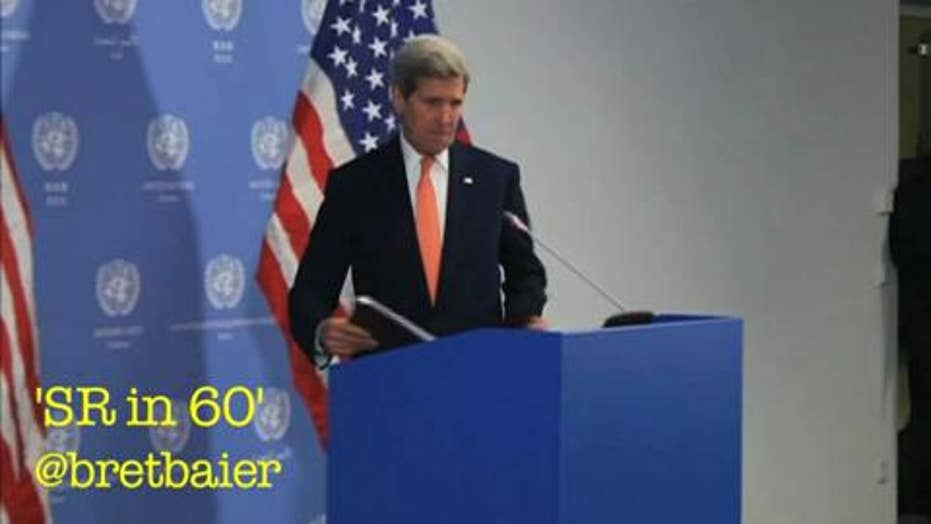 Administration officials say new claims that Russian President Vladimir Putin may have ordered the poisoning of his critic and former KGB colleague Alexander Litvinenko in 2006 are “serious” and will be closely watched, with “relevant steps” possible by the U.S.

Although he did not say what those steps might be, White House spokesman Josh Earnest told reporters at his briefing Thursday that the administration is closely following the ongoing British inquiry into the poisoning of Litvinenko, who became sick after drinking tea laced with polonium-210 at a London hotel on Nov. 1, and was dead by Nov. 23. The chairman of that investigation, UK Judge Robert Owen, released his explosive 326-page findings on Friday.

Noting that the details sound like “a spy novel,” Earnest said the administration was well aware of the charges of threats, intimidation and even death leveled at the Kremlin’s critics -- even beyond Russia’s borders. He stopped short of endorsing Owen’s findings, but said, “I think this particular investigation is a reminder of why this is such a serious concern.”

Meanwhile, the State Department kept its statements on the matter brief in response to reporters’ questions Thursday.

“We are are deeply troubled by the findings,” said spokesman Mark Toner. “Of course we are evaluating (them).These are pretty serious charges.”

A former member of the KGB and the current Russian secret service, the FSB, Litvinenko became a vocal critic of FSB activities, accusing them of carrying out assassinations of Putin’s political rivals. He also accused Putin of ordering the October 2006 killing of journalist Anna Politkovskaya.

By that time, Litvinenko, 44, and his family had already fled Russia and were living in London. According to his widow, he was working as a spy for the British MI6 intelligence services.

Not only did Judge Owen say that the poisoning was “probably approved” by Putin and then-FSB head Nikolai Patrushev, but named two prominent Russians, Andrei Lugovoi (now a Russian member of parliament) and Dmitry Kovtun (former KGB, now a businessman), as the suspects who carried it out and returned to Russia.

They have long been cited as suspects by British authorities, who have nonetheless failed to extradite them.

Owen did not provide direct evidence of the poisoning, but as chairman of the inquiry, asserted that the two men tried to poison Litvinenko a month earlier, and charted the motivations of those involved and “strong circumstantial evidence of Russian state responsibility.”

In an interview with TASS, Russia’s state-run news agency, Kovtun called the evidence against him “insane and easily refutable." The Russian Foreign Ministry said the case against the Russians was politicized and “regrettable” and “has darkened the overall atmosphere of bilateral relations.”

At a time when the U.S and Britain have already been forced into a geopolitical dance with Russia over Syria -- Russia has been engaging in airstrikes outside of coalition efforts to battle ISIS there, the inquiry and further strain could be inconvenient. The UK will have to decide how far to take it amid other priorities on the world stage, particularly as new talks with world powers over Syria begin.

“That very fragile and fraught process,” wrote Joshua Keating in Slate magazine on Thursday, “will require the backing of the various sides in the conflict—including Britain and Russia—to have any hopes of succeeding.”