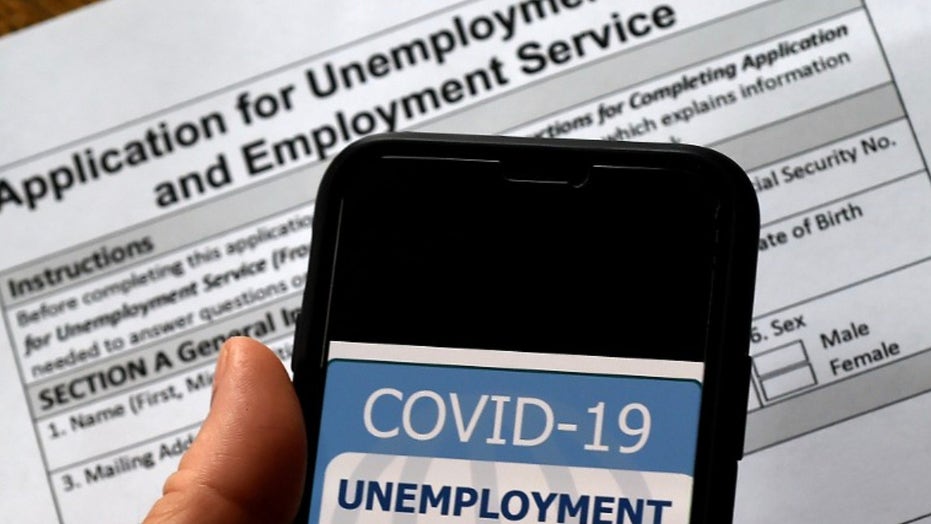 What's next? $600 a week unemployment benefits are slated to expire amid coronavirus uptick.

The additional $600 a week in jobless benefits that became available to those collecting unemployment amid the coronavirus pandemic is slated to expire at the end of the month, even as states across the country begin to see a surge in positive cases of COVID-19 triggering further lockdowns and potential layoffs.

The Trump administration is currently in the midst of negotiations with congressional leadership on a “Phase 4” coronavirus stimulus economic relief package, but at this point, it is unclear whether that $600-a-week enhanced unemployment benefit would be extended past the July 31 expiration date.

LABOR SECRETARY SAYS EXTRA $600 A MONTH IS NO LONGER NEEDED

Under the “Phase 3” economic stimulus package passed in March, also known as the CARES Act, Congress provided $250 billion to extend unemployment insurance to more workers, and lengthen the duration of benefits to 39 weeks from the normal 26 weeks. The provision provided for an extra $600 for four months to those who lost their jobs amid the crisis.

The CARES Act also introduced a “Pandemic Unemployment Assistance” program, which extended unemployment benefits to self-employed, independent contractors, those with limited work history, and other individuals not traditionally eligible for unemployment benefits who were unable to work as a direct result of COVID-19.

Republican lawmakers, though, had ramped up warnings that the boost in jobless benefits amid the pandemic would “push unemployment higher,” as many individuals are able to collect more money through the unemployment programs than they made while on the job.

Treasury Secretary Steven Mnuchin warned earlier this year that individuals who reject an offer from their company to return to work after being laid off due to coronavirus are no longer considered eligible to receive federal unemployment benefits.

Mnuchin, last week, noted that the administration wants “to incentivize people to go back to work."

“They are intended for people who do not have jobs,” Mnuchin said of jobless benefits. “We will not be doing it in the same way. We’re in a different situation. Businesses reopened and want to hire.”

Over the course of the pandemic, millions of Americans lost their jobs as a result of COVID-19 shutdowns across the nation. The speed and magnitude of job losses were unprecedented and were more than double what the U.S. saw during the global financial crisis in 2008.

Congress and the White House are set to intensify talks on a fourth round of virus relief once the Senate returns from its two-week Independence Day recess on July 20. However, it's still unclear what specific measures may be included in the package; some proposals still on the table include a second stimulus check, a back-to-work bonus, a payroll tax cut and liability protections for businesses.

Mnuchin, and President Trump himself, have said that the administration supports another round of economic stimulus checks for Americans. The president signaled that the checks could be for even larger amounts than the up to $1,200 per person many Americans received earlier this year.