Texas Gov. Greg Abbott said Wednesday on "The Laura Ingraham Show" that Travis County Sheriff Sally Hernandez could be in for chants of "Lock her up!" if she fails to comply with state and federal immigration laws.

Travis County, which includes the city of Austin as its county seat, was catapulted into the national sanctuary city debate when the newly elected Hernandez announced last week that her department would no longer cooperate with U.S. Immigration and Customs Enforcement (ICE) agents. Following Hernandez's declaration, Abbott swiftly announced that there would be dire consequences for Texas localities that disregard the law.

"And we are talking about whether that's going to be a felony or a misdemeanor, but it will be something that will criminally penalize any person who is a government employee who works against the federal law that requires cooperation with ICE."

"We have an elected sheriff -- someone who swore an oath to protect the people of their country and of this state -- now violating her oath of office by saying that she is going to pick and choose which laws that she follows and doing so in a way that compromises the safety and security of people in Travis County," Abbott told LifeZette Editor-in-Chief Laura Ingraham.

Abbot said Texas faces an onslaught of "hundreds of thousands of people crossing the border illegally every single year." Noting that Texas is considering legislation currently that would criminalize Hernandez's actions and ban sanctuary cities, Abbot said Travis County officials could suffer the consequences if its sheriff doesn't relent.

"I am using my power as governor to withdraw from Travis County the granting of money, which adds up to almost $2 million in grants from the governor's office," Abbott said. "I also want to add criminal penalties so we can criminally punish these people who are violating their oaths of office, and then add financial penalties to the sanctuary city entity, whether it be a city or a county or any other political subdivision. We are going to make sure from top to bottom we are not going to allow sanctuary city policies in the state of Texas."

When Ingraham asked, "Will we be hearing chants of 'lock her up' when Sally Hernandez walks out to do a speech on this?" Abbott responded: "We very well could."

"You've got to do more than just ban it. You've got to add consequences for people who violate that," Abbott said. "And we are talking about whether that's going to be a felony or a misdemeanor, but it will be something that will criminally penalize any person who is a government employee who works against the federal law that requires cooperation with ICE."

President Donald Trump and his administration are under intense scrutiny as they continue to formulate immigration policies that will fulfill the president's sweeping campaign promises. Trump has said he will crack down on illegal immigration, secure the border, support ICE officials, and deal with voter fraud arising from illegal aliens.

When Ingraham asked Abbott to rate on a scale of 1-10 how serious the voter fraud problem is, Abbott said that "one illegal, fraudulent vote makes it a 10."

Noting that Trump "is not the first president who has called for investigations into voter fraud," Abbott said that former President Barack Obama ran a special operation in Texas that arrested and jailed people for committing voter fraud.

"We cannot have our democracy destroyed or undermined by fraudulent votes. It must be stopped," Abbott said. 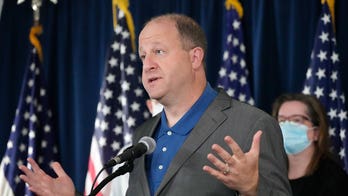 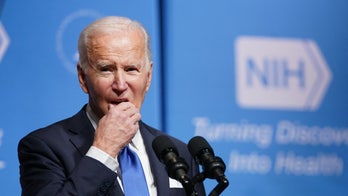 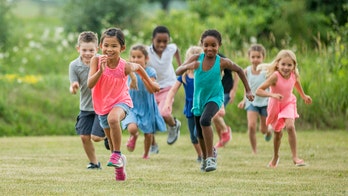