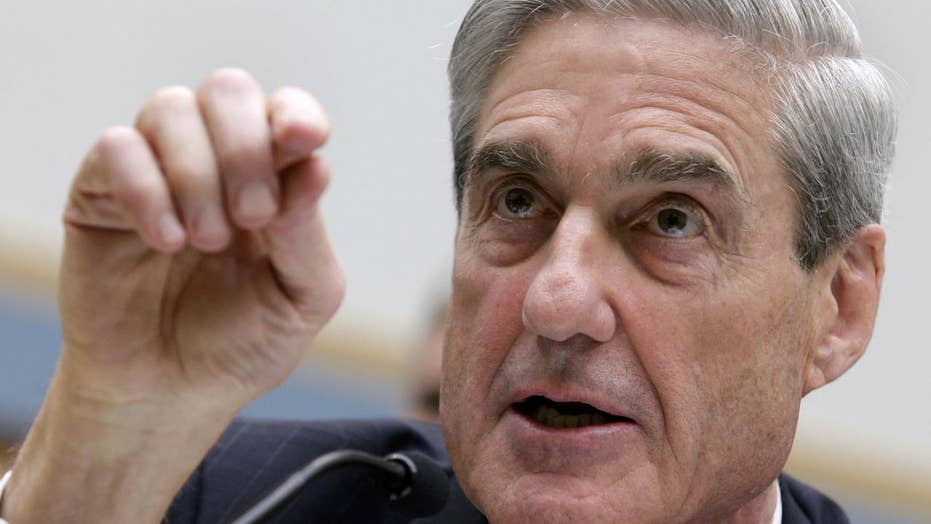 David Bossie says public is 'tuning out' the Russia probe

Former Trump deputy campaign manager David Bossie says Americans sees no evidence of collusion between Russia and the Trump campaign and that 'scandal fatigue' is real.

Four Republican senators are calling for the appointment of a second special counsel to investigate the Department of Justice and FBI’s actions in the Russia probe before Special Counsel Robert Mueller took over.

In a letter sent Thursday to Attorney General Jeff Sessions and Deputy Attorney General Rod Rosenstein, the lawmakers wrote that “a special counsel is needed to work with the inspector general to independently gather the facts and make prosecutorial decisions, if any are merited.”

The senators also released a version of Grassley and Graham’s criminal referral earlier this year for Christopher Steele -- the ex-British spy and author of the infamous Trump dossier -- revealing for the first time the basis for the referral.

The senators say that Steele “materially misled the FBI” by saying he only shared the information in the dossier with business associate Fusion GPS and the FBI, when in fact he was providing information to the news media.

“Thus the basis for the warrant authorizing surveillance on a U.S. citizen rests largely on Mr. Steele’s credibility,” the referral states. “The Department of Justice has a responsibility to determine whether Mr. Steele provided false information to the FBI and whether the FBI’s representations to the court were in error.”

The senators wrote that “in light of sworn statements by Mr. Steele in British litigation, it appears that either Mr. Steele lied to the FBI or the British court, or that the classified documents reviewed by the committee contain materially false statements.”

The senators also released a February letter from Grassley and Graham to the Justice Department’s inspector general asking that he investigate the DOJ and FBI’s request for a Foreign Intelligence Surveillance, or FISA, Act warrant against former Trump campaign adviser Carter Page.

In that letter, they ask the inspector general to review “potential improprieties in the FBI’s relationship” with Steele, the author of the infamous, unverified dossier used to obtain the Page warrant.

They also ask that the relationship between DOJ official Bruce Ohr and Steele, the disclosure of classified information to the press and the investigation into former national security adviser Mike Flynn be examined.

“We have the utmost confidence in the inspector general’s integrity, fairness and impartiality, and trust that he will complete these reviews in a thorough, unbiased, and timely fashion,” the senators wrote in Thursday’s letter. “However, by statute, the inspector general does not have the tools that a prosecutor would to gather all the facts, such as the ability to obtain testimony from essential witnesses who are not current DOJ employees.”

Calling for another special counsel, the senators argue: “The Justice Department cannot credibly investigate itself without these enhanced measures of independence to ensure that the public can have confidence in the outcome.”

Reacting to the letter, Page told Fox News: “My central concern remains that the U.S. Government completes essential repairs, following the damage done to America's national security and justice system amidst Washington’s interference in the 2016 election. I remain cautiously optimistic that further disclosure of the facts will help achieve that strategic objective.”