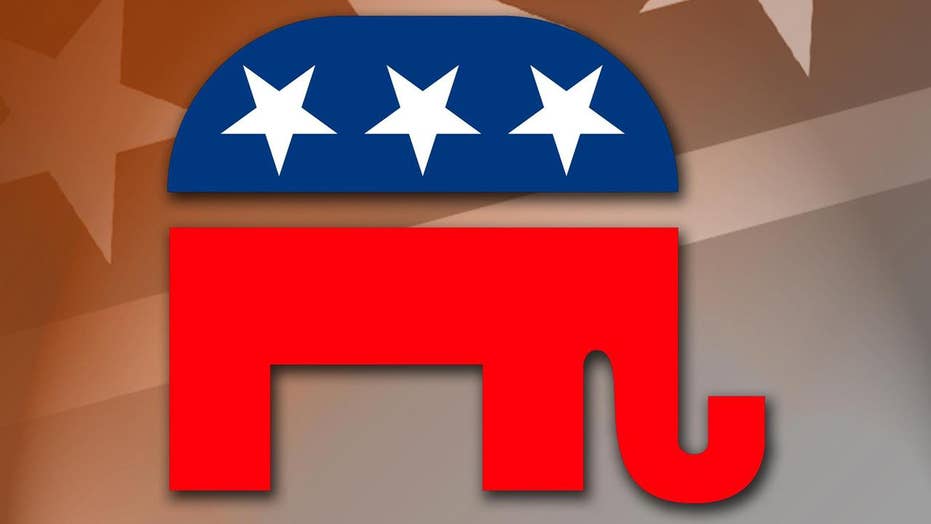 How Republicans plan to maintain control of Congress

The House is in play as both parties are brainstorming final arguments ahead of the 2018 midterms; Peter Doocy explains on 'Special Report'

ORANGE COUNTY, Calif. – Next year’s midterm elections already have Democrats dreaming of winning a lot more than the two-dozen seats they need to re-take the House majority.

“We are building the largest battlefield in a decade,” Tyler Law, the Democratic Congressional Campaign Committee spokesman, claimed.

It’s ambitious, to say the least. Right now, national Democratic organizers believe that battlefield encompasses an eye-popping 80 districts across America – even though they’ve lost all four of this year’s special election contests for seats held by Republicans.

While many of those 80 districts may indeed be longshots, the Democratic Party’s best chances at picking up seats could come in the 23 districts where voters split their tickets last year by picking Hillary Clinton for president and a GOP lawmaker for the House.

And as Democrats talk about an electoral “battlefield,” they are placing new emphasis on recruiting candidates who actually have served on a real one: veterans.

“Veterans obviously have a huge amount of credibility,” Law told Fox News. “Credibility with Democrats, with independents, and with Republicans.”

But Republican officials refer to recent history as a reason they aren’t panicking. Instead, they’re going on offense.

'We’re going to expand the map into Trump country'

While Democrats want to flip the House, Republicans have designs on growing that majority.

To do that, the GOP is taking a similar approach as the Democrats, zeroing in on the 12 districts where voters split between picking Donald Trump for president and a Democratic lawmaker for Congress.

Democrats may be starting at a disadvantage.

“The math is slanted against them in terms of how the districts are drawn,” said David Byler, elections analyst at Real Clear Politics.

A big part of the reason for that is gerrymandering, the political and often-highly partisan process used by state legislatures to redraw voting boundaries. Gerrymandering was notably used by GOP lawmakers in 2010 in several swing states to keep reliably Republican voters in certain areas, and reliably Democratic voters in others.

“Big data has been harnessed to draw these maps with real precision, on a block-by-block, house-by-house basis,” said Caleb Burns, an election law attorney.

This means the list of realistic pickups for Democrats remains short.

“We’ve seen over the last eight years, the number of competitive districts go from about a hundred to about two dozen,” Burns estimated.

The Supreme Court soon will hear arguments about how far political maps can be drawn for political gain, without becoming impermissibly extreme. The court’s ruling in coming months likely won’t impact these midterms, but could completely change how national elections are run in 2020 and beyond.

Democratic officials are staying out of the surrogate business for now.

“That’s not our job, and if we tried to do that it wouldn’t be a very good idea,” Law said.

As for Republicans’ surrogate plans, Gorman said: “Candidates are going to do what’s right for them, but I have to say President Trump has been nothing but helpful.”