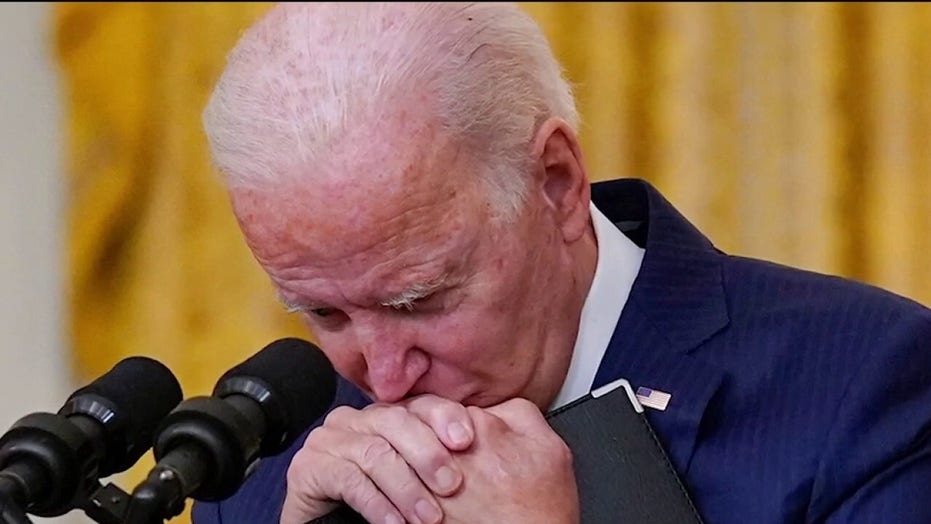 List of mistakes Biden made in Afghanistan: Carley Shimkus

New York Times Magazine reporter Nikole Hannah-Jones, who authored the 1619 Project, has been named to TIME's list of the "100 most influential people" in 2021.

According to TIME's announcement regarding Hannah-Jones' selection, American film director Barry Jenkins said "Hannah-Jones is larger than life," referring to The 1619 Project as "Nikole’s greatest work."

The New York Times' 1619 Project is a long-form collaboration that seeks to "reframe the country's history" by bringing slavery and racism to the forefront of the national narrative. It was led by Hannah-Jones, who won a Pulitzer Prize for commentary last year for the project.

"This may be the sum effect of Nikole’s greatest work—The 1619 Project, an analysis of the legacy of slavery in the U.S.—but it is certainly not the sum of her," Jenkins stated in his writing on Hannah-Jones for TIME. "The journalist from Waterloo, Iowa, contains multitudes. She is the most emphatic laugh, the consummate ally, the staunchest critic."

Jenkins went on to claim that the "light Nikole wields is titanic, a blinding beam that illuminates and scorches."

"In her light, the wounds of America’s original and subsequent sins are laid bare," Jenkins added. "With her light, the serrated flesh of this country’s past is both subject and predicate, a light wielded to both identify wounds and cauterize flesh."

Hannah-Jones has received immense criticism over her work, specifically the 1619 Project, which critics claim is historically inaccurate in some ways. Five academic historians even signed a letter claiming the 1619 Project got several elements of history wrong, including a claim that the Revolutionary War was fought to preserve slavery.

"We write as historians to express our strong reservations about important aspects of The 1619 Project," the historians wrote in the letter, published in a December 2019 issue of The New York Times Magazine. "The project is intended to offer a new version of American history in which slavery and white supremacy become the dominant organizing themes."

While applauding "efforts to address the enduring centrality of slavery and racism to our history," the historians stated they were "dismayed at some of the factual errors in the project and the closed process behind it."

Earlier this year, Hannah-Jones claimed that opposition to the 1619 Project is not about the "accurate rendering of history."