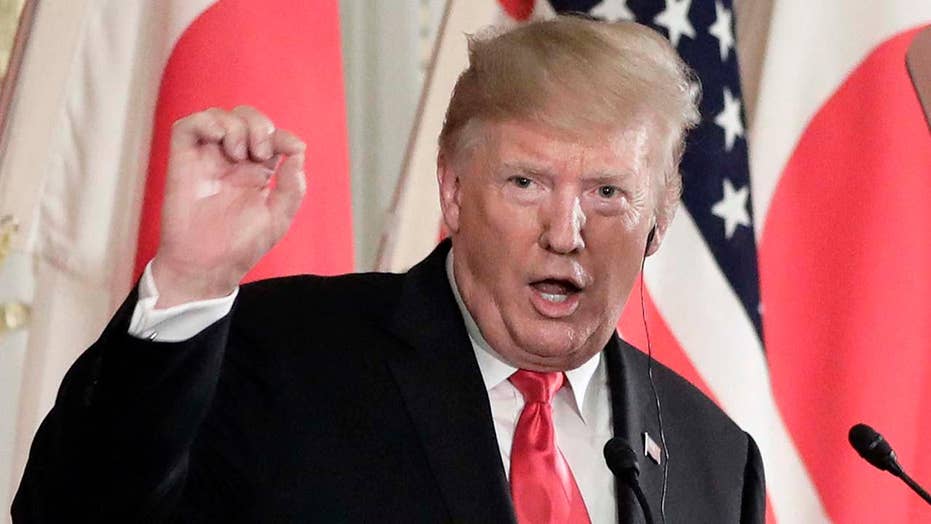 Trump: US is not ready for trade deal with China

President Trump has threatened an additional round of tariffs on Chinese exports as trade talks stall. Insight from Gene Marks, president of the Marks group.

President Trump's critics like to denounce him for coddling dictators. Among those he has been criticized for openly admiring is Chinese President Xi Jinping. But the trade war between the United States and China has exposed quite a bit of incongruity between reality and wishful Trump-hating.

Whatever praise Trump may have showered on Xi, he has doggedly pursued what he believes are America’s national interests (especially in trade) and has aggressively challenged China in ways that no American president has done for four decades.

Certainly, Trump’s comments on Xi have been weird at times, undignified at others, and absurdly entertaining almost always.

NEWT GINGRICH: TIANANMEN SQUARE SHOWS CHINA IS A DICTATORSHIP WE MUST NOT IGNORE

Exactly how a democracy is supposed to give that a shot someday is not clear. In the case of Xi, he became “president for life” by purging his enemies, abolishing term limits, suppressing dissent, and strong-arming his way to staying in power. It would not be a good look for any president of the United States.

If Xi is a king, his biggest headaches come from the U.S. president who bequeathed him that title.

Of course, Trump was not suggesting that America get rid of the rule of law or free and fair elections. He might well have been engaging in the usual Trumpian habit of fawning over and flattering his interlocutors to forge a personal relationship.

What’s more absurd and entertaining at the same time is that Xi likely might not even have welcomed Trump’s flattery.

At a dinner in Washington in April, Trump recounted a conversation with Xi. "I call him 'king,'" Trump recalled, "He said, 'But I am not king, I am president.' I said, 'No, you are president for life, and therefore you are king.' He said, 'Huh ... huh.' He liked that. I get along with him great."

Zhang Zhexin, an America-watcher at the Shanghai Institute for International Studies -- a prominent Chinese think tank -- told the South China Morning Post that it was bad enough that Trump called Xi "king" and then even worse for Trump to say that Xi liked it.

After all, however brutal or effective the Chinese authoritarian leader might be in amassing political power, he has zero interest in being compared to rulers who govern by fiat, whim, or overreach. It is not the image he seeks to portray in front of his people or his political adversaries.

Yet Trump’s off-key rhetoric and grand theatrics have not slowed him down from taking actions that incense Beijing. Having long accused China of having taken advantage of or outright “raped” the United States in trade, Trump has proudly and noisily waged a trade war against China, something that no recent U.S. president — all far more dignified in their rhetoric — has come close to threatening.

The Trump administration began imposing tariffs on Chinese imports last July. As bilateral trade negotiations dragged along, the tariffs increased along the way. By last month, after Chinese negotiators reneged on a number of agreed-upon terms, Trump increased tariffs to 25 percent on $250 billion in Chinese goods, nearly a third of all Chinese products coming into the United States.

Around the same time, the Trump administration blacklisted Chinese telecommunications equipment giant Huawei as a risk to U.S. national security and effectively barred the company from U.S. communications networks.

Huawei has long been condemned by Democrats and Republicans alike in Washington for stealing U.S. technology, spying on behalf of the Chinese government, and posing grave security threats in general.

It took a president that the foreign policy establishment regularly denounces as a lapdog of authoritarian leaders to stab this Chinese company with a pitchfork. Perhaps his predecessors were too dignified for this task as well.

Outside of the trade arena, the president’s administration has been similarly harsh on China.

In its National Security Strategy of 2018, the administration said China wants to "shape a world antithetical to U.S. values and interests." The administration indicated that it is determined to respond as China "challenge[s] American power, influence, and interests" and as it attempts to "erode American security and prosperity."

Last fall, Vice President Mike Pence delivered an anti-China speech at the Hudson Institute, a Washington think tank. He criticized China not just for the trade practices Trump likes to rail against, but also on human rights abuse, religious persecution, military aggression, meddling in U.S. elections, and spying on the United States.

None of this looks like a strategy of coddling dictators. If Xi is a king, his biggest headaches come from the U.S. president who bequeathed him that title.

This is something to think about for all the Trump=haters who cannot stop getting red in the face criticizing the president for fawning over dictators.

Ying Ma served as the communications director of the No on Prop 16 campaign in California in 2020 and as the Bay Area Outreach Coordinator of the Prop 209 campaign in 1996. She is the author of "Chinese Girl in the Ghetto."