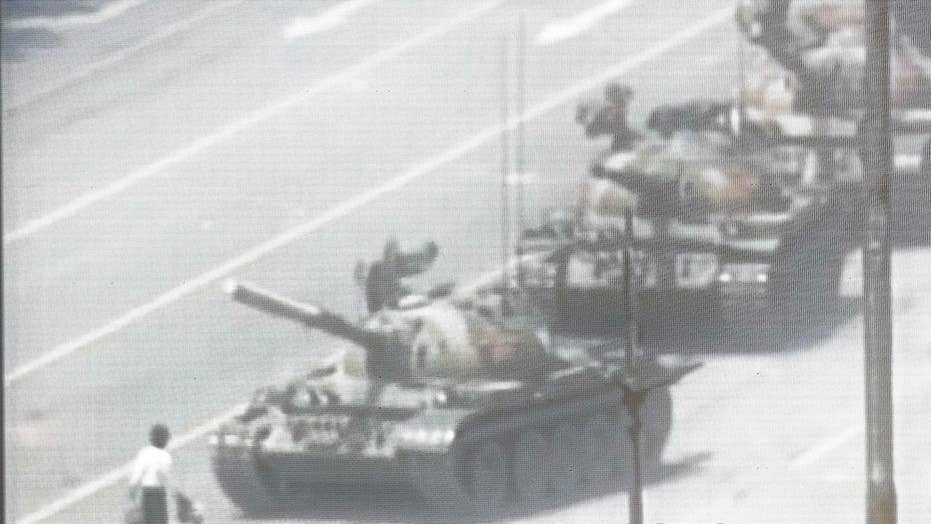 China does not recognize the anniversary of the protests and has even removed references to them from the internet; Kitty Logan reports.

The 30th anniversary of the massacre at Tiananmen Square is a good time to face the truth about the Chinese communist totalitarian dictatorship. The real lesson is one almost no one wants to think about.

My analysis of this event is influenced by new book, "Trump vs China: America's Greatest Challenge," which will come out in October, a podcast episode we recently released, and reading two books on the cost of ignoring fascist dictators in the 1930s.

Carlo Levi’s book, "Christ Stopped at Eboli: The Story of a Year," is a haunting memoir of a political prisoner in fascist Italy who is exiled to an extraordinarily poor town in southern Italy. It is worth reading on its own right because it is the opposite of the idyllic, romantic vision of "Under the Tuscan Sun." Levi’s fascist dictatorship is horrifyingly dehumanizing, corrupt, and brutal. The peasants are repressed and impoverished to a point where they have no hope, only endurance.

Equally pertinent to thinking about the Tiananmen massacre is Lynne Olson’s amazing biography, "Madame Fourcade’s Secret War: The Daring Young Woman Who Led France’s Largest Spy Network Against Hitler." Olson captures in agonizing detail the human cost of resisting the Nazis, the viciousness and brutality of the Germans during World War II, and the heartrending stories of men and women torn from their homes, their loved ones and their lives.

President Trump’s visit to Normandy to pay tribute to those who landed 75 years ago is a reminder of the price Americans and the Allies paid to defeat and destroy the Nazi dictatorship.

What does this have to do with Tiananmen Square, you might ask. Everything.

Tiananmen Square was the test of whether modernity and openness could occur within China's communist, totalitarian system or whether standing up to the state would not be tolerated. The price of dissent was prison or death.

Since then, General Secretary Xi Jinping has further consolidated and expanded the power of the totalitarian system to monitor and control the lives of the Chinese people. The private space in which one would have dissenting thoughts or share dissent with one’s family or neighbors is being squeezed more and more every day.

Some human rights activists focus on the plight of the Uighurs and other Muslim ethnic groups (more than 1 million Muslims are in concentration camps for compulsory re-education in Xinjiang province) or the Tibetans (who are gradually having their entire culture destroyed).

However, focusing on only two ethnic minorities misses the larger truth. Under the rule of the Communist Party, all of China is a police state. Every Chinese citizen is in danger of the state monitoring their every action and punishing them for deviance from the party line.

Tiananmen was an aberration only in that there was a split in the senior leadership. There were some senior leaders who wanted a more open system. However, when that toleration for dissent began to spin out of control, the most senior leaders insisted on imposing order and obedience – by force and publicly killing people, if necessary.

Xi Jinping has combined advancing technological capability for surveillance with an anti-corruption campaign which can also be seen as an anti-opponent campaign. The same goals for dispelling opposition and maintaining leadership control are reflected in the social credit score the Chinese Communist Party has created.

To understand the evolution of the Chinese communist scoring system, which will grant every Chinese citizen advantages or disadvantages depending on their social score, it is helpful to read George Orwell’s "1984" or to look at how the Stasi (the East German secret police) tried to get every East German to spy on every other East German.

The sad reality is that we today have no strategy to change the evolution of China away from a Communist Party-controlled giant surveillance system. We are not even prepared to begin talking honestly about it.

We insist on treating General Secretary Xi as President Xi even though this is a complete misstatement of his true power base. His real power comes from the Chinese Communist Party, for which he is the general secretary.

The China of 1989 that massacred citizens in Tiananmen Square was much weaker than the China of 2019. And the China of 2029 will be much stronger than the current country. At the present rate, it will be an even more controlled dictatorship oppressing people at home and selling the tools of oppression to dictators around the world.

This is the sober lesson of Tiananmen Square after 30 years.