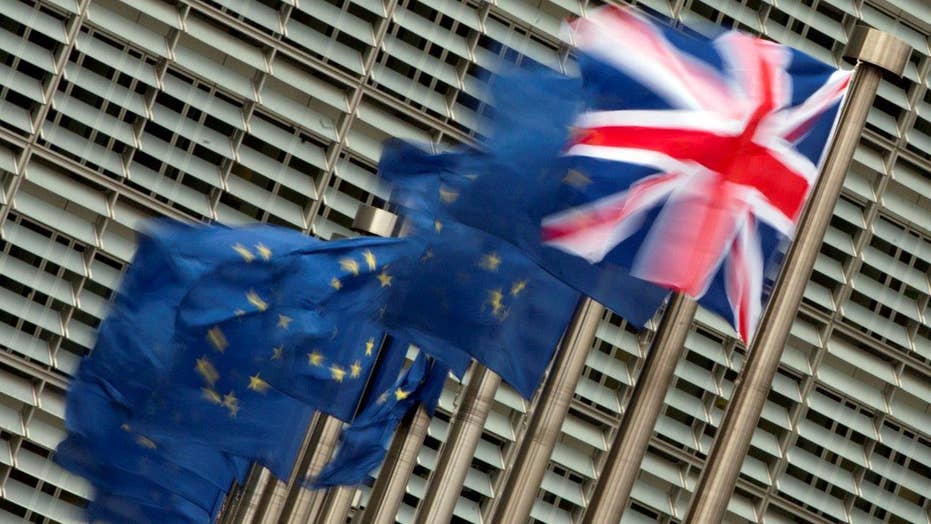 What Americans need to know about Brexit

Defcon 3: The Heritage Foundation's Nile Gardiner explains the decision on whether or not the UK will extricate itself from the EU and why it matters to Americans

The EU suffers from chronic slow growth thanks to a smothering bureaucracy and single currency that fits the needs of the continental economy like stilettos on a ballerina.

Consequently, the UK is shackled to a European economy locked in ruinous cycles of debt crises and high unemployment—especially among young people and immigrants. Resentment towards Brussels’ undemocratic and dysfunctional decision making processes makes genuine reforms all but impossible.

To the extent the UK has thrived it is because it has managed to opt-out or avoid some of the most damaging elements of Brussels’ imperial charade—the euro and Schengen Area. The latter establishes passport free travel and removes border checks on the continent, but still imposes on all EU members the immigration policies of the most open or least capable EU states.

Greece and Hungary have been unable to effectively limit and process Syrian and other Middle East refugees, and Germany—which profits immensely from the euro at the expense of its southern neighbors—is in the unusual position of having labor shortages. Once in Germany, immigrants can pretty much go where they please—including the UK—after they have been granted papers.

London’s financial center is the heart of the UK economy, and it is increasingly handicapped, like Wall Street, with an overreaction to the financial crisis by EU regulators.

Divorces are tough. Being the smaller party, the UK has been threatened, if it leaves, it will be denied free access to EU markets on the favorable terms enjoyed by non-EU members Norway and Switzerland.

President Obama—who favors stability over sorting out new relationships—has warned the UK it would have to wait until after a pending free trade agreement with the EU is completed to negotiate with the United States.

These are ill-conceived threats.

The UK is the second largest and most open market in Europe. It is decidedly freer of informal nontariff barriers to imports commonplace in Germany. It is a vitally important export market for Ireland, the former Eastern Bloc EU states and even Spain and Portugal.

Anti-EU sentiment in Spain and elsewhere would fire up if the German impulse to punish the UK prevailed in Brussels. Among former Eastern Bloc states, the blow of losing the UK market and Brussels’ ear turned deaf by Berlin would make them more vulnerable to Moscow’s power and influence.

The United States has a strong security interest in a united and prosperous UK. A policy to cut it out of trans-Atlantic free trade discussions would encourage nationalism in Scotland and weaken the UK economy, its capacity to sustain its military and support Washington, for example, in the Middle East.

London’s financial center is the heart of the UK economy, and it is increasingly handicapped, like Wall Street, with an overreaction to the financial crisis by EU regulators. While London might bleed some business on the continent to Dublin, its infrastructure of knowledgeable bankers and institutional relationships across the globe are not easily duplicated in Ireland. On the continent, banks are still saddled with bad loans from the financial crisis that Brussels and the European Central Bank are too inept to address.

London’s financial sector has reinvented itself before—notably after the demise of the British Empire following World War II. Going forward, its real opportunities and competitors are in Asia and New York.

UK financial houses have done so well, not because of moribund EU markets and burdensome bureaucracy, but because its regulators are less politically motivated and radicalized by anti-capitalist sentiment than for example, Elizabeth Warren, and are simply more transparent and reliable than their counterparts in Asia.

In the end, the UK is too important to be genuinely punished for exercising its sovereign prerogative to leave the EU and as history has proven time and again, too savvy once focused on a challenge to be denied a successful and prosperous future.