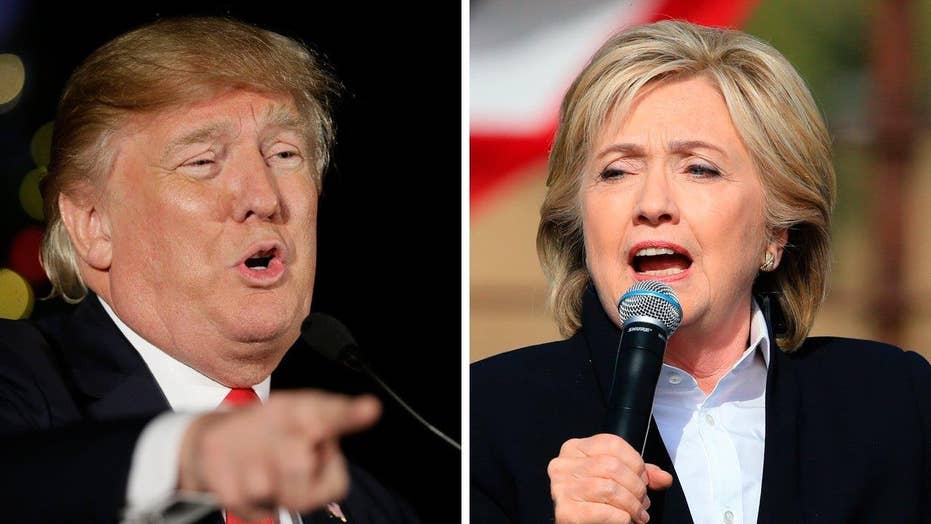 If you thought 2015 was a nasty, negative campaign year in presidential politics just wait. The safest prediction you will hear for 2016 is that this year will be the most negative, ugly, nasty campaign in modern U.S. history.

If you thought it could not get any worse than candidates on both sides being attacked -- and attacking each other as criminals, racists, sexists and liars just wait.

If you don’t think political rhetoric could get lower than using “schlonged” as a verb in an attack on Hillary Clinton or any hotter than a candidate for president of the United States declaring he wanted to find out if we could make sand in the Middle East glow, you would be wrong.

We may be waving goodbye to a politically ugly 2015 but 2016 will be an even uglier and nastier year in presidential politics.

Don’t point fingers at the candidates or the media we have only ourselves to blame.

Both parties’ frontrunners, Donald Trump and Hillary Clinton, sport upside down favorable ratings, meaning both have over 50 percent of the electorate rating them unfavorably. None of those likely to challenge their frontrunner status are rated favorably by a majority of Americans.

On the other hand, we pay attention to negative information and not only have an easier time retaining it but we are more likely to spread negative impressions of a candidate.

Negative ads are run by campaigns because they work.

When people look at the high unfavorable ratings of Trump, or Hillary or any of the others and ask how can they win with so many negatives?

The answer is simple. Just make sure your opponent’s negative ratings are higher.

With two frontrunners and fields with some pretty high unfavorable ratings both sides will do everything they can to drive the opposition’s negatives even higher.  That’s why 2016 will not be pretty.

The greatest hits of past presidential campaigns from Willie Horton, to the Swift Boats to Romney’s 47 percent may pale in comparison to the attacks that are launched from both sides in 2016.

Pouring fuel on the fire of negativity is a media that has always understood that no one rushes to their TV to watch good news and so, in today’s super competitive media environment for viewers, readers and clicks the media sounds the alarm at every turn and we respond.

Everything is an emergency, an existential threat, a disaster or perpetually breaking news.  And when it comes to politics who wants to see Bernie Sanders shut down questions about Hillary’s emails when a good schlonging and some bleeps is what gets our attention.

In decades past we would talk about all this at the water cooler at work, or across the dinner table at home or over the neighbor’s fence face-to-face with people we know but today we also have social media  -- so we can spread the rumors, the fear, and the attacks ourselves — and from all sides we do. And we often do it with anonymity and often with an ugliness we would never think of using in person.

And so all the ingredients are in place in 2016 for the ugliest, nastiest and most negative campaign since electronic media took over the process in the 1960s.

By the time of his or her inauguration, the next president of the United States will have been hammered by negative ads, attacked on social media and will have withstood more negative media scrutiny than ever before.

When the 2016 election is over the next president is likely to be viewed unfavorably by over half of us. The winner will be untrusted and unable to unite the country to face the real challenges confronting our nation.

A congress that will be held in even lower esteem won’t be much help.

The right track, wrong track numbers produced by a bewildering number of pollsters will continue to fall.

Don’t blame Donald Trump for this, or Hillary Clinton, or Barack Obama.  Don’t blame the media.  It’s not Facebook or Twitter. It’s us.

We are doing this  We respond to negative news and negative attacks.  We don’t believe or we discount or pay little attention to positive information.

We live in the most prosperous nation on earth, a country that is undoubtedly the safest place to live in the world but with all our technology and our media it is still fear, resentment,  anger and far too little awe that drives us.

The worst thing about the polarizing negativity of the 2016 presidential campaign is our own participation in the continued destructive unraveling of trust in each other as Americans.

If we do not return civility to our politics no one — not the candidates or the media — will do it for us.  They reflect us and not the other way around.

If we do not start to listen to and trust each other more, if we do not begin to give people we don’t agree with the benefit of the doubt  — it will be us that continue to corrode and destroy the bonds that have sustained us as a nation.

178 years ago in January of 1838 Abraham Lincoln gave his Lyceum Address in which he made his prediction about the threat to our institutions and our republic.   Lincoln had no way of knowing about Ebola, ISIS, cable news coverage of missing airliners or negative TV ads.  But he knew what the real danger was to our nation:

“If it ever reaches us” he said of the danger “it must spring up amongst us; it cannot come from abroad. If destruction be our lot we must ourselves be its author and finisher. As a nation of freemen we must live through all time or die by suicide.”

The polarization and negative spiral of our politics begins and ends with us.  We can each commit to do what we can to end that spiral now or the campaign of 2016 is only likely to hasten our way further down the path Lincoln predicted would take us to the brink.

A prediction that I hope turns out to be wrong.