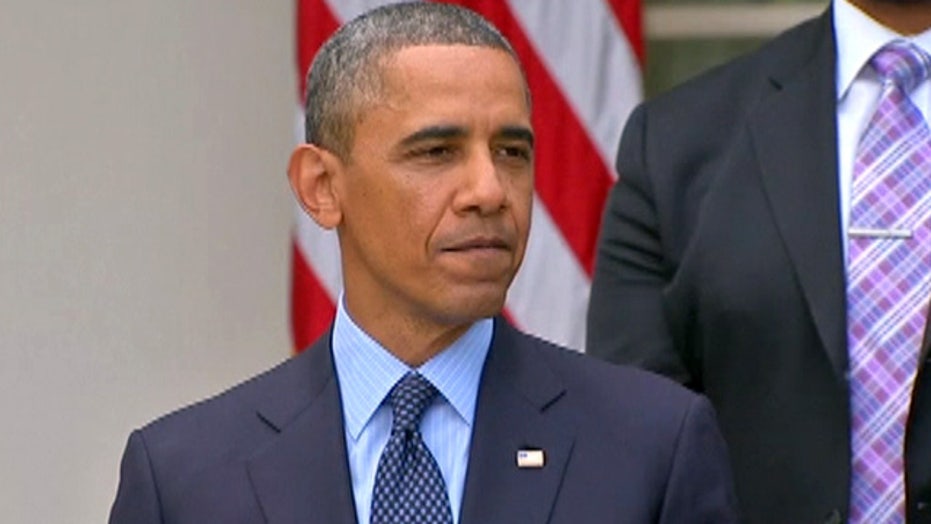 After failing to get his gun control bill passed by the Senate Wednesday, President Obama lashed out at his usual favorite targets, "the gun lobby" and Republicans.

He claimed "the gun lobby and its allies willfully lied about the bill." He scolded "senators [who] could not offer any good reason" to oppose the legislation. And sharing the stage with some of the heartbroken families from Newtown, Connecticut, he attacked Republicans as being unwilling to "protect the lives of all our children."

But who is really lying in the gun debate? Mr. Obama's case in favor of background checks rests on two false claims that he keeps repeating: “as many as 40 percent of all gun purchases take place without a background check” and that "background checks have kept more than 2 million dangerous people from buying a gun.”

Yet his claims only make sense if you ignore that the vast majority of these "purchases" are within family gifts and inheritances and that these "dangerous" people are actually law-abiding citizens who were accidentally stopped from buying a gun simply because they have a name that is similar to a criminal's.

It is one thing for Obama to claim that he disagrees with what Republicans think works. It is something entirely different to say that Republicans don't care about the deaths of young children or that they are purposefully letting those deaths happen.

People who oppose Obama's policies could just as easily say that by not fixing the background checks system that stops 2 million law-abiding citizens from buying guns, and delays more than 12 million more, that Obama also wants people to die -- that he wants to prevent people who quickly need guns for protection from obtaining them.

But would demonizing our president that way be useful? Would it really help get everyone together to help make a deal?

So did Obama really want to get the gun bill passed or was he just trying to position himself politically to attack Republicans?

There were several simple and obvious things that he could have done that very likely could have gotten the Manchin-Toomey gun control compromise passed:

- Suppose that, despite the evidence, Obama is right that expanded background checks will reduce crime. Everyone would benefit, not just those legally buying guns, right?

In that case, everyone, not just gun owners, should pay for the cost of running background checks. Unfortunately, the checks being considered by the Senate make only gun buyers pay the costs.

Fix: Pay for the background checks out of general revenue.

- Obama could also finally agree to get the problems with the current background system fixed so that many law-abiding citizens who are stopped or delayed from being able to buy a gun would be able to do so.

Fix: It would be nice if the system finally lived up to its name of being an "instant check."

If the president doesn't want to pick up the costs of fixing the system, then maybe he can explain why he doesn't think the costs are worth it.