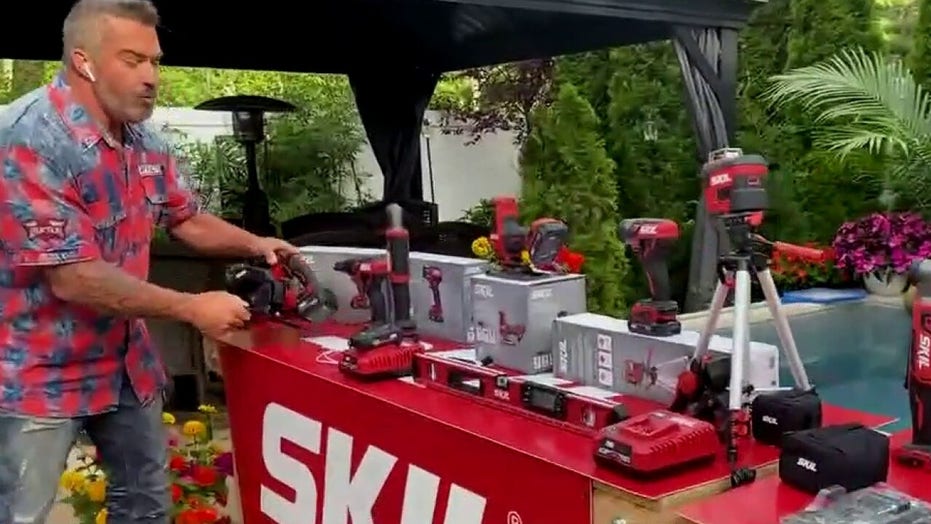 Father’s Day is this Sunday. Perhaps you’ve let things slide a little, and haven’t picked out a gift for your dear old dad. Don’t worry. As a father of five, I’m here to help.

Let’s start with the basics. No paterfamilias wants a “World’s Best Dad” coffee mug. It’s too contrived, and if coming from a teenager, is likely given with a dollop of irony. We know we missed a game, a recital or two –  an “Among the World’s Best Dads” mug would do just fine.

Don’t bother with a store-bought greeting card, either. Nothing against them, but the birthday five-spot we used to get from an aunt or grandmother long ago was special. When we open your card and nothing falls out, we can’t help but feel a little disappointed. It’s conditioned behavior – more on that later.

MIKE KERRIGAN: 'THE HUNT FOR RED OCTOBER' HAS THIS TIMELESS MESSAGE FOR AMERICANS TODAY

You might think a homemade card or art mitigates this risk, and to some extent it does. Homemade gifts are especially lovely when they come from young children. Here, however, a strange rule applies: The poorer the craftsmanship and stranger the objet d’art, the more treasured the gift.

My mother still keeps in her home the clunky, wooden “Mom’s Kitchen” sign I made for her when I was seven. It looks like I painted it while wearing mittens and under extreme duress.

She loves it all the same and almost certainly would rescue it were her house aflame. A non-smoker, I’ll surely cherish no less the ugly clay ashtray my son Finn made for me when he was around the same age.

Of course, if you’re twelve or over, you probably shouldn’t go the homemade route if you lack artistic talent. Anything from a poem to a potted flower crafted from pipe cleaners and tissue paper is fine.

What we want most of all on this day cannot be wrapped: It’s for our sons to be good fathers and our daughters good mothers to their own children, now or, if family becomes their vocation, in the future. Just like we’re trying to be.

If it comes from your high school sophomore, though, it will be judged by a different standard than the aforementioned ashtray.

A Spotify playlist is a thoughtful gesture, the scoring of the Father’s Day soundtrack. Just don’t go there if you’re incapable of leaving Harry Chapin’s classic “Cat’s in the Cradle” – that haunting and lyrical parenting admonition -- out of the mix.

Remember how I mentioned conditioning? Well that song is pure Pavlov’s bell to many a manly tear duct, and no sense rendering the big fella a puddle on his special day. Just go with something like Ricky Nelson’s “Garden Party” instead and move along.

This one’s easy but important -- indulge the dad jokes all day long, no matter how many times you’ve heard them. If your pops asks you what a pirate’s favorite letter is, guess “arrr” even though you know it’s not the right answer. That way he can summon his best buccaneer cadence and deliver the punchline: “No, his first love be the C”.

Last, be careful what you watch on Father’s Day.

I’m not saying “Field of Dreams” is off-limits, but we’ve already established it’s a day for joy, not tears. If your old man can make it through the “you wanna have a catch” scene at the film’s end without seasonal eye-allergies kicking in, he’s made of sterner stuff than I am.

There’s good news in these pro-tips that I hope you haven’t missed. It’s simply this: You don’t need to make or buy us dads anything.

What we want most of all on this day cannot be wrapped: It’s for our sons to be good fathers and our daughters good mothers to their own children, now or, if family becomes their vocation, in the future. Just like we’re trying to be.

I say “trying” purposely. With all due respect to the Peace Corps, fatherhood is the toughest job I’ve ever loved.

Many dads, myself included, benefited from having a good role model in their own fathers. They are fortunate.

Others weren’t so lucky, but still manage to be the best fathers they can, day-in and day-out. They are amazing, for as the saying goes, “to be born a gentleman is an accident, to die one is an accomplishment.”

Anyway, that’s what many of us dads want, to keep this glorious thing called family going strong for another generation. Commit (or recommit) to doing that, and Father’s Day surely will be special for your dad, wherever he might be.