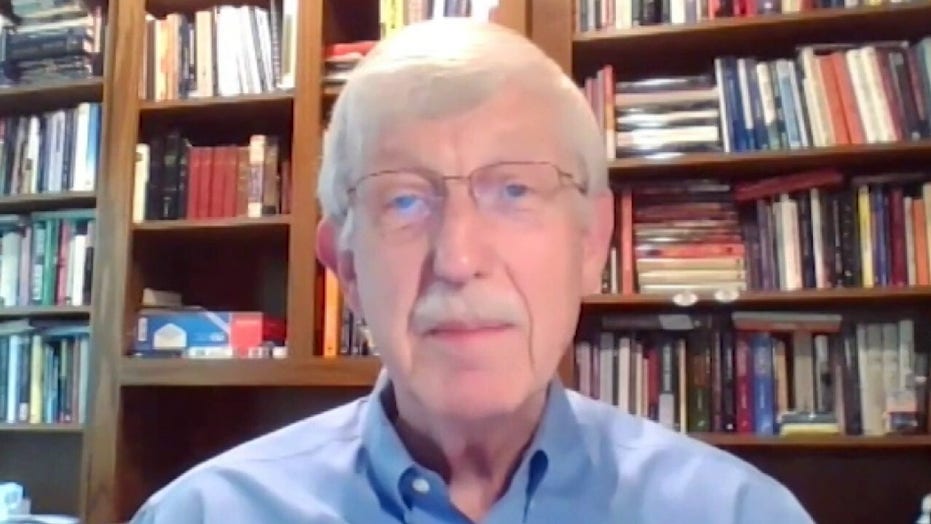 Lauren Green talks to the director of the NIH.

The current worldview is that science and faith don't belong in the same sphere, let alone the same room; that they occupy different and wholly different realms.

The "you have Faith, and I have Reason" dichotomy is a mindset that began with the Enlightenment and  Darwin's theory of evolution. But it's one that concerns Dr. Francis Collins.

Collins says, "It is troubling, really, that this is seen as such an anomaly because that's not been the case down through most of the last many centuries of science, where most scientists were also people of faith."

Collins is head of the National Institutes of Health and this year's winner of the Templeton Prize -- an honor awarded to those making great strides in the area of science and faith.

He and the NIH are at the forefront of finding treatment options and a vaccine for the coronavirus, which has unleashed a pandemic that has brought death to hundreds of thousands of people worldwide.

Collins was once an atheist who found faith in Jesus Christ after he realized that science had limitations. He says while science has the tools able to dissect and observe the working of a cell or the age of the universe...  it is not so good at answering questions that start with "why?"

For Collins, the questions include: "Why am I here? Why is there something instead of nothing? That's the most fundamental question of all," he says.

Dr. Francis Collins, director of the National Institutes of Health and winner of the  $1.3 million 2020 Templeton Prize for his “integration of faith and reason.” (AP)

Speaking during an interview on my podcast “Lighthouse Faith,” Collins said, "So if you want to be limiting yourself to the questions that science is good at answering. That means you're only studying natural things. That means you're kind of saying nothing else matters or could actually be true. And I think that's an impoverished view of what we as humans might be interested in trying to explore.

So I find it very enlightening and am very comfortable to have both the scientific and the spiritual perspectives in front of me on any given day. And there's no firewall between them."

And humanity has benefited from that "no firewall" that he describes.

Collins is the author of several books including the best-seller "The Language of God: A Scientist Presents Evidence for God” (2006)

He also led the team of the National Genome Project, that 20 years ago mapped out the human genetic code... A 3 billion letter DNA sequence living in each human cell.

For Collins there is an urgency to finding a vaccine for COVID-19 at this moment: Saving lives.

"What is unprecedented about this virus, which makes it particularly dangerous and troubling, is its ability to spread so readily from one person to the next and to do so for people who don't even have any symptoms. We just haven't really seen something like that before."

Collins estimates that "Maybe 40 percent of people who get this infection don't even know it, but they can pass it on."

However, there is also some very good news. Collins says, "We now have a number of those [vaccines] that look pretty promising' in early phase one trials with a small number of people... and we're ready to start in July, the large scale trials to find out whether these really are protective and safe."

A vaccine could be ready before the end of the year; a process that normally takes years has been shortened to months.

And there's even better news he says. "If there's one thing that's more infectious than this virus, it's hope. And so I would want people to take that hope, to live it out, to pass it on to the people around you, to maintain a sense that God is still in charge. And we're going to get through this."