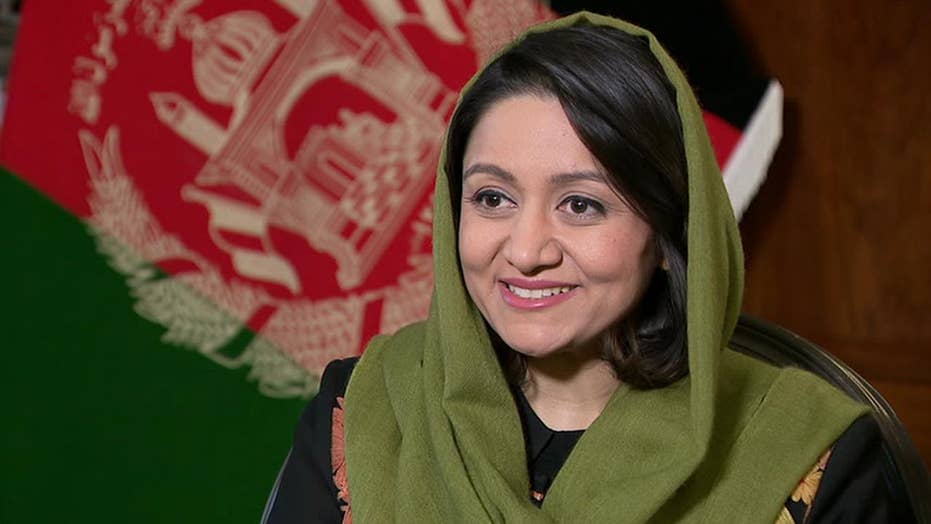 The American people want out of our endless wars in the Middle East. This is a rare, nonpartisan issue our divisive political climate. President Trump ran on this concept in 2016, and the 2020 Democratic field of candidates vying to take on Trump is echoing the sentiment as well.

When the campaign rhetoric fades, “ending the endless wars” is hard to form into coherent foreign policy. No serious president can afford to walk away from the Middle East without exposing us to the threat of terrorism or of losing the strategic fight to regional competitors such as Iran or near-peer competitors such as Russia and China.

The national security establishment presents the complex issues in the Middle East as a binary choice. They suggest we must either fight until we secure a victory they cannot define, or that we must pull everyone out and retreat from the world.

This is a false choice. We have other options. To understand our options we must accept that we have failed in our post-9/11 wars.

We have failed because we refuse to accept that war and international power have changed. If wars could still be won by a decisive military victory against a foe able to accept the terms of surrender, the U.S. would have no rivals. We would experience victory whenever we chose to use our military might.

The main reason we have failed in our post-9/11 wars is our inability to define a clear mission. What is the goal of the War on Terror?

For proof of our failures, look no further than our most infamous post-9/11 wars. Afghanistan just had its most lethal year for U.S. troops since 2014. To add insult to travesty, the release of the "Afghanistan Papers" closed out 2019, exposing lies that attempted to cover up nearly two decades of failure.

Iraq, despite years of experts claiming that the government we installed was a stable partner, teeters from disaster to disaster. Iraq has been our most costly and controversial chapter in the War on Terror, and it now threatens to ignite a new conflict with Iran.

Our terrorist enemies elude defeat by abstaining from decisive engagement in battle, rendering our tactical victories meaningless in the long run. Our strategic rivals, Russia and China, thrive when we are over-extended in wars that we have no hope of ending. Our conflicts also keep us busy in non-strategic areas while Russia and China strategically maneuver abroad and conduct information and economic warfare against our homeland. Our strategic rivals win when we expend resources with no return on our investment.

The main reason we have failed in our post-9/11 wars is our inability to define a clear mission. What is the goal of the War on Terror? Immediately after 9/11, we set out to destroy Al Qaeda. But within a few months, we completely deviated from that clear objective and began nation-building, first in Afghanistan, and then in Iraq. We have not recovered since.

We fight terror to eliminate those who seek to attack our homeland. The ability to locate and kill these terrorists does not require the U.S. to expend resources toppling, propping up or building nations. The myth of “fighting them over there so we don’t have to fight them here” is not supported by data. Most of our casualties in the War on Terror have not been inflicted by terrorists or insurgents who possess the intent and capability to attack us outside their countries. Most of the enemies we are fighting in Iraq, Syria and Afghanistan are fighting for local or regional goals.

The majority of post-9/11 attack plans against the homeland emanated from Yemen and Pakistan and were thwarted by our intelligence and law enforcement efforts, not due to an enduring military presence on the ground.

Our goals in the region are to ensure that bad people do not physically hold enough ground to dedicate time and resources to launching attacks against us. We also need to contain Iranian aggression and prevent them from obtaining a nuclear weapon. Additionally, we must check Russian encroachment and limit their influence on allies such as Turkey, which would threaten our European allies.

To accomplish these goals we must be judicious with our power and only extend force when and where we must. Luckily, many of our goals are complementary. Our first goal, protecting our homeland from an attack by the Islamic State or Al Qaeda, complements our need to push back on Iranian expansion.

ISIS is an existential threat to Iran and its allies, they are fighting over the same terrain for different objectives, their continued non decisive conflict is in our interest. We can prolong their fight by limiting our strikes against either side and maintaining clandestine ties with members of both sides. Both sides will be highly motivated for funding, air support and weapons. We can exploit their immediate tactical needs for our strategic gain.

The fight between our radical Islamist enemies will be brutal. We must limit our risk by removing the vast majority of our troops, especially those operating in an overt capacity, from their reach. Our bases, patrols and meaningless engagements with the locals only serve as opportunities to attack us. We can launch any limited military operations we need from neighboring countries.

Simultaneously, we must sanction Iran, Iraq and Syria to limit Iran’s reach. Iran’s inability to fund their proxies will limit their influence on the region and allow us to have more influence on cash strapped militias.

Allowing the Islamic State, Al Qaeda and Iran to fight also complements our strategy of limiting Russian expansion in the region. Russia is committed to ensuring port access in Syria and is seeking influence with Turkey. This places Russia in the center of our enemies, attempting to appease all sides and prime for military and economic over-extension.

If we remain spread across the region, our enemies retain the ability to strike us. If we remove ourselves, we take that option off the table, and we are free to use our economic power and intelligence services to achieve our goals.

We can exert additional pressure on Iran and Russia by ending our futile efforts in Afghanistan. The result will look the same whether we leave tomorrow or in another 18 years. The Taliban will return. The only thing we need from Afghanistan is to ensure it is not used as a staging ground for terrorism.

We can accomplish this through a combination of extending our covert drone war from Pakistan and by paying off key members of the Taliban to give up foreign terrorists for financial gain. Simply put, we offer them the chance to get rich or get bombed. The Taliban may also be used to destabilize Iran’s eastern border, allowing our rivals to fight each other.

If we remain spread across the region, our enemies retain the ability to strike us. If we remove ourselves, we take that option off the table, and we are free to use our economic power and intelligence services to achieve our goals.

We have a hard time accepting that war is no longer waged against a clear enemy. The lands we are fighting in are not occupied France. If the region changes, it will be gradual. It's on the people of the region to crush the radicalism that currently dominates them.

Until that day, we must define what we need from the region and take decisive and sustainable action that does not entrap us in wars with no end or gain.

Joe Kent is a retired Army Special Forces chief warrant officer who served for over 20 years and completed 11 combat deployments. He is also a Gold Star husband. His wife, Navy Senior Chief Petty Officer Shannon Kent, was killed in 2019 conducting special operations against ISIS in Syria.