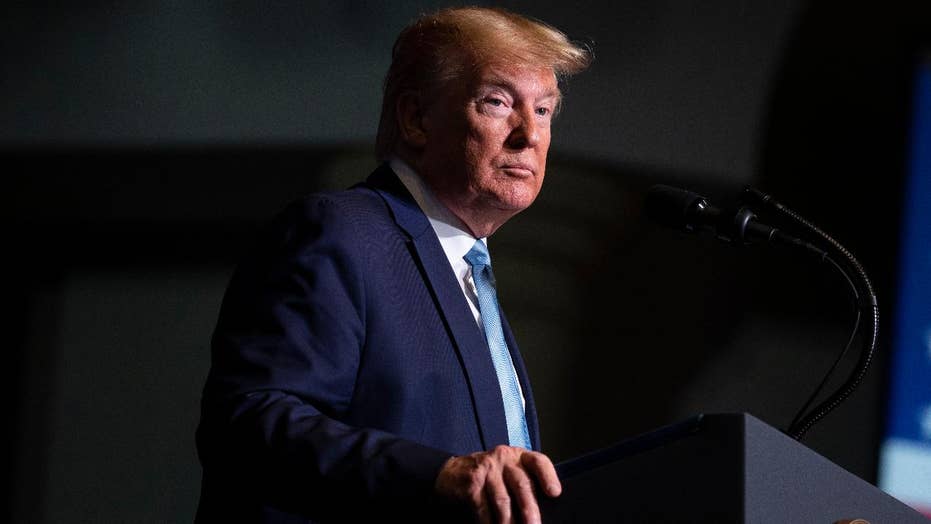 ‘Fox and Friends’ discuss the legality of the U.S. strike on Gen. Qassem Soleimani.

Iranian retaliation is now clearly inevitable for President Trump’s decision to order the killing Thursday of terrorist Gen. Qassem Soleimani. It appears this will set off a chain reaction of strikes and counterstrikes that will plunge America into a new “endless war” in the Middle East – unless we act to prevent it.

This is a war we don’t need. The best way to keep it from happening is to withdraw U.S. troops from Iraq – a nation where the government no longer wants us, and which has allied itself the virulently anti-American regime next door in the Islamic Republic of Iran.

The truth is that we have no vital U.S. interest in Iraq and there is nothing there worth fighting for.

Right now the only question is when and where the Iranians will strike, and how the U.S. will respond.

And the Iranian-supported Iraqi terrorist militia Kataib Hezbollah – which led the attack on the U.S. Embassy in Baghdad Tuesday – issued a warning to Iraqi security forces to stay more than a half-mile from American military bases starting Sunday night.

As a retired Army Special Forces soldier with 11 combat deployments and as a Gold Star husband whose wife was killed in Syria last year while serving in Navy special operations, I know firsthand the terrible cost of war.

Meanwhile, President Trump tweeted Saturday: "Let this serve as a WARNING that if Iran strikes any Americans, or American assets, we have targeted 52 Iranian sites (representing the 52 American hostages taken by Iran many years ago), some at a very high level & important to Iran & the Iranian culture, and those targets, and Iran itself, WILL BE HIT VERY FAST AND VERY HARD."

Unfortunately, Iran knows exactly how to rain rockets down on American installations in Iraq, crippling critical roads and killing and maiming our troops with armor-penetrating roadside bombs. Iran has had 17 years of practice attacking U.S. forces in Iraq and controls parts of the Iraqi security forces that are supposed to be allied with America.

Of course, the U.S. military has planned for this and – as President Trump said in his tweet – is prepared to defend and fight back. Like it or not, this will most likely escalate into a full-scale U.S.-Iran war.

With war on the horizon, we must demand a clear objective for staying, fighting, spending taxpayer dollars and most certainly sending some of our young men and women to their deaths.

Getting into a war is easy, but getting out of one is much harder. As a retired Army Special Forces soldier with 11 combat deployments and as a Gold Star husband whose wife was killed in Syria last year while serving in Navy special operations, I know firsthand the terrible cost of war.

Before getting into a new war, we need to ask: What is the vital U.S. national security at stake? Washington's answer is to maintain a secure U.S. Embassy in Baghdad and to secure U.S. bases.

But let’s go one step further: What is the mission of the embassy and our bases? Our stated reason for remaining in Iraq is to help the Iraqis destroy the ISIS terrorist group, build the fighting capacity of the Iraqi security forces, and assist with the growth of Iraq’s economy.

But none of these issues affect the American people to the point that we need thousands of troops on the ground. If ISIS returns, let it fight it out with its Shiite rivals loyal to Iran.

It is clear by its actions that Iraq’s government cannot or will not break its growing alliance with the government of the anti-American dictatorial regime that rules Iran – despite mass protests by Iraqi citizens demanding such a split.

Before we get sucked into another iteration of an “endless war” we must make the Iraqis choose between an alliance with the U.S. and access to the world economy, or an alliance with the terrorist state of Iran that oppresses its own people and stages rallies where thousands chant “Death to America” and “Death to Israel.”

The prime minister of Iraq has already condemned the U.S. killing of Soleimani, despite the fact that the Iranian terrorist general had the blood of more than 600 dead Americans and thousands of dead Iraqis on his hands.

And the Iraqi Parliament may vote soon on whether U.S. forces should be allowed to remain in the nation. Let’s be clear: this vote will determine if Americans stay to remain in striking distance of the Iranians, pay for operations of the Iraqi military and prop up the Iraqi economy.

There is no reason for us to anxiously wait for the results of the vote. America does not need this arrangement – Iraq does. The vote will play out on sectarian lines with the Shiites voting for us to leave. We need to beat the Iranians to the punch and get our people out of striking distance before that, instead of simply waiting to be attacked again.

Iran’s strength is its use of insurgent and terror tactics. America’s strength is our ability to project power. We are fools if we stay in striking distance of Iran, playing to its strengths.

U.S. forces are fully capable of striking from afar and crippling Iraq and Iran economically if that become necessary until Iraq decides it wants to join the rest of the world and detach itself from Iran’s axis of ruin.

If we keep our roughly 5,000 troops in Iraq – or add more troops – we are likely to be drawn into a war with Iran that will be impossible to withdraw from, just because we killed Soleimani and eight other terrorists who were with him in the drone attack President Trump ordered.

History has shown us repeatedly that small skirmishes can lead to big wars.

Our recent wars all started on high notes with displays of our military prowess, only to slowly draw us into long and costly conflicts. A new war with Iran is not in America’s national interest. It’s time to get out of Iraq before this war starts.

Joe Kent is a retired Army Special Forces chief warrant officer who served for over 20 years and completed 11 combat deployments. He is also a Gold Star husband. His wife, Navy Senior Chief Petty Officer Shannon Kent, was killed in 2019 conducting special operations against ISIS in Syria.