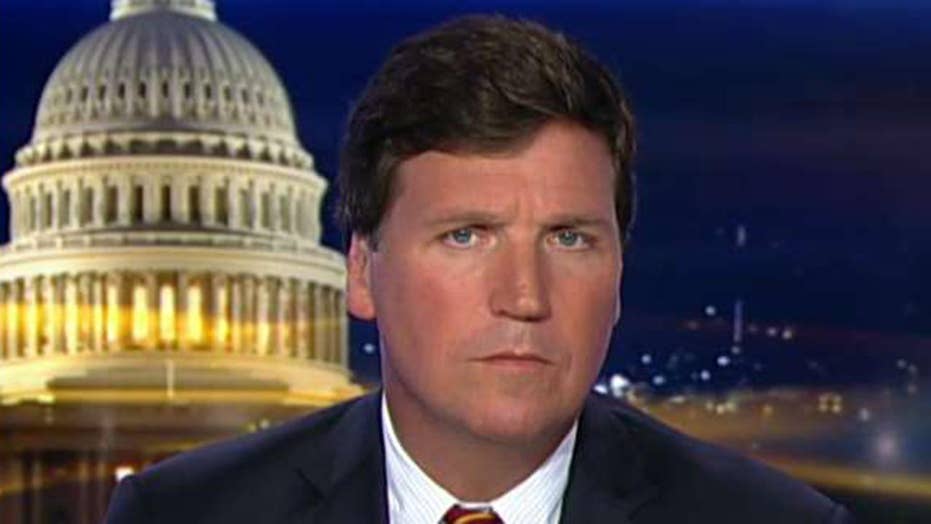 Tucker: The Russia story can not die

It’s been a bewildering couple of months for Bill Barr. Imagine you're Bill Barr. Barr first served as Attorney General in the George H.W. Bush administration. That was 1991. Alexandria Ocasio-Cortez was just two years old at the time. -- That's how long ago it was.

Then this February, purely by process of elimination, basically as he was the one guy could get confirmed, Barr became Attorney General of the United States once again.

The Mueller investigation was nearly over when he got the job.  Barr probably didn't expect to become a major figure in the Russia story because he had nothing to do with it.

As far as we know, Barr never met with secret agents in Prague.  He never texted Vladimir Putin on his Blackberry. He never managed a Macedonian content forum.

If Barr betrayed this country for a sack of rubles or a case of vodka, nobody has ever proved it. But it doesn't matter. The Russia story cannot die.  CNN, The Washington Post, the Democratic Party, many others have too much invested in that story.  The fact it's been proven to be untrue is irrelevant to them.

Bill Barr is a handy way to keep Russia in the news.

Watch Thursday's talking point in action. Somewhere in the basement of the Democratic National Committee, some messaging consultant has decided that credibility is the cost-effective line of attack.  Here’s what some prominent Democrats said on television Thursday:

John Berman, CNN anchor:  You are now joining the chorus of Democrats saying he should resign.  Why? Sen. Richard Blumenthal, D-Conn.:  Well, first of all, his credibility was shredded yesterday.

Sen. Cory Booker, D-N.J., presidential candidate:  He has burned through any credibility he had in that role, and he should resign.

What we have here is what we always have here every single time.  We have projection. They call you what they themselves are, whether it's privileged or bigoted or hateful, or in this case, fraudulent.

These are the same people who spent two full years ginning up hysteria over a bogus story. But as the rest of us, they tell us with a straight face who lack credibility.

These are the people who hated the results of a democratic election so much that they dropped everything and worked tirelessly for years in order to nullify that election.  So guess what they're calling other people now: Enemies of democracy.

Rep. Sheila Jackson Lee, D-Texas:  The Attorney General joined with his supervisor, the president of the United States, [and] decided to show the American people that this is not a democracy.

Rep. Hank Johnson, D-Georgia: Stop this attack on our republic and save this nation, its democracy.

English is the largest language in the history of the world, more nouns, more adjectives, more verbs in any language, ever.  And yet, night after night, we've managed to find tape of people saying exactly the same thing.  It’s almost like it's coordinated.

Tonight it's "They're attacking our democracy," says the guy who refuses to wait until the next election to throw out the elected president.  OK.  It went on like this Thursday and on and on. Democrats stopped, in the end, trying to make a rational case for their position or even use words.  By the end, they were resorting to prop comedy.

Here's Congressman Steve Cohen of Memphis in this exchange with a reporter:

Reporter: We are looking at images of you at that committee hearing today with what appears to me a bucket of fried chicken and oh, there it is.  You brought props I see with you here.  What is the message you're trying to send?

Rep. Steve Cohen: The message is that Bill Barr is a chicken.  He was chicken to come to the House Judiciary Committee, he does not deserve respect.  He has lowered the bar for lawyers and for the attorney general.

"He deserves no respect.  He has lowered the bar," says the guy who just brought a bucket of fried chicken on to the House floor.

So how long does this circus continue?  And by the way, why is it still in progress?  Why hasn't it left town yet?